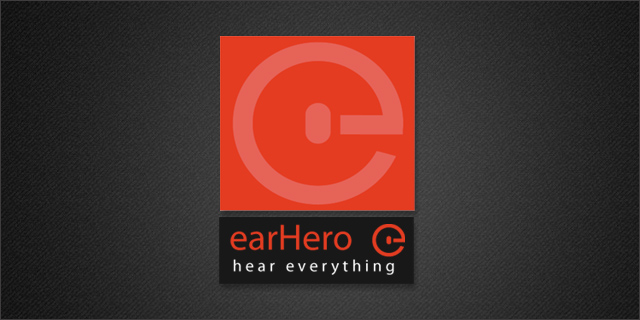 People love being connected to their devices through earphones, but being plugged in has its disadvantages – a report this year revealed that the number of headphone-wearing pedestrians seriously injured or killed near railways or roadways has tripled within six years. That’s why earHero, an earphone that allows users to enjoy music and calls while maintaining total sound awareness, is such a breakthrough in the industry.

Designed by audiologists Matt and Mali Murphy, earHero provides an elegant solution to users who need to stay connected while maintaining awareness of sounds around them. Users are able to listen to their device while being able to identify whisper level sounds from yards away. The earphones are designed to reduce ear fatigue, but still provide excellent sound quality. Additionally, the earHero wires are thin and clear, making them virtually undetectable.

EarHero was intended primarily for the security market. The product is starting to be adopted by high-profile security and law enforcement agencies, which include the FBI, CIA, and the United States Secret Service. Compared to previous devices, such as the cumbersome coiled earpiece, earHero provides an effective, low-profile, and comfortable solution for special operatives.

Matt Murphy presented the technology to top FBI leadership at their national headquarters to encourage early adoption. They were impressed with the technology, and as a result, earHero has been used by several prominent operatives, which include secret service agents who protected presidential candidates during this year’s election. earHero recently released these earphones into the recreation market targeting skiers, runners, bikers, and anyone with an active lifestyle who would like to listen to music, yet maintain awareness of the sounds around them.

earHero is also starting to gain traction in its home market of Idaho. Just a month ago, earHero was recognized as the Commercialized Innovation of the Year at the annual Idaho Innovation Awards, and the earHero team also recently presented their product at Tech Cocktail Boise. The founders believe that creating total sound awareness with earHero will save lives, which is why they hope their product will be recognized as the world’s safest earphones.

Malcolm Hong is a writer and tech advocate with a passion for innovation. He’s connected to entrepreneurism and technology through his work managing the activities of the Idaho Technology Council, the state’s largest member-driven association that fosters the growth of Idaho’s tech ecosystem. Originally from Hawaii, Malcolm quickly realized that Idaho does a great job of growing startups, not just potatoes. Follow Malcolm on Twitter: @IDTechCouncil