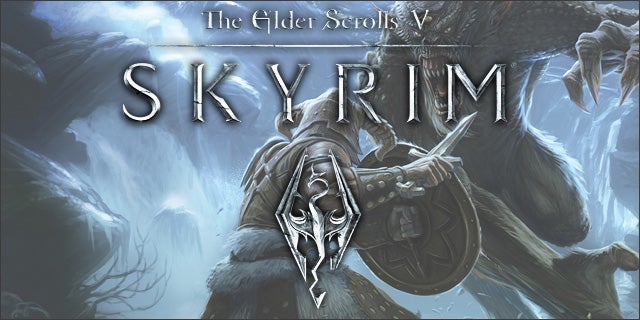 The Elder Scrolls: Skyrim, published by DC-based Bethesda Softworks, is one of the most successful games of the past year. The action role-playing game is the 5th installment in the Elder Scrolls series, and according to Eurogamer.net, by December 16, 2011, 10 million copies have been shipped to retailers and already it has raked in $620 million.  The reviews have been glowing: Metacritic gave the XBox 360 version 96%, PC 94% and PS3 92% – impressive scores.

But why is Skyrim so successful?  Besides its impressive marketing  strategy,  Skyrim is an open-world RPG game.  You can walk literally everywhere on the map. There are hundreds of dungeons and character voices and a very appealing story. But what makes this game even more interesting is the inclusion of unscripted moments using the “radiant story” technology. This technology acts as the narrator in the game; the story adapts according to your actions, adjusts the level of difficulty based on your skills and changes questions asked depending on how you play. Even though the main quests are already scripted, radiant story enriches and proposes new side quests.

In addition the visuals are stunning. The scenery has been improved dramatically from the previous installments –  landscapes, mountains, and waterfalls are depicted with an incredible level of detail.  Just climbing a mountain is a beautiful visual experience.  Similarly, the musical score is probably one of the best that I have heard lately.

Skyrim also has an incredible variety of weapons, armors and spells that make the game really fun. The combat system is done from a first or third person perspective, and the enemies are varied – you can fight a skeleton to powerful dragons.

Skyrim also has a high replayability value. Each time you play the game, there is a different adventure. You can make the game as long as you'd like. According to PCGamer, it is possible to finish the main quests in 30 hours; however, additional and adaptive content can make the game 200 or 300 hours long.

Finally, this game has social media integration, allowing for impressive collaboration culture between players. There are plenty of sites where players create walk-throughs, build wikis, share tips and discuss different experiences.  Skyrim is a unique, adaptive role-playing experience, and it is definitely worth a try.

Salvador Garcia Martinez is currently collaborating as a researcher at the Technoculture, Art, and Games research centre; he is also a doctoral student in Educational Technology at Concordia University in Montreal. He has professional experience as a software developer, web designer, and instructional designer. You can connect with him on linkedIn or his personal website or follow him on Twitter @salgarciam.