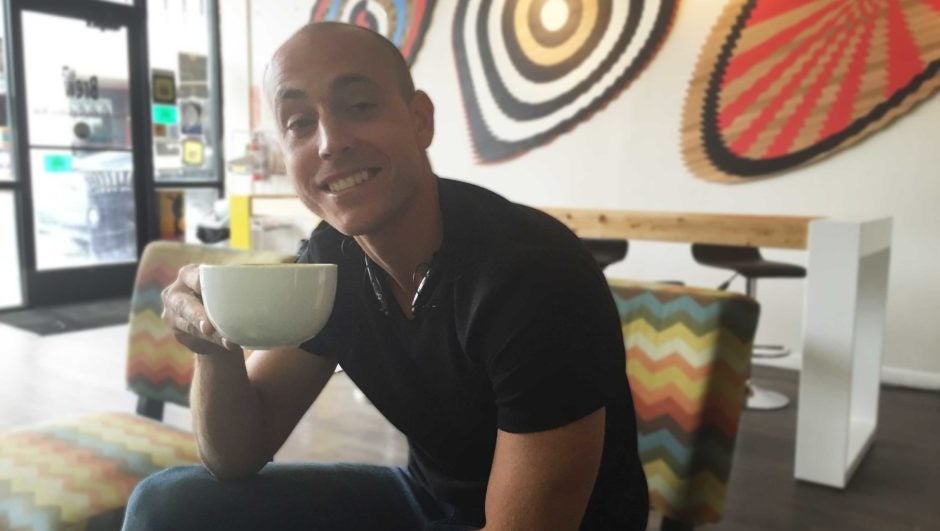 When the chips are down, it's hard not to take the first life line someone gives you. Entrepreneur Brandon Trebitowski made a decision early in his career to not go the “normal” route. Back in 2008, he started a blog that soon reached an audience of hundreds of thousands of readers.

But that initial buyout was what led him to consider his next big step.

Straight out of college at the University of New Mexico, he had an offer of a job from Lockheed Martin, but he also had an offer from a startup. After conferring with his wife, they decided to take a leap of faith.

“It's not something that's for everyone. I get that some people are comfortable with a steady paycheck. You have to be willing to take risks.”

Fortunately for Brandon, it was a risk that paid off. For four years, he built Burnside Digital‘s mobile engineering department and loved the work he was doing in building applications.

The Next Big Thing

The chance to build his own company as an entrepreneur happened in 2012 when his position was eliminated. He was laid off but was going to take it as a sign of motivation rather than despair.

“I took my laptop to a coffee shop and I found my first client on that day. I've never looked back since.”

Once Brandon had the basics all set up, he quickly realized he had too much work to get done and not enough time on his hands. He started hiring. He cultivated a team of ten engineers who help their clients by developing web service integration solutions from discovery to design.

His company, Pixegon, is not your normal business. It's a company that helps startups and individuals build meaningful software for their businesses. He runs it from various coffee shops and home, and he will soon be taking it on the road while he and his family travel the U.S. in a tricked-out school bus.

“I have to say that we love Slack. Now that everyone is on the chat room, it's like having a water cooler. We don't really have issues staying connected.”

Meanwhile, he's keeping his employees on track and focused on working for the right clients.

“We won't take on just any project, we have to know that the client is a good fit for us and that it's a meaningful project.”

Their Albuquerque International Balloon Fiesta app is certainly meaningful to the thousands of visitors that will be wandering the extensive grounds, searching for breakfast, their favorite balloon or the right event.

Along with their work on the finished products, Pixegon offers a paid discovery for any entrepreneur. If someone doesn’t know what they want, they can sit with user interface (UI) and user experience design (UX) engineers and the client can get a wire frame with navigation. This conveys the features that would be available, so clients can take that to investors and use it in pitches. This is a low cost way to get proof of what a client wants to build.