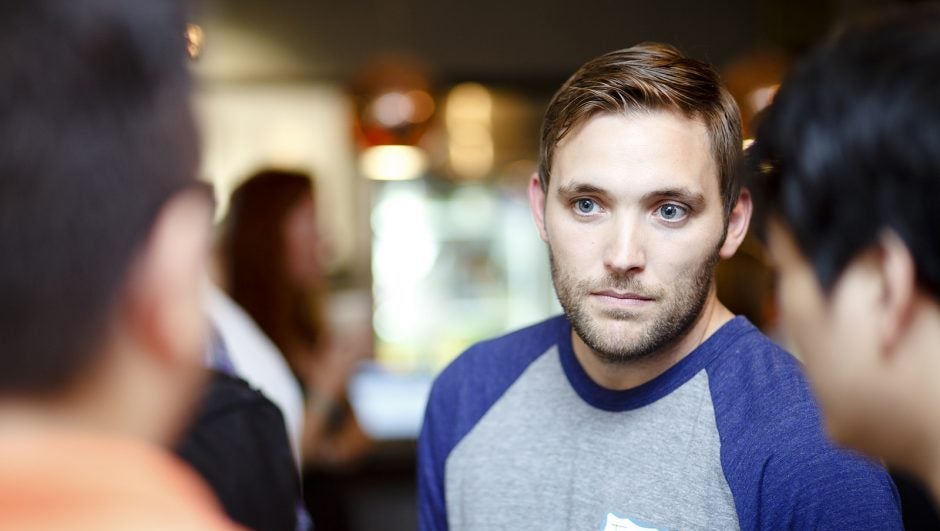 Having a mentor to coach you through the twists and turns of startup life can be invaluable. Even researchers agree that founders who engage with mentors will increase their bottom line.

Ask any founder and there are clear benefits to mentoring. This is one reason why one-to-one mentoring programs are on the rise. If you're planning to look for a professional mentor or are motivated by a desire to help young people succeed and make a difference in their lives, these four stories will be of great inspiration.

Thinking about business mentors, the first person that comes to my mind is Virgin Group’s founder Richard Branson. The serial entrepreneur has helped hundreds of successful business owners through Virgin’s startup program. But who mentored Richard Branson?

“Branson asked British airline entrepreneur, Sir Freddie Laker, for guidance during his struggle to get Virgin Atlantic off the ground,” according to Small Business BC.

“It's always good to have a helping hand at the start. I wouldn't have got anywhere in the airline industry without the mentorship of Sir Freddie Laker,” said Branson to The Sun, a British newspaper.

Sir Freddie Laker is well known for founding Laker Airways in 1966, which went bankrupt in 1982. Having a tremendous business experience in the airline industry, he was able to give great advice to fellow airline entrepreneurs Richard Branson and Stelios Haji-Ioannou, of easyJet.

Finding a mentor with experience in your industry can be extremely helpful. They will not only have incredibly valuable connections for you, but they have also walked paths of the road you might travel and their experience will help you make fewer mistakes and catch you before you make bigger ones.

If you have ever read Vogue magazine, chances are you know Sally Singer. She was the fashion news director for the print magazine before becoming editor-in-chief at T: The New York Times Style Magazine. At the end of 2012, Singer returned to Vogue, this time overseeing the online version as the creative director of digital.

“I've had three female mentors in my professional life who have been incredibly important in the way I shape the way I think,” said Singer in an interview with Refinery 29. “The first is a woman by the name of Margaret Simmons of Travel Holiday magazine, which was the first job I got after graduate school. What I learned from her was all the mechanics of relaunching a magazine.”

Singer's second mentor is Sara Bershtel, some she learned a lot from in her time as an editor.

“When I went to work in books, she was an editor at Farrar, Straus, and Giroux,” said Singer. “She taught me to be a text editor and to work very collaboratively with authors. I really learned to edit from her.”

And last but not least the third is Anna Wintour, a true inspiration to Singer.

“She taught me everything about everything. Anna, I think, has taught me to always be true to myself; to fight for what I see,” Singer continued.

Having a number of mentors is always better than having just one. Each mentor can help you in different stages of your career or even on a personal level. These inspiring professionals will help you shape the way you think and make better decisions. Every time you bump into someone who can contribute to your professional or personal development, don’t miss the opportunity. Ask them questions in their area of knowledge and learn from them as much as you can.

Jon Uriarte founded Ticketbis along with Ander Michelena back in 2009. Their platform is an online marketplace to buy and sell tickets for events such as concerts, sports, musicals, and theater plays among others. After years of hard work, they got an agreement to sell their startup to eBay for $165 million. The giant online marketplace had their eye on the Spanish startup for a long time to expand their StubHub business line into Europe, Latin America, and Asia.

Likewise, Eneko Knörr is a serial entrepreneur and advisor who has created successful companies from scratch in Silicon Valley such as Ludei and Cacoon and software for web developers to build native mobile apps.

Knörr has been more than an investor to Jon Uriarte. They now take part in entrepreneurial events where they present their stories to inspire other entrepreneurs. When seeing them together on the stage, it's clear they have an appreciation for each other. Knörr believed in Uriarte’s project from the beginning and trusted he was the right person to execute the plan and take Ticketbis to where it is at the moment.

Ezichi Bordner is the owner of South County Math Tutor, a company that helps students solve problems every day in algebra, trigonometry, geometry, and calculus. Bordner’s parents changed their middle class and comfortable lifestyle in Nigeria to go to the United States for get a better education, to grow their kids' talents and seek new opportunities.

As a young entrepreneur, Bordner found support from her husband, family, and friends. However, she soon realized she needed professional advice from someone more objective- she eventually found volunteer mentor, Elliot Wassarman, as he had vast experience in the technology field and as he explains

“An awful lot of people have helped me in my career, so I decided a really good thing for me and something that I knew I would enjoy would be to give back what I had learned in some fashion,” said Wassarman.

He helped her not only with her business plan, strategy, and marketing but also with real life advice through quality mentorship. Having a mutual benefit is key for a flourishing mentorship relationship. While mentors help mentees make better business decisions, mentors can also receive personal satisfaction by helping a founder or even reap some economic reward if they happen to invest in their mentee’s project.

Maria Onzain is a content marketing expert writing about all things digital. She is passionate about technology, social media, start ups, productivity, travelling and good food.