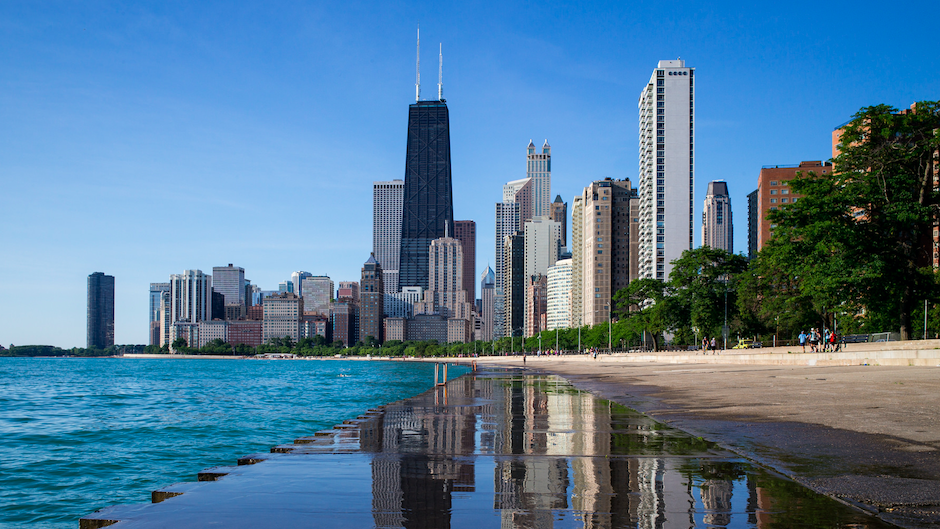 With the Cubs advancing in the MLB playoffs, Chicago is abuzz with excitement. Even with winter looming in the coming months, there is a certain energy in the city that is palpable when you wander through The Loop, Lakeview, and Wrigleyville. Many people refer to Chicago as the Second City, but when it comes to its startup power, this city is second to none. With a supportive community, competitive funding opportunities, and a culture based on scrappy, Midwest ideals, this city is poised to be a startup hub for years to come.

We were lucky enough to talk with a few startup founders, budding entrepreneurs, and heavy-hitting influencers to get their take on what it's like to be a startup in the Windy City.

While Chicago isn't a coastal city, its size has proven that it can hang with the big dogs. And while the coasts provide an incredible sense of accomplishment, the supportive environment in this Illinois city is unparalleled around the country.

“The startup ecosystem in Chicago is very supportive,” said Dhruv Saxena, cofounder and CEO of Chicago-based Y-Combinator startup, ShipBob. “It is not as big as the valley, but its growing really quickly.  Several events like Technori, StartupGrind, and TechInMotion do a pretty good job in getting different folks together.  This was definitely not the case three or four years ago.”

However, with rising real estate costs and a more competitive market, Chicago is making its case for a competitive powerhouse. Success stories like GrubHub and Groupon have created a surge of ideas and entrepreneurs trying to break into the market. And not everyone can have a piece of the pie. After all, there is only so much room at the top.

“There used to be more of a real pay-it-forward mentality within the startup community, but it's had to tighten up a bit over the last year or so as companies have turned their focus to growth and scalability,” said Jeremy Peters, community manager at the Coding Dojo Chicago campus. “Still, there's a close knit ecosystem of leading companies that turn around and invest in smaller companies, offer them working space.”

While it has gotten more competitive, Chicago's supportive roots have provided founders and employees alike with a community that wants to see them succeed.

“As an entrepreneur, it’s extremely beneficial to have such a supportive community,” said David Kalt, CEO and founder of Reverb. “I count many of my fellow Chicago-based startup founders as friends and as mentors.”

Sure, the pizza in Chicago is plentiful. But when it comes to funding, not being a major city has proven to make getting that essential capital a little difficult.

“They're certainly not handing out checks at O'Hare,” said Matthew Horn of Legal Services Link. “Seriously though, funding is always hard to come by unless you have a really good idea with a competitive advantage and either significant traction and revenue or a clear path to significant traction and/or revenue.  There are businesses that get funded based on an idea or limited proof-of-concept, but they seem to be few and far between.”

Fortunately, investors in Chicago have realized that not living in a big city can be an advantage in certain rights. They've opened their wallets and found that a little Midwest charm can go a long way in facilitating growth outside of San Francisco and New York.

“Chicago investors have become more risk tolerant in the past few years,” said Aksh Gupta, founder of Occasion. “They are investing in startups with less traction. Angel groups like Hyde Park Angels are actively supporting entrepreneurs in the community. Seed investments are critical for getting companies off the ground which helps retain talent in the ecosystem and benefits all.”

In a city that values hard work and determination, funding is never too far away. You just have to be able to look in the right spot.

“Chicago often gets a bad wrap for funding, but if you have a strong team, product, and strategy there is funding out there to back you,” said Brian Cuttica, vice president at Peanut Butter.

As the little brother to large cities like Los Angeles, San Francisco, and New York, Chicago has always been viewed as “less-than” by coastal cities. This has cultivated a culture of tenacity and determination that shows them that Chicago means business.

There is nothing that can hold Chicago down. This city knows what it wants, fights for what it believes in, and never takes success for granted. Because the people are what makes this city so great.

“As a lifelong Chicagoan, I'm all about hard work and providing value to my customers,” said Lisa Hennessy, founder of Your Pet Chef. “That's what we do here.”