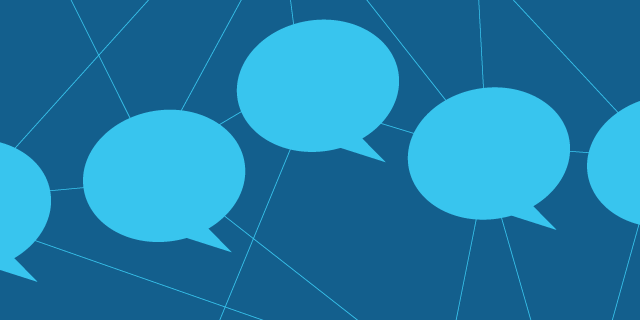 Over the years, networking has become one of those corporate buzzwords that is just one more word in the meaningless word salad that defines corporate speak. We don’t even hear it anymore. And that is really too bad. Because it is still a very meaningful concept that is, now, more important than ever before. The fact that so many startups are dead on arrival means that networking is not being taken seriously enough. Networking is not just one of those things you do to help boost your business. At the beginning stages of any startup, networking is your business.

This point is important enough that it bears repeating. When you are just getting started, your business is not:

Before you can do any of those things, you have to master the art of networking. To do so, you need to be familiar with the tools of networking, and the reasons behind why it is so important.

Ford is one of the best examples of how a beleaguered brand successfully used social media to become one of the most beloved and well-respected brands. You can read about this metamorphosis at fastcodesign.com. Ford had gained a lot of respect for its Fiesta line in Europe, and wanted to replicate that in the U.S. To do this, they gave Fiestas to people who were already highly effective at social media. According to the piece:

Recipients included bloggers, filmmakers, and social networkers who were already documenting and sharing their lives.

The people in the program claimed that they had complete editorial freedom. They could say anything they wanted about the car, even if they hated it. This helped to give the campaign an authentic voice. The piece goes on to say:

For $5 million, Ford achieved with social media what has traditionally cost auto marketers millions. Fiesta had 60 percent name recognition before it hit US lots. Jim Farley, VP of global marketing, said: “I want customers to tell our story. That's what digital has shown us: how to earn cred among consumers.”

Another way to gain cred among consumers is by hosting public-facing events. Honda has mastered this tool with the annual Wing Ding convention for Honda Goldwing enthusiasts. Wing Ding 37 will be held in Huntsville, AL in September 2015. In addition to the show floor filled with everything an enthusiast would love, there are tons of events and classes that even non-Goldwing fans will appreciate.

Sci-fi and fantasy conventions such as the Star Trek Convention and Comic-Con are also excellent examples of how hosted events draw fans and outsiders alike to get to know and interact with their brand. The DoubleDutch event app is one example of a mobile device app that make such events more than just a one-off success. Among other things, they promote attendee networking. DoubleDutch observes:

Speakers may not have enough time to answer questions before the next session begins or attendees may have opinions about what they just learned. Reach event speakers or share your opinions with other attendees through “comments” or “likes” in the activity feed of an event or session.

Blogging is one of the easiest and most effective networking tools. There are two ways you can use it: First, you can use a company blog to communicate your message directly to the public. These messages can be liked and shared on social networks. A more effective way to use a company blog is to make it a resource for information. Don’t just use it to sell products and services. Use it to share your expertise so that it is useful to people who are not necessarily looking to make a purchase with you, but who just want to know more about the topic on which you specialize.

One of the biggest challenges startups face is the incredibly high cost of manufacturing at scale, and getting the products into the hands of consumers. You might look at the bill of goods in high-end smartphones and decide that you want to jump into that business. But while that bill of goods might be $200 per unit, the first one costs more like $2B. R&D, the acquisition of patents, and testing is quite expensive.

By skillfully networking, a person can raise the money, either through crowdfunding or venture capital. Failing to raise sufficient funds before the project starts is a big reason why companies fail. This is one of the main reasons you need to network before building a warehouse full of half-finished products.

Building Your Customer Base

“If you build it, they will come” is a bald-faced lie! A better strategy is if they come, then build it. Remember, Ford’s success with the Fiesta was that they built 60% brand recognition before bringing the model to the U.S. Building products before building interest in the product leaves you with a warehouse full of products. Building interest first ensures that you will sell most every product you build. Piers Anthony once quipped that he does not sell every book he writes, rather, he writes every book he sells. That strategy also scales to startups of all types

Build your business on a solid foundation of networking, and it will develop a life of its own. Networking is best done as a foundation, not an afterthought.