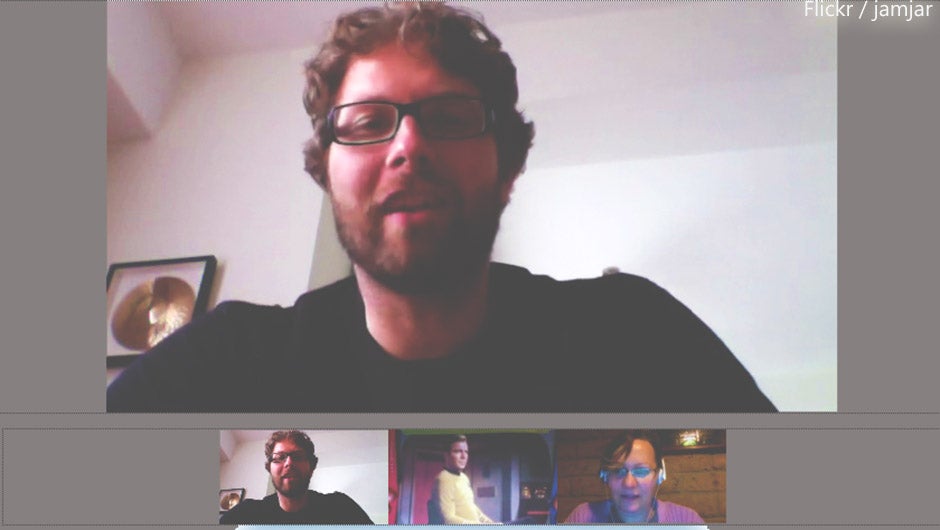 Just as The Buggles proclaimed in their 1979 hit, video really has killed the radio star. Last January alone, 190 million people nationwide watched an average of 397 videos online…each. While it might have taken a while before video was widely adopted in the workplace, it has now become a commonly used tool for both personal- and work-related communication.

Video technology has changed the way we communicate, especially within the workplace. In fact, a 2013 study by Cisco revealed that 87 percent of IT workers believe video has a significant and positive impact on an organization. Read about the evolution of video in the workplace, from video’s inception to its upcoming trends:

Poor quality video conferences were only the beginning.

It took quite a bit of trial-and-error before we achieved the level of video quality we’ve come to expect today. While video conferencing started to emerge in the 1980s, it wasn’t until the the late-1990s and early-2000s that it would really start to make its way to corporate desktops around the world.

The visual and sound quality of video conferencing tools began to improve, high-speed Internet became widely available, and the cost of video capture and display became more affordable. These improvements encouraged the use of video in the workplace by tackling location and time-zone barriers, enabling employees to communicate with colleagues and clients anytime, anywhere.

Video chat in the workplace has become commonplace.

Video chat platforms like Skype and Google Hangouts have become hugely popular for connecting with loved ones from afar. Additionally, the creation of such platforms has made it much easier to communicate in the workplace. These video chat platforms improved video conferencing and are ultimately what made it such a huge success.

How much of a success? A recent Polycom and Redshift Research survey showed that video conferencing has become a business communication standard, with 76 percent of respondents saying they currently use video solutions at work. Video chat continues to improve workplace communication today by visually connecting colleagues, clients, and shareholders from opposite corners of the world.

Virtually-conducted interviews are on the rise.

While video chat might have initially sparked interest in conducting interviews virtually, the creation of video interview platforms has streamlined the process of performing a virtual job interview. Now, more than 6 in 10 human resources managers say their company often conducts employment interviews via video, according to a survey by OfficeTeam.

How has this video technology helped employers make better hires in recent years? For starters, video interviews make screening potential job candidates much easier and faster than the endangered phone interview. Being able to see a candidate, rather than just hear their voice, gives the interviewer much more insight on candidates, as well as creates a more personal connection. Additionally, video interviews are a great way to connect with global talent. Video interviews enable international candidates to take part in the interview process, without having to spend a fortune on travel expenses. Finally, collaborating on hiring decisions has never been easier. Unlike phone interviews or even the in-person interview, video interviews can be recorded and shared with colleagues.

Out with the the old, in with video resumes.

Our ability to absorb and retain visual content is much higher than our ability to do the same with content that is purely text-based. That being said, it’s no wonder why job seekers are choosing to make their resumes more visual by recording video resumes.

This relatively new take on the traditional resume allows job seekers to stand out among the crowd of applicants boasting the same skills and qualifications. Video resumes, while not meant to replace the traditional resume, act as an enhancement by giving candidates a chance to expand and show their skills. Most importantly, it gives them a better chance of being noticed by employers.

Since online video creation and sharing has become much easier to do with tools like YouTube and platforms designed specifically for video resumes and interviews, employers can expect to be seeing more visual resumes in the future.

How does your organization implement video in the workplace? Please share your thoughts and experiences in the comment section below!