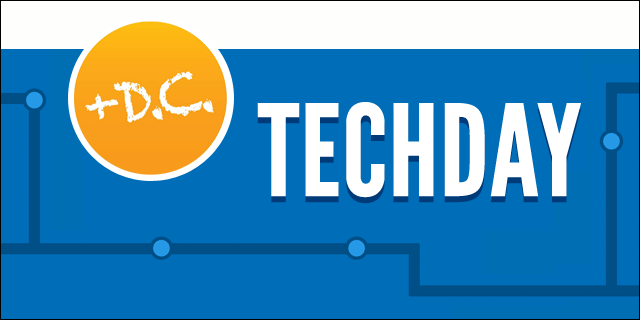 Heads-up, DC tech: the highly popular and widely attended NY TechDay has announced that it plans to spread into new markets, and it has chosen DC for its first expansion. Come this October 2nd, DC TechDay hopes to bring in over 150 of the hottest startups in the DC region to present their ideas to renowned investors, journalists, elected officials, and thousands of attendees.

“The goal of the event has always been to help startups with the three resources they need the most to thrive: access to capital, talent, and early adopters. I'm humbled by our growth and amazed by how significantly we've been able to support startups’ success.” said TechDay cofounder Alec Hartman.

In April, NY TechDay held its third event, which featured more than 400 NYC startups and had more than 13,000 attendees. For the organizers of TechDay, they hope to replicate this success in other cities. After narrowing down their decision between Boston and DC, they ultimately believed that DC had the perfect ecosystem for this expansion.

“We had a pretty successful TechDay in NYC, and we thought it was finally time to take the show on the road and experiment in other markets,” said TechDay cofounder and producer, Jesse Podell. “We saw that DC had a neat, up-and-coming vibe…It really feels similar to New York [tech scene] when we first started TechDay.” Despite this feeling of similarity, Podell adds: “The flavor of startups in DC is really unique – you've got everything from health care to government, which is really exciting.”

As additional reasons for expanding into the DC market, TechDay cites that DC is nationally ranked as one of top 5 cities for VC funding, has hundreds of active angel investors, and has a local government that contributes one-fifth of its funding to support tech. One of the aims for TechDay DC is to expose startups to these funding opportunities and to allow for the formation of new partnerships, as well as provide employment opportunities for members of the DC community.

“We see [DC] as the next ‘it' hub for startups,” said TechDay director Sharon Lieberman. “The community is ripe…and we want to work our way to helping build it.”

DC TechDay is a planned for Thursday, October 2nd at the National Building Museum (401 F Street NW) from 10AM to 5PM. Aside from startups and general attendees, the event will bring in investors, members of the press, elected officials, and talent from universities. Startups looking to exhibit should register here. If you plan to attend, you can register here.