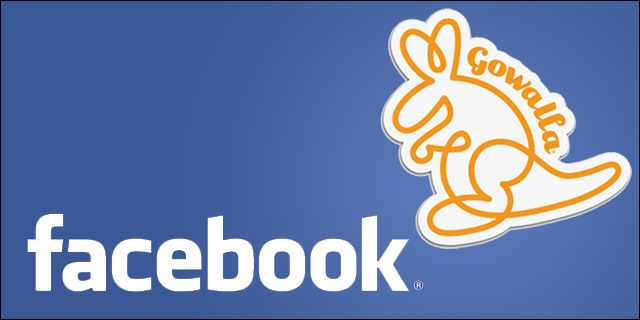 Following closely behind the announcement of Facebook opening a new office in New York City solely dedicated to engineers, the social media giant has in fact just made a much larger splash. According to numerous reports, Facebook has acquired the location based social networking service, Gowalla. Facebook has yet to comment on the deal.

Since it's launch at SXSW 2009, Gowalla has been battling head-to-head with Foursquare in a race to win the location based social networking game. Although usage between the two services was pretty comparable for the first year, Foursquare has recently pulled far ahead of Gowalla.

In response to Foursquare's dominance, Gowalla decided to drastically alter their user experience away from real time updates and nicer icons, and instead move toward building more context through clustering a user's photos at a given venue. Much like the new Gowalla iteration, Facebook Timeline also focuses on building context through clustering photos around users significant life events. In other words, the acquisition seems to be a perfect fit.

What remains to be seen is how Facebook will incorpoate Gowalla into their own location based service, Facebook Places. Is Facebook hiring talent to enhance their core business, or do they have their eye on eventually dominating the location based networking game as well? With Facebook's immense user base, this acquisition could potentially be a blow to Foursquare.