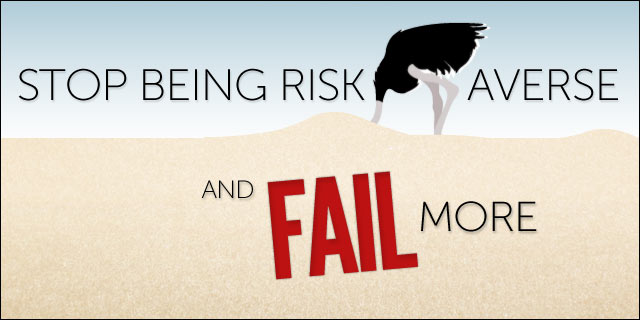 We all know that failure is part and parcel of being an entrepreneur, but somehow we forget that right after we fall flat on our face.

To lessen the stigma around failure, the gb.tc (formerly Greater Baltimore Technology Council) is hosting a “fail conference” next week called BmoreFail. There, entrepreneurs will learn from others’ failures and (hopefully) quell their fears of failure.

Below, Jason Hardebeck, executive director and chief instigator at gb.tc, discusses why we should embrace the #fail.

Tech Cocktail: Why did you choose to start a fail conference?

Jason Hardebeck: The only way you learn is when you get an unexpected result; i.e., you fail to get the intended result. Failure is a critical component of innovation … we all would benefit by learning how to fail better.

Tech Cocktail: Are stigma and fear of failure problems in the Baltimore tech community, or the US?

Hardebeck: Fear of failure stops people from trying new things, which is hugely detrimental to innovation. Baltimore is definitely more risk-averse than many other US cities; a large part of our economy is based on government spending, which doesn't tend to reward risk-takers, and Baltimore's strong history of collegiality also tends to reinforce the status quo.

Tech Cocktail: What can entrepreneurs learn from failure?

Hardebeck: Entrepreneurs need to understand that failure is unavoidable, so learn to fail better by failing faster, smaller, and cheaper. In other words, learn to live to fail again!

Tech Cocktail: What is one of your biggest failures, and how did you get past that?

Hardebeck: A big one that comes to mind is something I had dreamed of since I was a small child; becoming a fighter pilot and ultimately an astronaut. However, by my senior year in college, my eyesight had degraded to the point that it precluded me from the “front seat” (Maverick vs. Goose). Rather than dwell on what might have been, I decided to enter the Navy's nuclear power program instead, figuring that the intense and highly competitive academic environment would pay dividends in whatever future career I chose to pursue. I guess I decided to make atomic lemonade, and I've never regretted it for a moment.