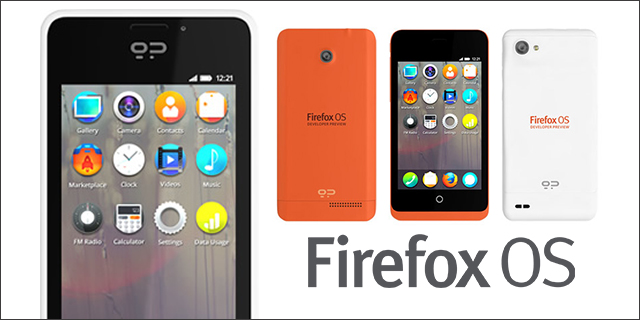 On a planet of around 7 billion, there are more than 1 billion smartphones in use, Strategy Analytics reported in October.

As 6 billion+ people begin to buy their first smartphones – for some, their first Internet-connected device – Mozilla is hoping to be on the front lines. And its new Firefox OS phones, announced on Tuesday, are the first step toward that.

Mozilla has finally released information about the first phones to incorporate Firefox OS, Mozilla’s operating system for phones and tablets. The 3.5” Keon and the 4.3” Peak (both with 4 GB of storage) are made by Geeksphone in partnership with Telefonica. They are currently developer previews – experimental versions that Mozilla will offer to developers interested in making apps for the platform. But Mozilla’s long-term goal is to bring low-cost phones to emerging markets worldwide, making the web more accessible to more people. A Mozilla spokesperson said the phones will sell for around $80 to $150.

“As billions of users are expected to come online for the first time in the coming years, it is important to deliver a compelling smartphone experience that anyone can use,” said Gary Kovacs, CEO of Mozilla, in July.

To do that, Mozilla will also welcome smartphone makers around the world to use the Firefox OS, much the same way Android is available on a variety of different devices. “Mobile operators will have the ability to offer richer experiences at a range of price points including at the low end of the smartphone price range, helping to drive adoption across developing markets,” the company said in a press release.

Last July, Mozilla was planning to launch the first Firefox OS phones in Brazil in early 2013 through Telefonica Vivo. Telefonica is a Spanish telecom company that operates in North America, Europe, and Latin America. According to Robert Nyman, technical evangelist for Mozilla and Mozilla Hacks editor, Mozilla will announce pricing and country availability in February. Alcatel (France) and ZTE (US) have already committed to launch handsets with Firefox OS.

In some respects, Firefox OS is not in direct competition with iOS and Android, starting with the focus on first-time and low-budget smartphone users. The technology is also different: developers can use HTML5 to build apps that (supposedly) work as well as native apps, whereas iOS and Android require developers to use their specifications.

Still, Firefox OS will need lots of support to get off the ground. So Mozilla is turning to its trusty community of developers who support the open web. The company will run “App Days” this Saturday where developers can collaborate and learn, from India and the Philippines to Colombia, Argentina, and Brazil. Mozilla’s WebFWD accelerator, now accepting applications for its third class, is also bringing open source developers into the fold.

By targeting the developing world, Mozilla could also be opening up massive opportunities for social good entrepreneurs. Many startups now hoping to work in developing countries have to deal with feature phones and all their limitations. If Mozilla actually brings an affordable option to those markets, developers could create full-fledged apps for their users.

For now, developers and would-be smartphones users around the world will have to wait until Mozilla makes its plans public in February.