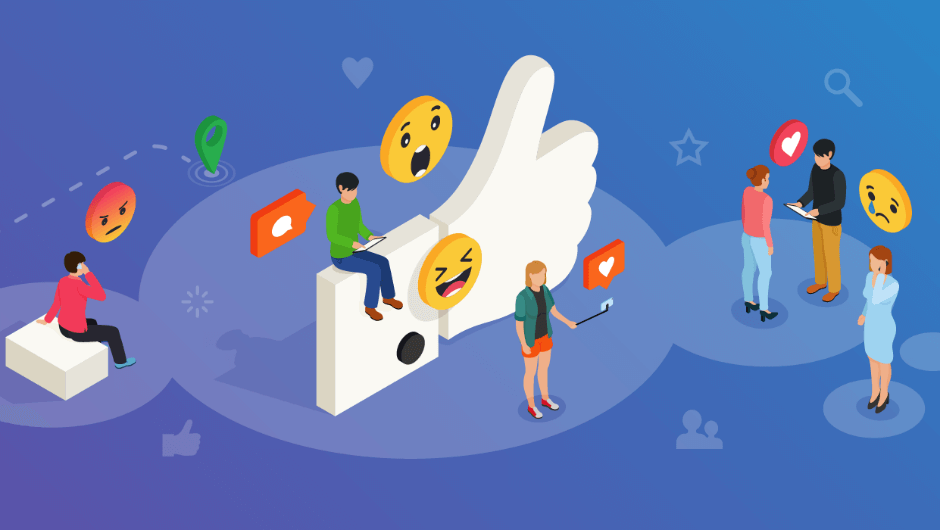 Nowadays, so much of life is lived online. And apparently, this global shift has had a big impact on how we treat the people in our lives, according to a new study from Tech.co.

The internet can be a pretty unsavory place. Between overtly aggressive political discourse and purposefully offensive memes, the web has amplified some of the worst kinds of human behavior. Yet this isn't limited to the trolls of the online world. The web is fundamentally changing the way we interact even with our nearest and dearest.

Through a survey of 2,000 respondents, Tech.co has uncovered a number of unsettling trends in regards to how we treat people online:

It may be time to consider the way you interact with your own friends and loved ones online, and for a little self-reflection about what kind of digital person you want to be.

We Stalk Our Exes

When it comes to getting over an ex, the internet is the worst place to start. Social media platforms are seemingly designed to make you pine after your long-lost love. Ater a rough breakup, it's no surprise that plenty of us turn to Facebook to keep tabs on the one that got away.

Not something you'd dream of doing? Don't get too defensive. It's a lot more common than you think.

In fact, according to our data, there's a pretty good chance that you're already blushing just from reading that subhead. But this kind of behavior can go a lot further than simply browsing your ex's holiday snaps. Our survey found that 1-in-4 people would go as far as to create a fake social media account simply to stalk ex-partners (or even ex-friends).

While it's tempting to blame the individuals for this behavior, let's not let the social media services themselves off so lightly. Some platforms not only remind you how great your ex is doing without you on a daily basis, but go out of their way to remind you how happy you used to be with their handy “Memories” feature, keeping you from moving on with life.

Considering the popularity of these platforms, it's no wondering some of us turn to stalking our former significant others on the internet. Not that we behave much better when it comes to new romances…
Infogram

We Flirt When We Shouldn't

Whether it's reconnecting with a high school crush on Facebook, or downloading Tinder on your fifth wedding anniversary, the internet is where fidelity goes to die. Think that's an exaggeration? Our survey found that 34% of respondents have experienced the ruin of a romantic relationship because of social media.

A ruined romantic relationship is one thing, but that only covers the guys and gals who have been caught being dishonest. And if that isn't enough to convince you that the internet has an infidelity problem, consider the fact that 54% insisted that they would choose their best friend to look after their phone for a day rather than their partner.

So what is it about the internet that makes staying loyal to your significant other so hard? Easy. The web makes it so easy to flirt.

Nearly 90% of people think that social media and instant messaging make it easier to flirt, and they're not wrong. Social media and dating apps are one thing, but the internet has leaned so heavily towards enabling hookup culture that there are now dedicated infidelity websites such as Ashley Madison, designed to help you flirt or cheat on your spouse. What a world.

The web has changed romance for sure. But it's had a huge impact on platonic friendships, too. And, unfortunately, keeping in touch with friends is another area where the digital world is just making things worse, despite enabling such instant connections.

According to our data, 65% of people agreed that instant messaging apps make it easier to cancel meeting up with friends. Whether it's because you don't have to look them in the face as you let them down, or because you can just send it and forget it, the online world is plagued with plan-cancellers at every turn.

To make matters worse, most people online don't even want to respond to their friends, let alone make plans with them. 50% of respondents admit to deliberately making friends ‘sweat' for a reply to messages. And for those on the receiving end, the impact is felt – 70% of people said they experience anxiety when they know that people have read their messages, but not replied. I guess the Golden Rule simply doesn't apply when it comes to the internet.

Being constantly connected sounds fun, but it's become a burden as well as a blessing to many. Luckily, people are still willing to admit that they really miss the real world. In our survey, 90% of respondents said they still value face-to-face communication above all else.

This also leads to a sense of disillusionment with online interactions – 53% of respondents said they feel let down when friends message them, instead of catching up with them on birthdays or in a time of need. And 75% prefer to have a rant in real life with friends, rather than complaining in messaging groups.

Whether the above statistics demonstrate our commitment to getting back to the real world or our hopeless addiction to technology remains to be seen. But according to our data, 27% of people have never received a physical card or flowers on their birthday, but received online messages instead, and that needs to change.

Fortunately, tech companies are doing something about it. At least, they're trying to.

These statistics are admittedly unsettling but hardly surprising. Not to sound like an old man yelling at a cloud, but you can't ride a train, walk down the street, or have a conversation without someone looking at their favorite devices. And consumer tech companies are finally taking notice.

In a recent years, smartphone manufacturers in particular have become acutely aware of the increasingly life-consuming nature of their products. In response, many of them have begun adding screen time limiting features into their devices to bridge the gap between how much people use technology and how much they miss the real world.

Apple's newest iOS 12 update, for example, includes a Screen Time feature that tracks the time spent on your device and even allows you to set time limits to keep you from procrastinating for too long. Google's Pixel devices are also equipped with a similar feature, dubbed Digital Wellbeing, which can help you set reminders to put your phone down, in addition to the same functions in iOS 12.

Tech companies are beginning to take responsibility for the increasingly influential products they release to the public. And that's a good thing. Now, if we could all just be a little more conscious of how we treat people online without their help, we might be able to remember why the internet was such a good idea in the first place.