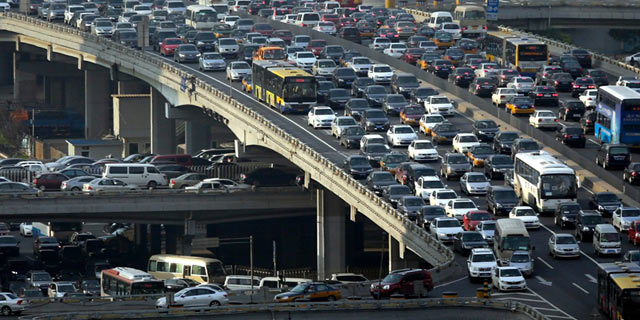 If you had to predict the future of transportation, what would you need? A lot of data, and a lot of help from entrepreneurs. That’s how Ford is approaching the problem, kicking off 2015 with 25 experiments around the globe designed to gather data and test new ideas.

“We see a world where vehicles talk to one another, drivers and vehicles communicate with the city infrastructure to relieve congestion, and people routinely share vehicles or multiple forms of transportation for their daily commute,” said president and CEO Mark Fields at CES.

In essence, Ford wants to be on the cutting edge of transportation innovation, and they need to figure out where to invest their money. Population is growing, particularly in the middle class, and people are stuck in crowded commutes and bumper-to-bumper traffic. Pollution is a problem for us and for the environment, and it’s affecting the way we choose to get around. How does a car company adapt?

To start, Ford awarded over $200,000 to 10 winners of its Innovate Mobility Challenge Series – companies and projects that are improving transportation, traffic, and health care delivery around the world: 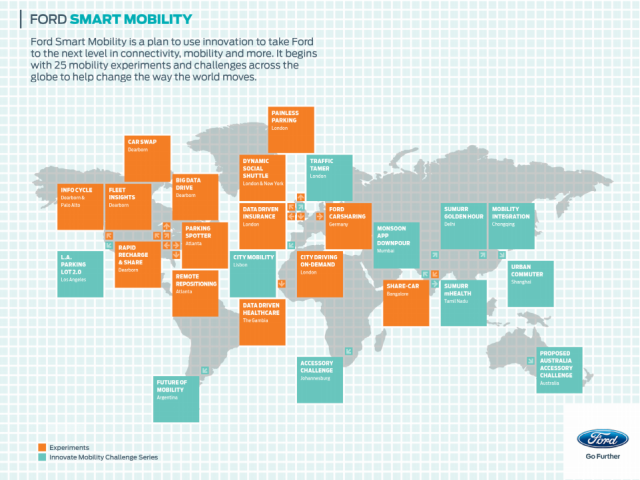 The rest of the experiments are in-house projects by Ford, sometimes partnering with other companies.

This is a very startup-y approach to the problem: instead of assuming they know how driving will evolve, Ford is “getting out of the building,” collecting data, and asking consumers what they want. They hope to lead the conversation about the future of transport, and this is a promising start.

Ford was the Platinum Sponsor of our November 19 Miami Sessions – we thank them for their support!