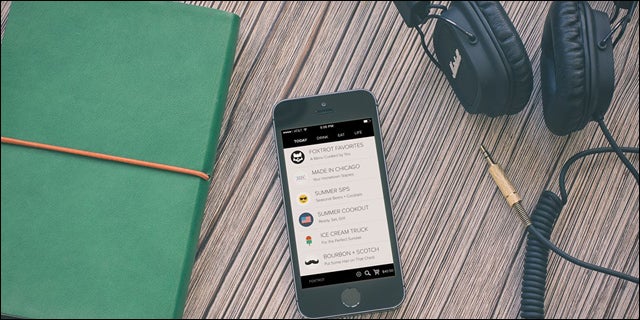 Too many choices leads to analysis paralysis.  This is one reason why curation is king at the moment (move over, content). Consumers want to leave at least some of the decision making to those who know better and then choose from the best of the best. Foxtrot Chicago, in realizing this, has brought online food and beverage shopping to a whole new level.

Foxtrot is a mobile app that allows you to choose from a variety of curated food, drinks, and essentials, with guaranteed delivery of chosen products in under an hour.  Want to order some Modelo Especial to go with your takeout Mexican?  No problemo. The app gives you the ability to order from multiple vendors and have them arrive within minutes of each other.

According to Foxtrot's blog, their origin story is a humble one:

“Like most creations of greatness, Foxtrot was born from necessity.  After a long day, all we really wanted was to sit on the couch, have a beer and unwind. The problem, however, was we never seemed to have a stocked fridge, and by the time we had gotten comfortable, it was too late. There was no going back out to the store, no getting up from the depths of the couch. Cue the depressing Celine Dion soundtrack.”

This all-too-common annoyance led to the spawn of an on-demand service that provides more than just take-out menus.

The app is free and the only additional cost is a $5 delivery fee per order, but that includes your driver's tip.  They are also helping the local Chicago economy by adding locally source wines and craft beers to their list of options.  Beyond single item orders, Foxtrot also puts together packages and pairings for many occasions.