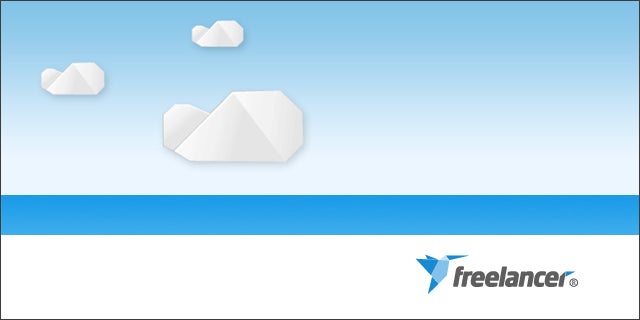 In 2010, one-third of all American workers were independent – that means freelance, self-employed, or part-time, explains the Freelancers Union. And many of those workers are now seeking new jobs on online freelancing marketplaces like Freelancer.com, which has 7 million freelancers.

On top of that, newly minted freelancers are coming out of hacker schools and online education programs from sites like Coursera and Udemy, which are cheaper than a university education. Cash-strapped small businesses are clamoring for more freelancers, rather than dumping their savings on consulting agencies or full-time employees with benefits. And, as international director Adam Byrnes points out, billions of people worldwide will soon get Internet for the first time, and the first thing they’ll be searching for is a job.

“There’s never been a better time to become a freelancer or to employ freelancers,” he says.

But the freelancing market isn’t without its issues. Many skilled freelancers feel they have no chance against the cheap talent available overseas – talent that, thanks to online collaboration tools, is easier and easier to work with. But according to Byrnes, these freelancers are mistaken.

“We’ve actually done a few studies, and we found that employers always – 99 percent of the time – pick based on reputation rather than price,” he says.

That’s partly the reason why Freelancer.com introduced a new crowdsourcing feature on May 28. Before, only design jobs like a logo or app icon could be listed as competitions, and companies would select winners from among the entries. But now, any job on Freelancer.com can be “crowdsourced” this way, from mobile apps to websites to backend architecture.

This may seem like a chore for freelancers, and it sometimes is. A competition with 500 entries probably isn’t worth a freelancer’s time and effort. But smaller competitions can help newbies with little experience get discovered. It’s arguably a more meritocratic system, an antidote to the “who you know” hiring process that hurts newbies and companies alike when the wrong person is hired.

If you do get hired via Freelancer.com’s new crowdsourced competitions, you’re on the road to more work. Freelancer.com rates freelancers from 0-5, and winning a competition nets you five times the reputation boost of simply completing a project. And even if you lose, you practiced your craft and created something beautiful – more than we can say about an unsuccessful job application.