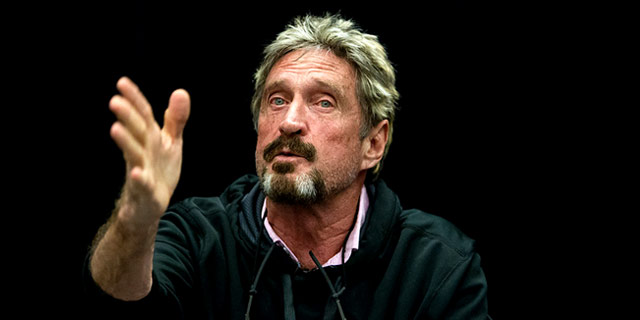 John McAfee, the man behind McAfee anti-virus, is known in the tech scene as an eccentric genius. The Internet Security Pioneer created McAfee Associates, a maker of antivirus software eventually acquired by Intel in 2010 for $7.68 billion. McAfee has announced his partnership with Alabama's Locomotive and Round House, where he will lead a 90-day immersive startup accelerator program this spring.

Selected teams will receive up to $25,000 in seed funding, and mentorship with a wide variety of startup mentors including in-person training and mentorship under McAfee himself.

And who wouldn't want to work with such an interesting character?

McAfee is known for having ideas that are way ahead of their time. He successfully built the McAfee anti-virus brand 30 years ago, before computer viruses were even seen as a threat. He is considered a pioneer of instant messaging thanks to PowWow, which predated even AOL Instant Messenger. At the time, McAfee was told again that it was a bad idea to launch this company because “no one would want to send text messages to each other.” Needless to say, McAfee had the last laugh.

But with genius comes madness. In this case, controversy worth a movie script.

Since last year's decision by Intel to rebrand it as Intel Security, McAfee is no longer associated with the anti-virus brand he created. If you think McAfee was disappointed with this decision, think again. The Millionaire told the BBC, “I am now everlastingly grateful to Intel for freeing me from this terrible association with the worst software on the planet. These are not my words, but the words of millions of irate users.”

He even created a mocking video addressing the frustrations of customers, where he reads letters their letters wearing a velvet robe and smoking weed.

In 2012 he became an international fugitive and wanted for questioning in the investigation of a neighbor's murder in Belize, where he lived a lavish life. He went on the run out of fear of the government wanting to kill him. McAfee has since left behind the island where he was involved in various local businesses, and moved to Canada. His Belizean escapes were thoroughly chronicled in Wired Magazine, and if you ask me, worthy of consideration for a movie directed by Terry Gilliam. 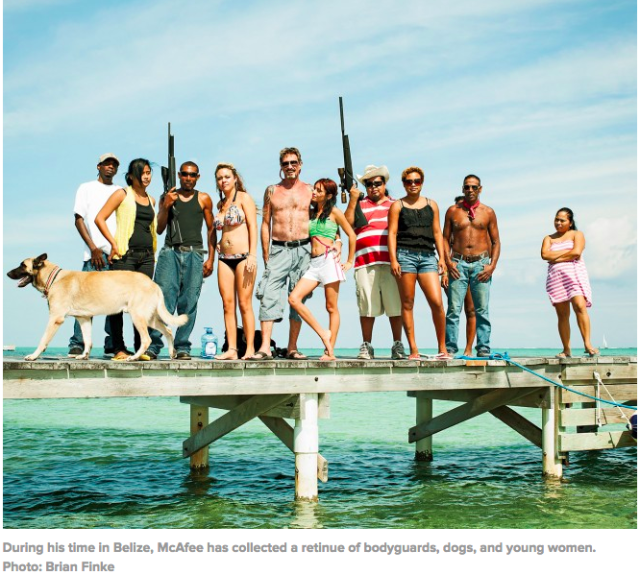 His return to the tech scene is strategic; he has been very vocal about the opportunities for startups today and wants in. Prior to Belize, he lived in Silicon Valley for 20 years where he was active in the scene. McAfee recently told ABC affiliate WTVM that if there were startup collaborative spaces, incubators and accelerators, back in his day he would “Rule The World.” With his experience in business and life, there is a lot young startup founders could learn from him.

Security software and hardware startups and big data startups are encouraged to apply for seed funding and placement in the Locomotive Startup Accelerator taking place from May-July in historic downtown Opelika, Alabama. The selected teams will be announced and have a quick pitch in front of thousands at the H conference, where McAfee is acting as both a moderator and speaker.