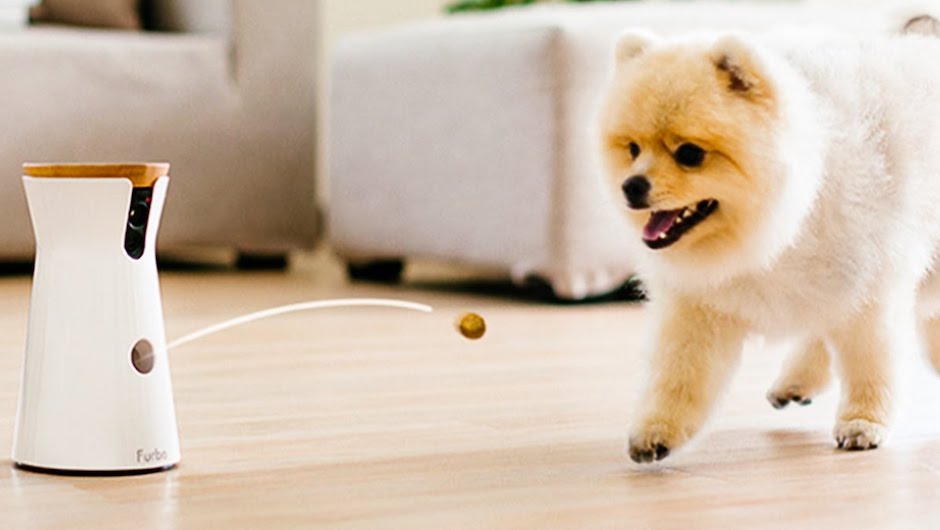 The world is a better place because of the furry friends we have around, but holding down a full-time job or going to class means that you can’t always spend as much time with them as you’d like. Thanks to the magic of technology, there are plenty of ways to make sure they are fed, kept busy, or even track them down if they escape, but few let you interact with them remotely. For the past few years Furbo has tackled this particular part of pet ownership, offering a camera that let’s you not only watch and talk to your pets, but also toss out treats as well.

A few months ago we did a deep dive on their more recent competitor, Petcube Bites, so it only seemed fitting that we checked out the original. Before we dig into Furbo, we also got the scoop that the company today is announcing several new advancements as well.

Today, the company is also announced several upgrades to their gadget, bringing on a better camera, a large treat hopper, and an artificial intelligent infused smart alerts. Now I know what you’re thinking, it’s that buzzword AI again. In this particular case it’s less buzzy, and more functional since it does in fact use machine learning to give you better information based on what your pets are doing. The new alerts include activity tracking, a selfie mode, and even person alerts to differentiate between pet and person.

These new features will be included in Furbo going forward, but are not reflected in our current review.

Keeping an eye on your pets with Furbo is incredibly easy. Once you’ve set up the hardware, all you need to do is open the app (supports iOS and Android), and you’re ready to roll. If they are not in view, the treat button will either use the built-in notification sound or one that you record, which in turn should cause your pets to come running if they are food motivated (hint, most are). The current version films at 720p, with selective HD if you’d prefer not to use as much bandwidth or reduce the quality for recording. It also has a built in Infrared LED for night vision, which should easily illuminate most regular sized rooms.

If the treat prompt doesn’t work, it also has two-way audio, which in turn means you just press the mic button and you can speak through the built in speaker. The built-in speaker isn’t super loud though, so unless Furbo is in a central area, they may not hear it. You can also hear what’s going on around the Furbo. 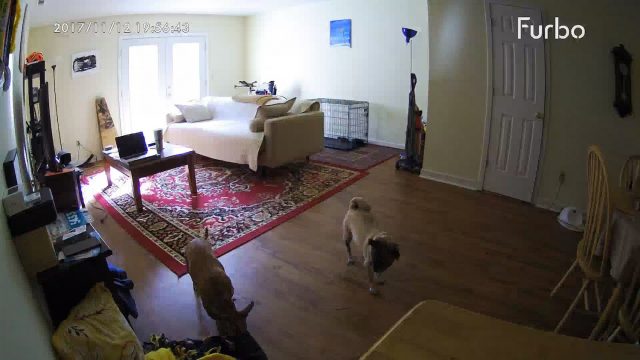 In this particular version there are no motion alerts though, so Furbo won’t tell you if your pet’s cross its path. However, in the new version it will include that and more. Instead, this version includes a bark alert, so if say you live in a townhouse like mine and the dogs start to randomly go on a barking session, Furbo can be setup to toss them a treat to distract them and calm them down.

Overall the real-time monitoring part of Furbo works well and is really simple to use. Obviously it would have been great to have motion alerts, but their newest version will now tackle that. 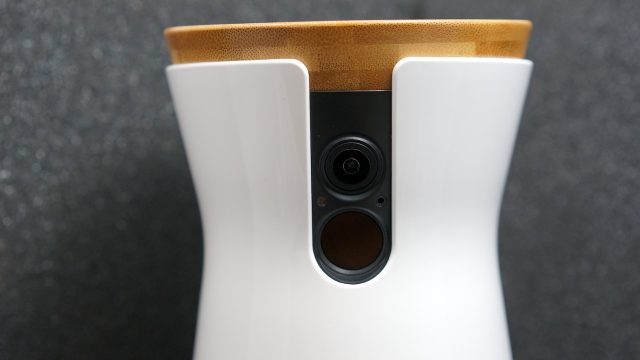 Like the monitoring component, Furbo’s treat system is really simple. After opening up the live stream you just press on the treat button, it will make a sound to get your dog’s attention, and then it tosses about three treats out at one time. Unlike Petcube Bites it has one toss setting and it typically goes about the same distance each time. Also unlike the Petcube Bites system, Furbo is relatively quiet when getting treats into position and tossing them.

One of my dogs was generally afraid of that sound, but has absolutely no issue with Furbo. Combine this with a custom pre-treat greeting that gets your dog’s attention, and you get a much more relaxed situation for otherwise skittish (or in my case crazy) dogs.

Overall the treat tossing system is incredibly simple. The only real downside here, which admittedly is not a necessity, is that Furbo doesn’t tie in a community component. That means only one user can access a particular Furbo unit at a time, and you can’t open it up for public use either. Personally my dog found the custom pre-treat greeting to be helpful as well. The other dog, Gizmo, was just happy getting more food than he should have.

There are plenty of devices on the market designed to auto-feed your furry friends, but for the most part there is really only one true competitor to Furbo, Petcube Bites. While Furbo has been around for about two or so more years than Bites, there are a few key differences between the two. For starters, Furbo is now $50 cheaper than Petcube Bites, it allows you to record your own pre-treat tossing audio queue, it’s much quieter when loading and tossing the treat, and has a bark sensor built-in.

In action, the two gadgets work in very similar ways. You watch the cam, toss a treat, and watch your dogs come to collect it. You can also use two-way audio to confuse the hell out of them and send them off on a mission to find you. I did find that being able to record my own pre-treat tossing alert though worked really well for Loopy, so that was a benefit for an otherwise very sensitive dog. It does lack motion alerts in place of bark alerts, so this particular unit wouldn’t double particularly well as a security device like Bites does; however, today Furbo  announced an updated version that tackles this and more.

If we were to compare the two both Furbo and Bites offer very similar solutions. Spec-wise, they are similar enough. Functionality-wise, Bites wins because it can double as a security monitor for your home and allows for tossing treats at different distances, but if you have a sensitive dog it may be too loud for them. However, Furbo’s newest version has an upgraded camera, sensors, and wide-angle lens that puts it directly head-to-head against Petcube Bites. Furbo still lacks the community feature that I love about Petcube devices though, so unfortunately you can’t invite other family members or random people in to overfeed your furry friends. 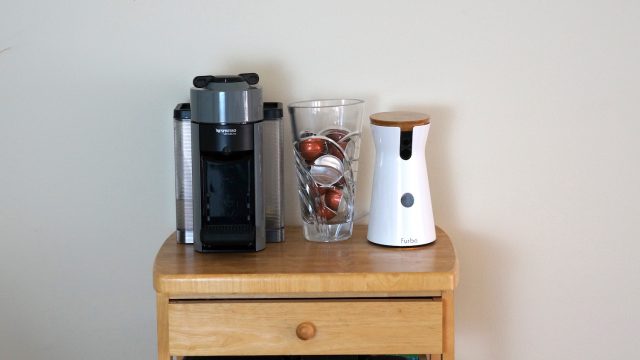 If you combined an Ikea vase, with a bamboo coaster, and a couple of LEDs, you’ll get the Furbo. As far as tech and gadgets go, it’s clear this was designed to be able to handle the rough and tumble actions of dogs or cats, and can easily sit on top of any flat surface. It’s not as sleek as Petcube Bites; however, it should fit relatively well in most settings where your dogs typically hang out (living room or bedroom).

Like the hardware, the app too follows a simplistic design. After setup, all you do is touch on the thumbnail image from the camera and you access the live feed. From there you can choose between taking a photo, recording a video, talking to your pet, or tossing out a treat. You can also adjust the bark sensor sensitivity, adjust nightvision mode, and record your own pre-treat prompt. The one odd feature that this seems to be lacking is that the app only appears to support a single device. I can’t imagine people really wanting multiples, but you never know.

Overall the Furbo treat tosser fits in relatively well with your surroundings, but probably won’t alongside any modern decor. What it may lack in industrial design, it gains in durability and ability to retail treats as a bumbling pug recently found out while trying to knock it over.

Should you buy the Furbo treat tossing camera? If you have a skittish pet and want to engage with it while away from home, certainly. This particular unit is lacking a few key features that a competing device has to offer; however, with the announcement of the new alert systems and improved camera, it now puts it directly head-to-head with it. Because that specific unit just released and we have yet to use it, we can’t speak to its functionality, and as a result feel that this particular version doesn’t need a number score since the new one potentially corrects a majority of negative aspects that we’ve found.