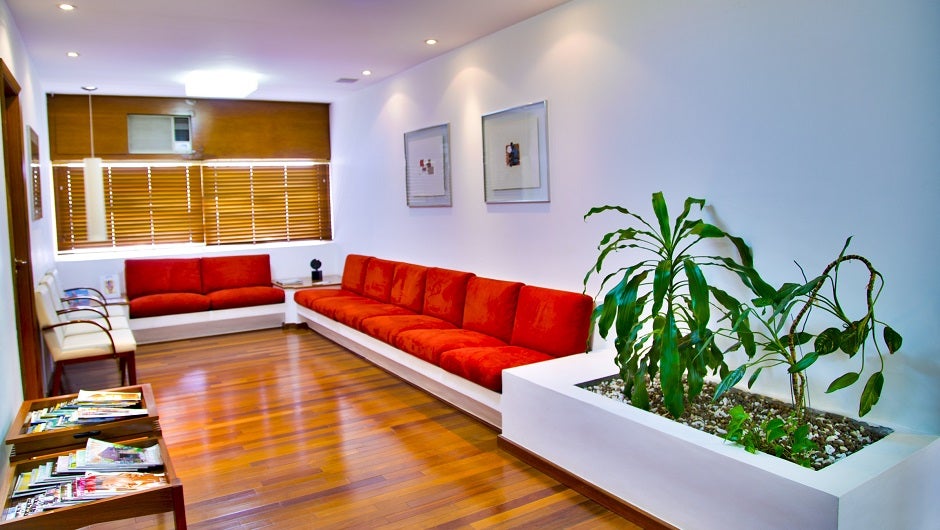 Interior design is in the process of being completely revamped as new technologies enter the playing field. By looking toward the future, particularly the nascent technologies of virtual, augmented, and mixed reality, interior designers are finding new ways to attract customers and outcompete rivals.

Each of these technologies brings slightly new opportunities to the table, but all of them work to improve and assuage difficulties that have plagued the business. Specifically, disappointment due to a discrepancy between expected renovations and actual ones, and customer hesitation in hiring an interior designer due to the fear of not having enough control over the process.

Traditional methods of advising and assisting customers have relied upon a combination of verbal explanations and 2D drawings. While this has served the industry faithfully, it has principal flaws.

The process of communicating can often leave a lot of room for confusion and disappointment. Even when the both the designer and customer are able to correctly express their vision, there is always the chance that the imagination doesn’t quite fully grasp how certain objects will work in concert and how different colors will produce unique emotions.

In the case of 2D drawings and conceptual depictions, the risk is that the customer will not fully appreciate the dimensions of depth and the sense of the room from various vantage points.

Off the three new technologies, virtual reality (VR) is likely the most commonly known. The idea is simple: completely immersing the user in 360 degrees of visual content to create the impression that the user is in a completely different environment. It is achieved through either VR specific devices, such as Oculus Rift or HTC Vive, or VR head-mounted displays (HMD), such as Google Cardboard and Samsung Gear VR, that turn mobile devices into VR devices.

When applied to interior design, the results are staggering. Instead of drawing, explaining, or imagining what a room may look like, people can now put on a VR device and literally walk through different iterations of their future living room. This allows people to see it from every angle, get a sense of the feng shui, and feel assured of what they’re going to invest in.

Due to the increasing cost-effectiveness of virtual visualizations, these sort of virtual walk-throughs are becoming ever more common for both corporate and personal customers. In large part, this is because of increasing partnerships between software developers and interior designers to bring greater precision and affordability to virtual interior designs. 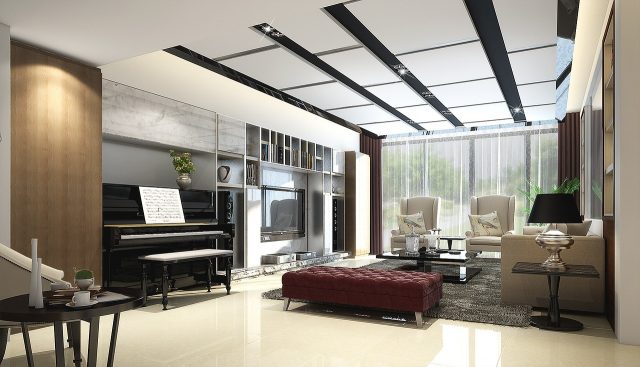 VR is also allowing for the development of so-called “virtual showrooms.” In effect, the user puts on the VR device and is suddenly in a store showroom. Instead of traveling, the process of buying a new couch can be done from the living room.

The advantage of doing it this way as opposed to via a computer is the fact that the user is able to get a real sense for the dimensions of the object. As the computing power of VR devices improve, allowing graphics to become ever more realistic, virtual showrooms may begin to displace traditional brick-and-mortar stores. To get a general idea of what virtual reality can do for your business, you can take a look at a VR platform for interior designers and architectors, designed by Marxent.

Augmented reality (AR) basically allows a person to use his or her phone to overlay the physical world with virtual elements. This is a fancy way of saying that you could use your phone’s camera and an AR app to see what a new green couch would look like in your living room.

Without getting too technical, most AR apps currently rely on marker-based technology. This means that a furniture company or an interior designer can give you a brochure or handout that you place in the location you would like to place a piece of furniture. Then by aiming your phone at the location, the piece of furniture — with real-to-life dimensions and scaling — will appear on your screen as if it were part of the room.

The benefits of new apps like this are that they allow potential buyers to know if something will fit in their room. We can all finally say goodbye to the soul-crushing, back-breaking process of buying a new dresser, lugging it upstairs, only to find out there’s no space between the bed frame and the wall. For furniture companies and interior designers, it offers increased competitiveness and higher customer satisfaction. IKEA, for instance, has long adopted the concept of virtual catalogs and increased their sales from 27.6 in 2012 to 35.1 in 2016, according to Statista.

Mixed reality (MR) is like augmented reality on steroids. It requires specifics devices, such as Microsoft’s HoloLens, but allows users to combine physical and virtual elements realistically and seamlessly without markers (re: brochures or print-outs).

Mixed reality devices read the physical environment, so all virtual elements interact with physical elements as if they truly existed; a “virtual” ball will, for example, roll off a real sloped table, fall onto the ground, and bounce according to the rules of gravity.

A Mix of Catalogs and Visualizations

Compared to VR and AR, MR is still being perfected. Innovative developers with Microsoft in charge, however, are already testing how it can be used to combine the best elements of VR and AR interior design apps.

Because mixed reality combines the 360-degree nature of virtual reality with the physical/virtual integration of augmented reality, it allows for a more dynamic form of “catalog apps” and the immersion of “visualizations” without costly and time-intensive development. Users would be able to add multiple hypothetical pieces but wouldn’t be able to remove actual, physical elements from view. Thus, MR catalog apps in development are best suited for empty rooms in a new home or smaller-scale, in-room re-arrangements.

The winner from all these technological advances will be the customer. Interior design has always had a degree of excitement — new furniture, new layout, whole new vibe. Too often, however, it could become a frustrating process of apprehension and confusion over what exactly was going to happen.

Virtual reality is a huge step forward for those big projects that require substantial forethought before committing to the costly renovation and construction accompanying such projects. Augmented reality is the perfect solution for solving those ever nagging questions of “Will it fit?”, “What if it was red”, and “Will it match the wallpaper?” Mixed reality will allow new homeowners to completely deck out their new home, in thousands of new arrangements, in a matter of minutes.

If there was ever a time to be excited about where interior design is going, now is that time.

Anastasiia is a writer, translator, and infinite Harry Potter lover. Even though she has been writing since early childhood, the passion for technology came five years ago. She has been doing research and writing throughout articles ever since. In her spare time, she explores top-notch developments and new solutions and sings everywhere she can.