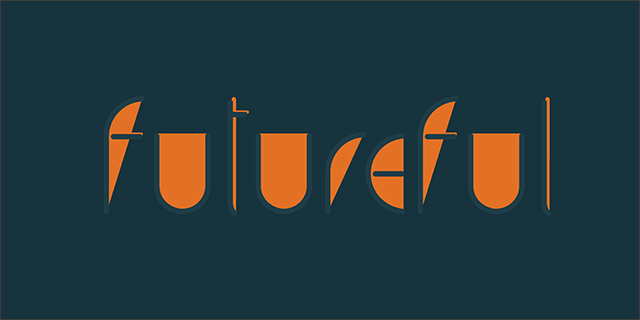 Many are familiar with StumbleUpon, Pinterest and Flipboard, but the new iPad app, Futureful, from Helsinki, Finland boasts an all-new way to view content. Backed by Skype cofounder Janus Friis, and designed as an app with a browser function built in, Futureful has some powerhouse programming and algorithms behind the scenes that predict user content to help fulfill the company’s mission of “what you want, before you even knew you wanted it.” That is, Futureful will supply the user with random Internet content based off their tagged and favorite interests as well as other users’ aligning interests within the Futureful community. The algorithms and programs built in to Futureful scour the user’s Facebook for potential interests, measure how much time one has viewed certain pages, monitor individual scrolling behaviors, and remember what times of day and week one reads certain information.

While the programming side is amazing, the implementation and development side of the coin is somewhat unnerving. The Futureful team currently has “no specific dates yet for other devices or platforms,” such as Android or Windows, which will severely limit their consumer market. Also, the team had initially pursued a browser-based edition of Futureful, yet abandoned it after hitting some roadblocks, and they “have no plans to revisit a purely browser-based version.” Once again, this limits their market by excluding one major resource that most Americans have – a computer. And this is a big point because the only market they are currently involved in is the US market, although they do have plans to expand globally over the course of 2013.

Not to say their development of the app itself has not been well done. It is an extremely polished platform, but there are a few reviews on the Apple App Store that highlight a major flaw with it – relevance. User Tdemo says, “Like some others who reviewed this, I checked it out because it was billed as a possible replacement for StumbleUpon and/or manual searches. However, it is not very useful…All in all, this app appears to address a problem I don't seem to have, and it does what it does rather poorly.”

The predictive measures that utilize their algorithm and programs seem to be the real positive to be found within Futureful. However, the implementation of such measures in an app for a “market that does not yet exist” is somewhat misguided. The world already has StumbleUpon to provide Internet content we might not normally find. What we have yet to see is the large scale establishment of a complex engine that maps, predicts, and delivers information, much like an AI might do. “We see Futureful becoming something much bigger than an app. Our deep technology could power a variety of interesting experiences and be an important part of open and large-scale information ecosystems,” the team says. My question to them, then, is, why not take your programs and algorithms, accept some of the offers from other companies to integrate them into their systems, and fulfill your ultimate dream to take Futureful beyond just an app?