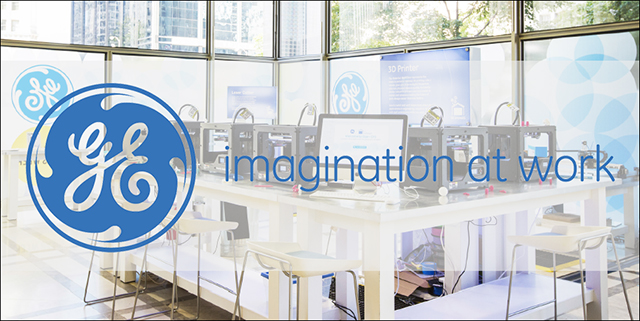 The GE Garages DC program officially launches today, with a pop-up, collaborative fabrication lab in downtown Washington, DC. The program provides individuals with some hands-on experience with various manufacturing technologies, including laser cutters, 3D printers, CNC mills, and injection molders. Starting today, visitors can take part in several on-site activities, such as building smartphone cases using GE's 3D printers, as well as registering to attend a series of demos, workshops, and classes. The program (and lab) will run only until Wednesday, April 9. 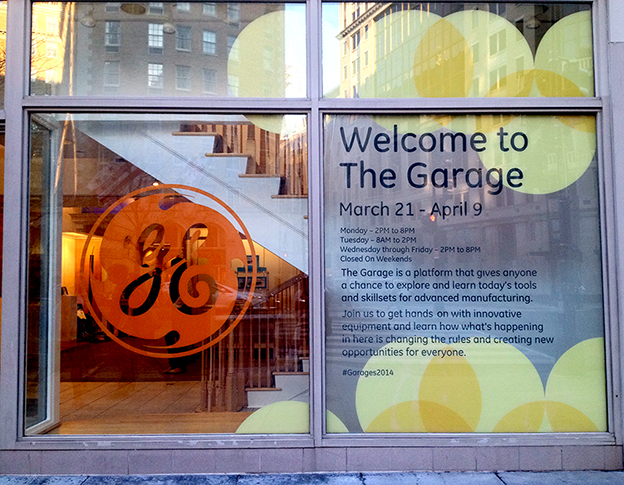 GE Garages first started in March 2012 as a large-scale national initiative to re-inspire Americans to take part in invention, innovation, and manufacturing. Developed in partnership with Skillshare, Quirky, Make, and Inventables, the program involves a fully equipped, collaborative fabrication lab and skill-building center, where people are free to explore and use its tools. Participants get the opportunity to work alongside technical experts and to learn about how they can churn their own ideas through the manufacturing process. In 2014, GE is taking Garages on a global tour, hoping to further spread a passion for innovation.

As part of Garages's 2014 global tour, GE is introducing Firstbuild, an open platform for innovators to prototype, iterate, and refine existing GE products, as well as produce new designs. Firstbuild is the result of a partnership with Local Motors, an open-source hardware innovator focused on automotives, and will center on the collaboration of ideas in an open online community between technologists, community members, designers, and engineers. The most popular innovations from the community will then go through testing, rapid prototyping, and small-volume production at a microfactory. Firstbuild won't officially launch until summer 2014, but visitors can go to the DC Garage and work on brainstorming innovations for the refrigerator. 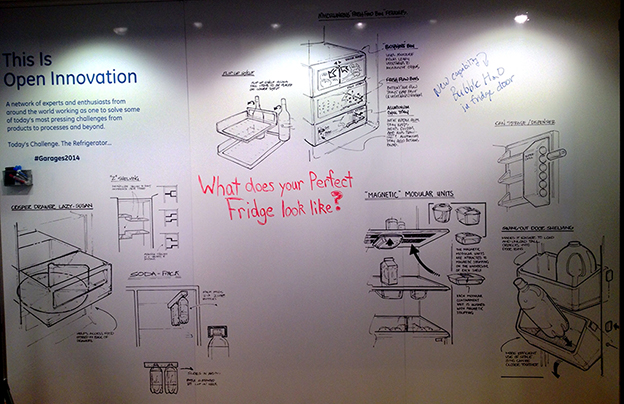 Visitors to DC's GE Garage can brainstorm ideas on how to build a better refrigerator.

The GE Garages DC program runs from March 21 to April 9, and is located at 1122 Connecticut Avenue, Washington, DC 20036 (closest Metro stop: Farragut North on the Red line). The Garage will be open 2-8 pm Mondays and Wednesdays-Fridays, and 8 am-2 pm on Tuesdays. It will be closed on weekends. Check here for a calendar of workshops and classes.

Tech Cocktail will be holding a fireside chat with Local Motors Chief Strategy Officer Justin Fishkin at The Garage next Thursday, March 27, sponsored by GE. The event is free and will begin at 6pm.