Last month we announced GE's use of Instagram to search for the next GE “Instagrapher.” After more than 3,000 Instagram photos were submitted relating to the 4 core themes (Moving, Curing, Powering and Building) of GE, the search is over.

GE has announced the next Instagrapher is Adam Senatori, whose winning photo was selected by a group of panelists (which included Tech Cocktail's own Frank Gruber). Senatori is a Madison, Wisconsin-based still photographer, cinematographer, raconteur and 6000 hour pilot. Adam will be flown to the UK to shoot the GE Aviation Facility, bringing his own style and Instagram flare.

Adam's winning photo, which captured the “Powering” theme, is shown below. You might notice that his caption with the photo explained it would be his last Instagram photo for a while as he wasn't gaining the traction he was looking for, though he does have over 7,000 followers on the service. Being named the next GE Instagrapher could be just the “break” Adam was looking for. ;)

Some of the other finalists and fan favorites were shared in this photo album  on Facebook. 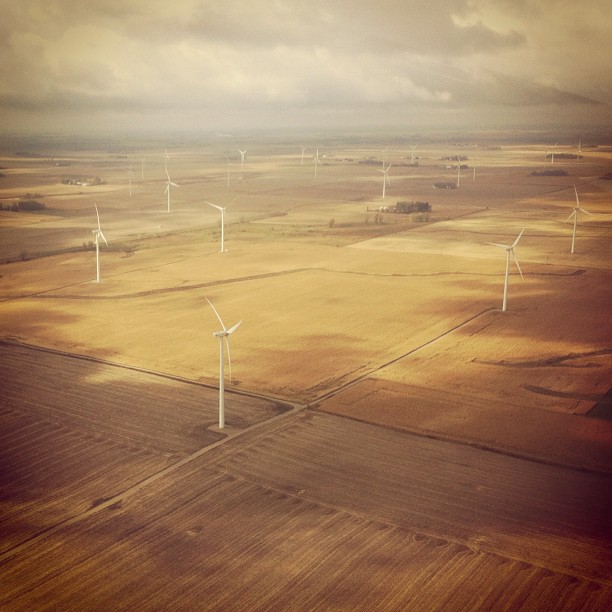 Wind farm in Iowa. Oh, this is my last IG for awhile, taking an Insta-break. In a year and a half I've struggled to gain much traction on IG. My aerial adventure/ shooting out an open aircraft window niche isn't resonating. On to the next Act…

Disclosure: This article is sponsored by GE as part of their search for the next GE Instagrapher.