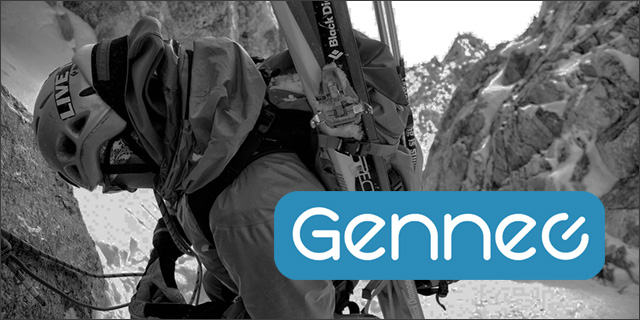 Most of us have forgotten to charge our phone for the following day at some point in our busy lives, but other situations can present the need to power up in less-than-ideal conditions as well. For example, what if you need to charge your phone on a hiking trip, or while traveling internationally, or even during an emergency?

Even when you can't get to a power outlet, Genneo can help you power up. Genneo is a device that captures green kinetic energy from everyday movement like walking or running, and can be pre-charged to act as an auxiliary battery for mobile devices.

Though this isn’t the first kinetic-energy-capture device for mobile charging, testing suggests that Genneo has more versatility, efficiency, and energy-capture rates than other comparable options. The actual energy-harvesting technology Genneo uses, as well as the user experience, is significantly different from anything on the market, according to Blake Isaacs, cofounder and CEO of Genneo.

“For about every five minutes of walk time, you’ll get about one minute of talk time, but if you’re in a hurry or have more energy available, running or simply shaking the device can nearly triple that rate, and it will charge your cell phone at about the rate of a wall plug-in,” explained Isaacs.

Genneo’s peanut shape makes it ergonomically easy for anyone to grip, store in a messenger bag, or strap on. It comes in three sizes, with different battery capacity and energy capture rates. In addition to kinetic-energy capture, Genneo can be pre-charged like an auxiliary battery using the same common USB cable needed to re-charge your phone or tablet.

Isaacs said, “You become your own power source, and that’s an empowering feeling. That really was the inspiration for me to start looking at this. I thought ‘Hey, I’m an active guy. I’m mountain biking, I’m running, I’m out there walking. I know there’s a lot of energy in all of that movement, and my phone’s always dead. Why can’t I use some of that energy to keep my phone charged?”

Still in beta, Genneo plans to have the product on shelves for purchase in 2014 at about $149-$299, depending on the model. However, a Kickstarter campaign will also launch this summer and is planned to give contributors first access to the product, probably at contributions lower than the retail price.

Genneo was a showcased startup at our Tech Cocktail Kansas City mixer.

Guest author Kaitlynn Hendricks is a systems builder and a solution-focused, broad-scale economist. She works as a business developer in Washington, DC, where she spends her days pursuing, supporting, and telling stories about ventures in development and stewardship of globally conscious, locally focused networks of human, physical, and liquid capital. She enjoys timeless and occasionally avant-garde fashion, reading things that are just a little bit too complicated to really understand, relentlessly challenging the status quo, and exploring the city on her vespa. You can follow her on Twitter @sophistikaty.