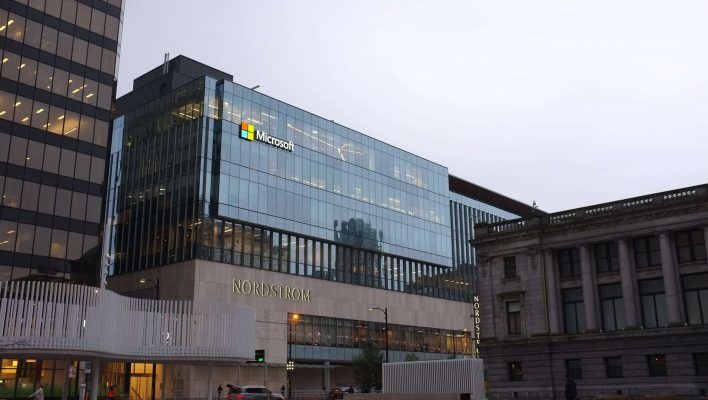 Although now in pole position, Microsoft is only marginally ahead of Apple, with as little as $30 billion separating the most valuable two entities on the planet.

The news follows the publication of Apple’s Thursday earnings and CEO Tim Cook revealing that the company lost around $6 billion to supply chain issues relating to the global chip shortage.

Microsoft may have usurped Apple to become the most valuable publicly traded company, but it wasn’t by much. At market close on Friday, Microsoft was valued at a huge $2.49 trillion, with Apple hot on its heels at $2.46 trillion.

Apple’s overall revenue still grew by 29% year-over-year, and all of its product categories grew on an annual basis.

Apple’s value as the market closed last week, however, fell somewhat short of Wall Street expectations, but the company’s overall revenue still grew by 29% year-over-year and all of its product categories grew year-over-year too. iPhone sales, for example, grew 47% year-over-year, but still fell short of predictions.

Microsoft, on the other hand, surpassed expectations for its revenue in the first fiscal quarter, posting a 22% increase year-over-year, reportedly the fastest growth the company has experienced since 2018.

Apple lost its place at the financial summit due to the global chip shortage that’s making it increasingly hard to manufacture Apple products. The chips in short supply are called semiconductors, and they perform a wide variety of functions in a number of different tech products.

Amongst the list of factors to have caused the shortage is the rise of 5G over the past two years, which massively increased demand, as well as the US refusing to sell semiconductors to Chinese-based Huawei, which meant non-US companies producing semiconductors became swamped with orders from Huawei. An enormous increase in cryptocurrency mining, which requires high-end graphics cards, also is thought to have contributed.

There was also a general increase in demand for these types of chips over the past year and a half, spurred on by the need for more webcams and laptops for employees working from home, coupled with a drop in supply due to chip-producing factories closing for a number of months.

“We had a very strong performance despite larger than expected supply constraints, which we estimate to be around $6 billion” Apple CEO Tim Cook told CNBC. “the industry-wide chip shortages that have been talked about a lot and COVID-related manufacturing disruptions in Southeast Asia.”

The global chip shortage comes at a particularly bad time for Tim Cook and Co. considering Apple’s suite of new products they’ve just launched. This includes a ninth-generation iPad, iPhone 13, a brand new version of the iPad Mini, Apple Watch Series 7, and the new MacBook Pro — as well as the tech giant’s third iteration of the AirPods.

According to Financial Times reporting from this week, Apple’s production of iPads is down by almost half in order to reallocate components in short supply to the new iPhone 13, which remains tough to find at Apple’s retail sites.

What does the chip shortage mean for your business?

Well, the first question to ask yourself is this: how many items of tech does your business have that require the semiconductor chips in question? Depending on the industry you work in, the answer could be anywhere between “literally everything” and “absolutely nothing.”

If you are part of a business that relies on these chips and is looking to plan ahead, it might be worth postponing any serious, company-wide hardware upgrades for as long as possible, and altering your IT roadmap to account for the current shortage. Industry experts are predicting it could take up to two years before the supply chain has fully stabilized.

With Apple essentially on its knees when it comes to producing new products, and the supply of microchips showing no signs of growing any time soon, it could be a long time before iPhones, iPads, and other Apple products return to shop shelves in full capacity.