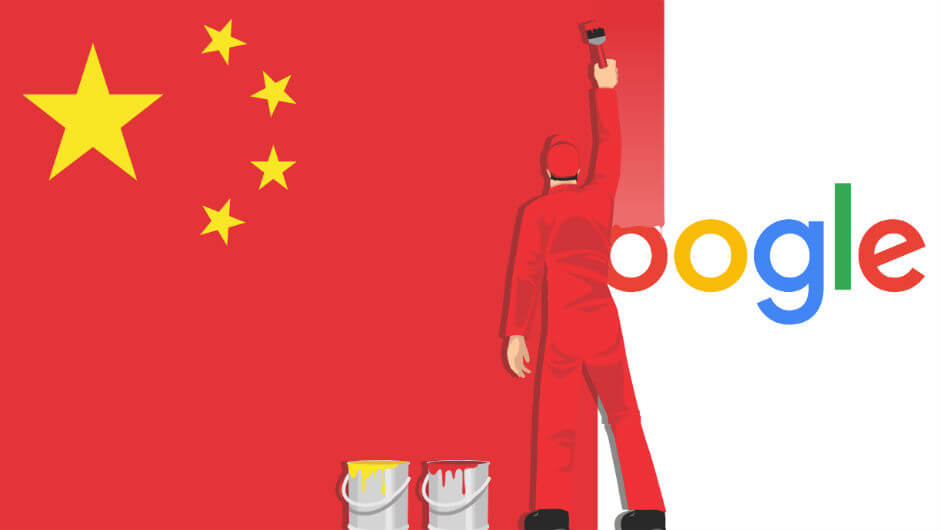 Google is planning to relaunch its search engine in China, in the form of a censored version designed to comply with Chinese government ideology, according to a whistleblower from within the company.

According to leaked documents given to The Intercept, Google is returning to China with a bespoke search engine for Chinese citizens. Unsurprisingly, condemnation of Google’s return to China has been swift and unyielding with Amnesty International’s Patrick Poon stating “It will be a dark day for internet freedom if Google has acquiesced to China’s extreme censorship rules to gain market access… In putting profits before human rights, Google would be setting a chilling precedent and handing the Chinese government a victory.”

But what does this mean for Google, China, the Chinese people, and you? Is this something we should all be worried about?

A whistleblower from within Google leaked the documents to The Intercept and gave them an accompanying statement.

However, to really understand the significance of these leaks we have to look a bit deeper. The employee was working as part of a clandestine project within Google, named ‘Dragonfly’ which has been operating since spring 2017, and accelerated following a meeting between Google CEO Sundar Pichai and a top Chinese government official.

“What is done in China will become a template for many other nations,” Google whistleblower

Dragonfly was restricted to just a “few hundred members” of Google’s 88,000-strong workforce. This means that The Intercept’s source is a trusted Google employee and despite not being authorized to talk to the media, felt a moral obligation to reveal the details of the project.

The source said in a statement to The Intercept, “I’m against large companies and governments collaborating in the oppression of their people, and feel like transparency around what’s being done is in the public interest.” The source also said they feared “what is done in China will become a template for many other nations.”

Both Google and China’s Ministry of Foreign Affairs failed to respond to multiple requests for comment on The Intercept’s story.

The whistleblower’s fate, if identified, seems to be sealed given Google’s previous practices. According to The Information, Google’s Data Classification Guidelines prohibit any employees from discussing with outsiders anything that happens at the company.

What Does This Mean for Google?

Clearly, this is a PR nightmare for Google. Not only is it cooperating with one of the most information-restrictive regimes in the world, but its actions fly in the face of its own “Do the right thing” motto. This was an update to its previous “Don’t be evil” mantra, which was quietly dropped earlier this year.

Needless to say, the financial implications are likely to be positive for Google. The California-based company will gain access to hundreds of millions of internet users, which will undoubtedly work wonders for its bottom line.

Despite backlash and criticism from NGOs, media outlets and governments in the West, it’s unlikely that Google will feel any noticeable side effects such is its dominant position in the internet world.

Its Chrome browser is used by some 60% of internet users around the world, its Android operating system is used on a staggering 80% of phones worldwide – even this story was drafted in Google Docs. This level of control over how the world processes, disseminates and absorbs information is, frankly unprecedented, making Google close to invulnerable to external shocks and challenges.

What Does This Mean for the Chinese People?

Sadly, not a lot. They’ll get access to a new search engine to access the same information they’ve always done. Google is even making a Chinese-specific version of the Google News app, according to TechCrunch – yet another way of ensuring that only approved, government-sanctioned news reaches a Chinese audience.

Google had previously operated in China, again, using a version of search which blacklisted anything deemed to be anti-communist or dissident in the eyes of the Chinese Communist Party (CCP).

However, in 2010, the search giant decided to withdraw from China citing security, privacy and censorship concerns. In a widely praised move at the time, it began redirecting users looking for Google.com.cn to Google.com.hk, the Hong Kong-based version of Google which was not subject to CCP controls.

It will be interesting to see what happens to google.com.hk. After all, Hong Kong has been an autonomous, self-governing region of China with its own economy and political structure, but will be integrated into the Chinese mainland in 2047.

Will the Hong Kong version of its search engine be integrated into the Chinese version prior to 2047? It seems likely, given the Chinese government’s determination to begin restricting the rights of Hong Kongers.

What Does This Mean for the Chinese Government?

As Amnesty International’s Patrick Poon notes, this is a major victory for the Chinese government in terms of information control. It also represents another rung in the ladder towards Chinese pre-eminence on the world stage.

Already, the Chinese government can request any information from any company operating in the country on a whim. According to George Magnus, author of Red Flags: Why Xi’s China Is in Jeopardy, the CCP has decreed that party officials should become more involved in the running of domestic and foreign private companies.

Interviewed for Tech.co, Timothy R. Heath of the RAND Corporation stated that “Chinese law requires Chinese companies to pass on information and data to state authorities if national security is involved. Given how closely they define “national security”, this means Chinese officials can fairly readily access information or data”.

Given the amount of information Google controls, the thought that it could end up in the hands of the Chinese government is certainly worrying. Moreover, Google itself isn’t opposed to handing over user data to governments. In a blog posted prior to The Intercept story being published, Google claims it actively campaigns in the US to update laws mandating companies hand over user data to law enforcement agencies and the US government, as long as a warrant is provided.

Magnus says that one of the goals of China’s industrial strategy is to become “top dog” in the world of tech, surpassing its international rivals – namely the US. By getting one of the world’s biggest and most important companies (that’s US based), to kowtow to its censorship strategy, it shows that China can operate above the head of the US government and go straight to the heads of multinational companies and corporations who are willing to work with it.

Should You Be Worried?

At the moment, Google’s new search app isn’t live in China. And there’s no evidence, yet, that other major western tech companies are actively working with the Chinese government in the same fashion.

However, this development does set a precedent that raises concerns. With companies becoming more intertwined with the operations of the Chinese state and the CCP, it represents the thin end of the wedge for the removal of internet freedoms.

A simple protest would be to stop using Google products. But, at this point, it’s near enough impossible to disentangle yourself from an ecosystem covering Google Search, Maps, Gmail, Android and YouTube. This dominance leaves Google with nearly all the cards in its hand, and users with precious few left.