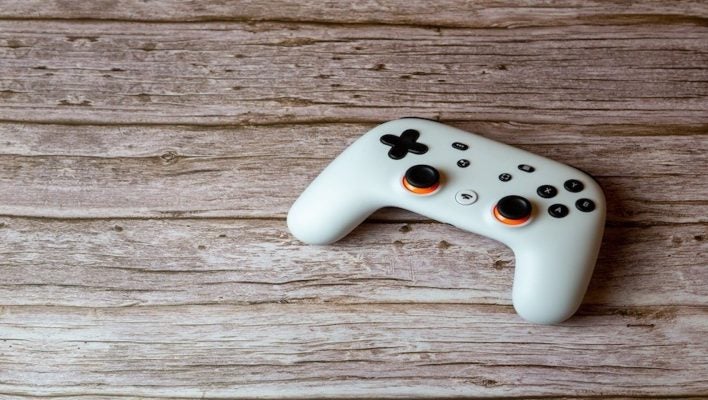 Google has announced that it is closing its in-house game development team for the Stadia streaming service, signalling what could be the end of the company's gaming endeavours.

The “Big Three,” comprising Nintendo, Microsoft, and Sony, have had a vice grip on the console market for decades now, and despite some companies making a bid for their own spot, none ever seem to be able to hold break through.

In 2019, Google entered the industry with its own video game streaming service, promising high-resolution, low lag gaming on a variety of devices. Just two years later, Stadia already seems like it could be heading for the chopping block.

What is Google Stadia?

Despite it receiving decent coverage when it was announced, it's possible Stadia slipped under some people's radars. Stadia was Google's attempt at a foray into the world of console gaming.

The main selling point of Stadia was the concept of streaming games. Rather than having to buy a copy of a game and install it onto your limited hard drive, you could instead simply play your game of choice off of a cloud server.

There is definite appeal to this. The image of the game would be streamed to your computer, tablet, or phone, but since the processing is happening on cloud servers, these devices aren't going to need amazing specs to keep up with a detailed game.

Where Did Google Stadia Stumble?

Google has had ample time at this point for Stadia to make a splash. Stadia was released on November 19th, 2019, meaning that it's been out for over a year now.

While it's hard to get a read on how many sales they've had since then, the launch was only met with 175,000 downloads of the dedicated app. Compared to the 2020 launch of Sony's PS5, which was estimated to have sold just under 1.5 million units, and you can see that this might be considered an underperformance.

But as we all know, a storm was brewing in November of 2019, a storm from which game companies could only benefit. After the pandemic caused lockdowns across the world, Nintendo's profits tripled as people flocked to buy their time-filling products.

If there was ever a time for a new gaming service to make an impact, it was during the early days of the pandemic. However, in March of 2020, data suggested that it had only sold 107,000 units in the previous two months.

When a product fails like this, it's always a game of finger-pointing trying to figure out why. Did the marketing fail? Was the game library not big enough? Or was the product simply not what was promised?

It's hard to nail down the answer, but it's possible that the higher ups go Google were overly confident about their knowledge of the game industry.

No one would doubt that Google (or, more correctly, their parent company Alphabet) is an absolute tech behemoth. But it may have been this size that allowed them to feel comfortable with stepping into what they perceived as a similar industry, when in reality, game development is a very different beast.

What's Next for Stadia?

As of February 2021, Google has shut down their first party studio, meaning that they are no longer creating their own games for Stadia. They claim that this move shouldn't be interpreted as them giving up on Stadia, but it's hard to view it as anything else.

Given our focus on building on the proven technology of Stadia as well as deepening our business partnerships, we’ve decided that we will not be investing further in bringing exclusive content from our internal development team SG&E, beyond any near-term planned games. – Google statement

150 Stadia developers have thusly lost their employment, as Google says the device is shifting focus to third party developers.

It would be nice to see a new console or method of play taking the gaming world by storm, but it seems that it won't be Stadia. For now, Stadia might be taking a seat on the bench, nestled comfortably between Google Plus and Google Glass.