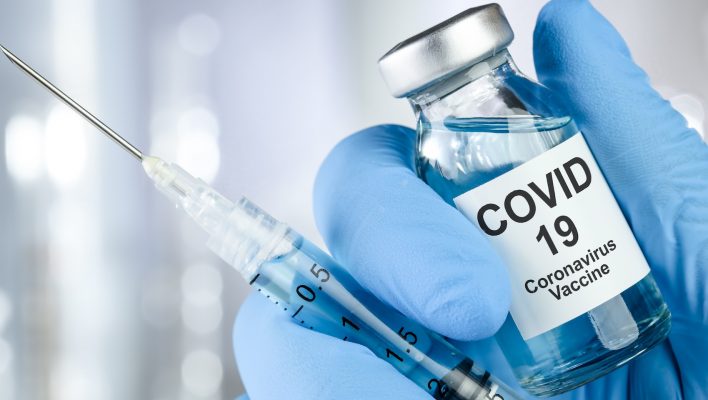 As COVID's Omicron variant rears its head, humanity is having to once again look at our rules and regulations in order to do what we can to slow its growth. However, morale is low across the board, and the US government is having to do what they can to push vaccinations on as many citizens as possible.

In response to this new surge, the US government has imposed a new vaccine mandate, this time aimed at businesses – any business with over 100 active employees must verify that each employee is fully vaccinated. The date for compliance is January 4, 2022.

As soon as this mandate was announced, many people and businesses voiced their disapproval of the law, saying that the government is overstepping its rights, and that personal choice of both the individuals and the businesses is not up to the government's control.

What Has the Government Done?

While this mandate has been circulating the conversation for a while, the US government has finally pulled the trigger and decided to impose strict vaccine rules. The 6th U.S. Circuit Court of Appeals in Cincinnati has lifted an injunction that stopped a vaccination mandate.

This mandate stopped the Occupational Safety and Health Administration (OSHA) from imposing a vaccine mandate on large businesses, which are businesses that employ over 100 employees. This means that 80 million Americans are now required to have been vaccinated to attend their jobs, whether they're applying to new jobs or have been employed for decades.

Many large businesses have met resistance within their ranks when it comes to vaccine mandates. Boeing has had trouble mandating vaccines across their business, while Biden's healthcare worker vaccine requirement was blocked by courts in over half the states.

This new mandate will override both of these issues, either pressuring workers into being vaccinated, or forcing them to find employment elsewhere.

What Are the Responses to this Decision?

People are unsurprisingly less-than-thrilled about this new rule. Those who are unvaccinated at this point are predictably staunchly opposed to this mandate, while those who are already vaccinated are relatively unaffected. Multiple government officials have vocally expressed their dissatisfaction with this development:

We will continue to fight for the constitutional liberties of all Arizonans. These COVID-19 vaccine mandates are unconstitutional & must be stopped. pic.twitter.com/04PteEBCTo

We will go immediately to the Supreme Court- the highest court in the land- to fight this unconstitutional and illegal mandate. The law must be followed and federal abuse of power stopped.

Many businesses are also not particularly happy having to deal with this. Much like individuals, businesses have been making their own choices when it comes to vaccination rules, so to have them forced upon them by the government is viewed as an infringement of rights.

As mentioned, this mandate has been in talks for a month or two, so appeals have been in the works for just as long. Businesses and individuals alike have been piecing together arguments as to why this is an unfair rule to impose in a country that is supposed to allow businesses to operate under a fairly loose rule.

The Future of Work with COVID

Whether or not this mandate sticks, working alongside COVID or COVID-related restrictions is basically a sure thing for the foreseeable future. Maybe this mandate will be overturned in time, but our work culture has already been irreversibly changed by the pandemic.

For example, a large portion of office working has switched to hybrid or home working systems, with a huge boom in web conferencing platforms like Zoom and Zoho Meeting.

And it's not just web conferencing – a lot of businesses are relying on things like remote access software and VPNs in order to keep their data secure while their employees are working off their secure networks. These are indispensable when it comes to keeping your business safe when employees are using their own, less secure Wi-Fi networks.