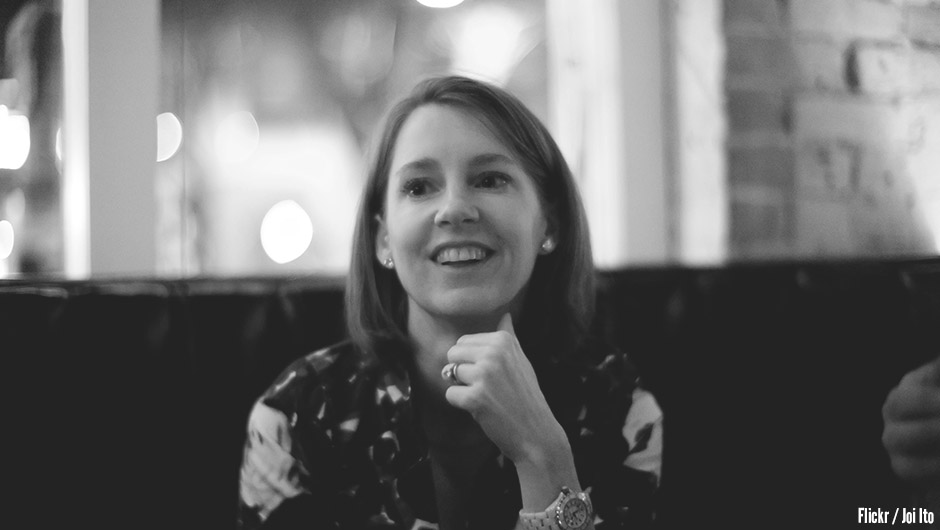 Gretchen Rubin has made a very important realization since her best-selling book The Happiness Project. She learned that, more than anything else, its habits that drive happiness and that the two are very much connected. That realization has led to her most recent book Better Than Before: Mastering the Habits of Our Everyday Lives.

I had the pleasure of sitting down with Rubin in the dingy loft of a bar in downtown Austin (probably not where she is most accustomed to doing interviews), to ask her about her new book, what habits have to do with happiness, and some of the challenges she faced during the research and writing process.

How do habits specifically tie into happiness?

Rubin: One of the things that was really interesting for me, and that was a mystery I was able to solve, was that when I wrote The Happiness Project and Happier at Home, people kept saying to me, “But how did you get yourself to do all that stuff?” and I was like, “well I made all these resolutions, I thought they'd make me happier, and they did, so I just did them.” And they were like, “but how did you get yourself to do that stuff?” And I'm like, well clearly they're struggling with something that I'm not struggling with, like what's the difference between us? And so it's all very interconnected in my mind.

What was been the hardest habit for you to form and what has been the most rewarding?

Rubin: They're probably the same. I wouldn't say it's been the hardest habit because, in a way, one of the things that was crazy about it was how easy it was, but I think it was the most dramatic habit that from the outside people would say, “Wow, that must have been really really hard for you.” And the fact that it wasn't hard for me was partly what was so intriguing to me. I read a book on spring break, four years ago now, a book called Why We Get Fat by Gary Taubes, and overnight I changed 100% of my eating habits. Dramatically overnight.

What was your most surprising discovery when researching Better Than Before?

Rubin: The must surprising thing for me is how often, when we're trying help people change their habits, we tell people, “You should be able to do this.” Or, “this is the way.” And people want that. They're like, “what is the way to change my habits?” And, you know, it's things like, do it first thing in the morning, start small, give yourself a cheat day, do it for thirty days. Like that's the answer – that's how you change a habit. But the thing that surprised me was that in some ways we're very much alike, but in some ways we're very different from each other and I'm surprised by, really, how people have these very fundamental differences in how they change their habits which are very powerful, and once you recognize them, it's so much easier for people to change their habits.

What was your biggest challenge in writing Better Than Before?

Rubin solved this challenge by focusing on 21 strategies for building habits, which can be individually tailored. She is now working on a follow-up book of sorts that focuses on the Four Tenants she delves into in Better Than Before.

When she's not busy writing, Rubin also co-hosts a podcast with her sister called Happier with Gretchen Rubin which can be caught weekly.