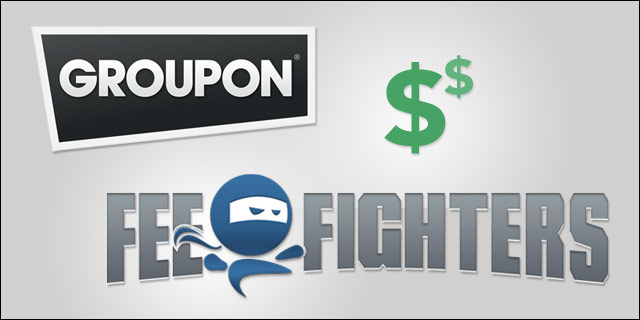 Groupon has been on quite the acquisition spree this year.  In February, they purchased travel site Uptake, which lets you use your social networks to research travel destinations, adding to their Groupon Getaways department.  Prior to that, they acquired Hyperpublic, which aggregrates place and deal data to connect people to places better, and Adku, an ecommerce data firm that optimizes shopping by offering you product suggestions.

Last week, the Chicago-based daily deal behemoth announced the purchase of FeeFighters, a startup that provides online payment services and comparison shopping for credit card processors. We have been following FeeFighters since 2008 when they were known as TransFS and were a showcased startup at our winter 2008 Chicago mixer. Tech Cocktail co-founder Eric Olson was part of the initial TransFS team until he took on grad school. After the name change, they pulled in our former intern Stella Fayman as a marketing co-founder, and they were part of the first Excelerate Labs accelerator class, raised $1.6 million in funding and now exited to Groupon.

If you look at these recent acquisitions (there have been 17 total in the past 12 months), you can start to see a pattern: Groupon is building a massive platform and database around small businesses.  While there has been much speculation about the future of daily deals (neither Groupon or LivingSocial are turning profits yet), they are opening up an entirely new playing field of offering services to small businesses around the world.

Because the success of small businesses are so vital to the health of the global economy, this is only good news. The more support small businesses get – whether it’s connecting with customers on a more micro/local level or just making it easier to for them to run their businesses – the better.

It will be interesting to see what is next for Groupon.  We can only guess it’ll be big.