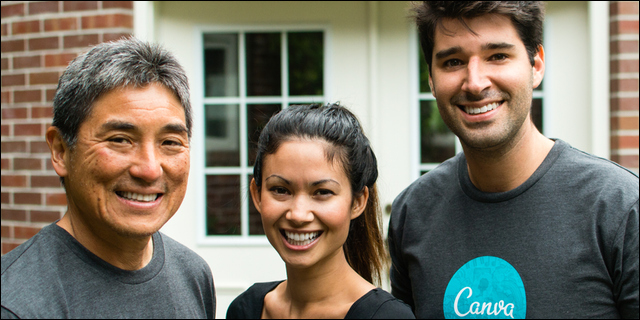 Today, Guy Kawasaki and Canva announced that he is joining the Sydney startup as chief evangelist, responsible for growing their global audience.

Kawasaki, who was the chief evangelist at Apple from 1995-1997, is now an advisor to startups like StumbleUpon, Ustream, and TripWire. He was an early adopter of Canva, using the design platform to create graphics for his social media posts and email newsletters.

“Macintosh democratized computers; Google democratized information; and eBay democratized commerce. In the same way, Canva democratizes design,” says Kawasaki, who has written 12 books. “You don’t get many chances to democratize an industry, so I seized the opportunity to work for Canva.”

Kawasaki will also build an evangelist program for Canva. The startup launched in August 2013 and has grown to over 330,000 users, who are creating over 100,000 designs every week.