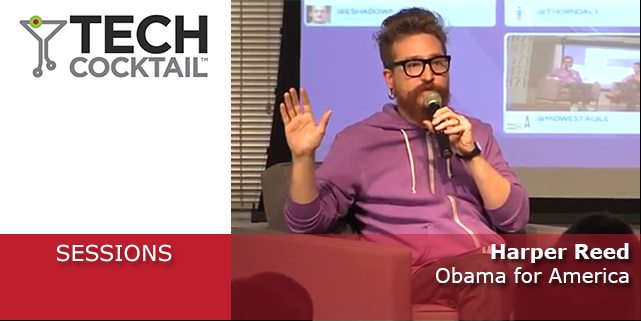 While he certainly did a fine job leading President Obama's 2012 reelection campaign, Harper Reed will tell you that there are definitely some things he would love to have changed if he had to do it all over again. For one thing, he would have dedicated more time to creating a diversified team – something that he encourages all companies to do.

Reed is the former CTO of Obama for America. When putting together his team for the campaign, he knew that it was important for him to bring in only the most talented people. “In 2012…we [knew we] had to build these big, great [technology tools and platforms]…we had to have real technologists do real technology,” said Reed. He brought on 40 engineers and over 120 tech staff – ten times as many as those in 2008 – and it obviously paid off handsomely for the campaign (I mean…Obama's in his second term). According to Reed, putting together a solid team is one of the most difficult aspects of starting a company; if he had his way, he would have spent more time putting together the team for Obama for America.

“It's incredibly hard to build teams. Oftentimes, it's the thing we [entrepreneurs] stew on. We collected the right people to make sure [Obama's re-election] could happen,” said Reed. “We did not do a good job [in terms of diversity] on the tech team for [the campaign]. For the most part, we hired all white dudes…If we had to do this again, I would spend more time solving that problem.”

The issue of diversity within the startup ecosystem certainly isn't a new topic of discussion. Indeed, it's been covered in posts from the likes of Fast Company to (most recently) The Guardian. Known to be occupied predominantly by privileged, educated, white males, Reed is only one among a handful of men from that group that is willing to actively discuss and encourage diversity among startup teams. As he notes in this talk, great innovation can only come from diversity – he cites how Google capitalized on diversity early-on, allowing the company to innovate ahead of its competitors.

“Don't be afraid to hire people that look differently from you; innovation comes from diversity. Try to do that – try to talk about the difficulty…talk about the [diversity issue]…it's not going to go away if we ignore it. The Internet isn't just a bunch of white dudes with beards; it's important for your team to represent the Internet.”

Reed claims that a diverse team of people are the ones that are going to build the best apps, the best culture, and the best companies. For him, it's important to devote time to thinking about how diversity can impact a company culture. He did precisely this when founding Lunar Technology Corp, and he lays down a framework for others on what they can do to put together the best team conducive for innovation.

Watch Harper Reed talk about diversity, how to put together a great team, and his experiences on Obama's 2012 reelection campaign. You can see it here.

Subscribe to Tech Cocktail Sessions on iTunes and never miss a Session. –