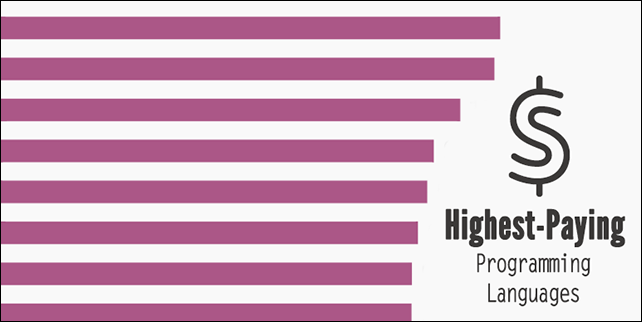 This past summer, we looked at a ranking of the of top programming languages by growth, popularity, and job demand. Those rankings – compiled by the IEEE (Institute of Electrical and Electronics Engineers) Spectrum found that Java, C, C++, Python, and C# are the top five programming languages in the country. In an entirely new ranking compiled utilizing data from Burning Glass and the Brookings Institution, Quartz listed the top 12 highest-paying programming languages.

In this new age of technology, it's certainly no surprise that programming skills are in high demand; however, it seems that some languages are in higher demand than others (and therefore pay more). Looking at the rankings provided by IEEE and Quartz, you'll quickly notice some overlap in languages in the top spots; however, there is a huge disconnect particularly in the case of Ruby (which ranks eighth in IEEE's ranking but first in Quartz's). Following up on that same train of thought, you'll also pick up on the fact that Ruby on Rails is noted on the rankings. While Ruby on Rails is a framework (as opposed to Ruby, which is the language behind it), many jobs requesting candidates with experience in Ruby necessitate the inclusion of actually knowing how to work with Rails.

Here are the Highest-Paying Programming Languages: 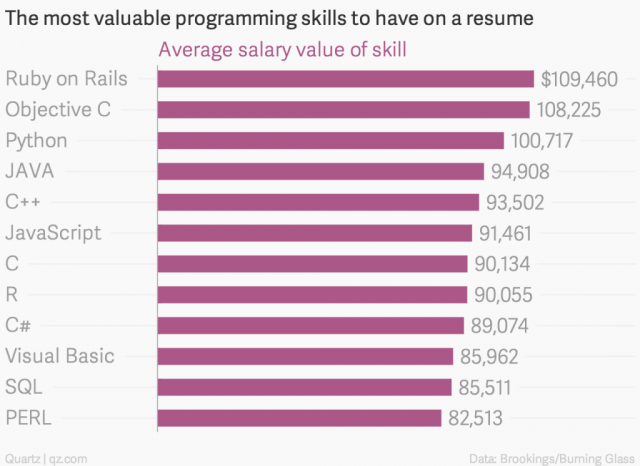 A ranking of the highest-paying programming languages by average salaries. (Via Quartz)