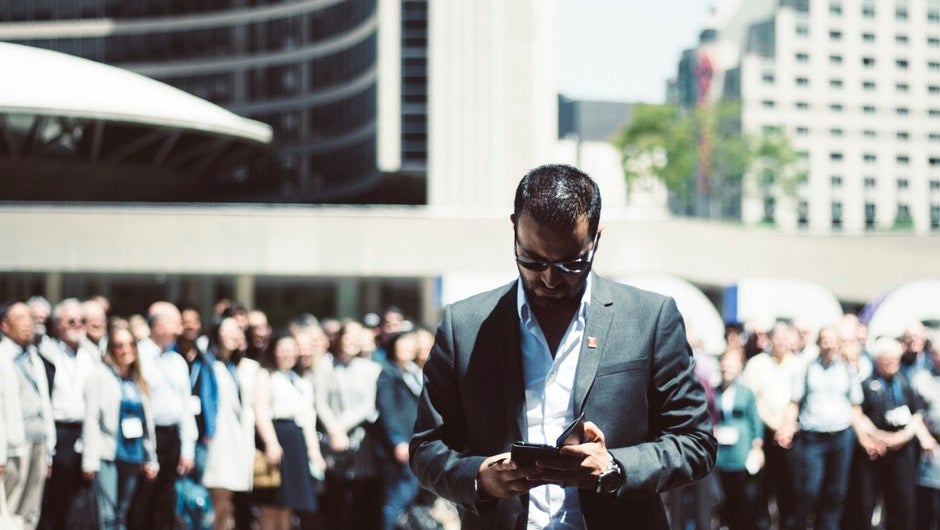 What do California, New York, Illinois, Georgia, and North Carolina have in common? The most highly funded fintech startups in their state are each worth over a one-billion-dollar valuation.

Fintech, a portmanteau of the phrase “financial technology,” refers to the growing tech industry and popular startup niche centered around finding new ways to handle finances. Think Mr. Robot, but without the apocalyptic results. Well, so far. In any case, the fintech startup boom has led plenty of industry experts to keep a watchful eye out, and CB Insights is no exception.

The Startups, by State

The fintech startups and their funding are collected in the graphic below, with one major caveat: CB Insights only saw fit to include startups with $100,000 or more in funding and who last saw a funding round as late as 2015. As a result, only 38 states made the cut. That number is still quite impressive and highlights the quick rise of fintech in the tech world. Here's the map, and you can check out a larger version here. 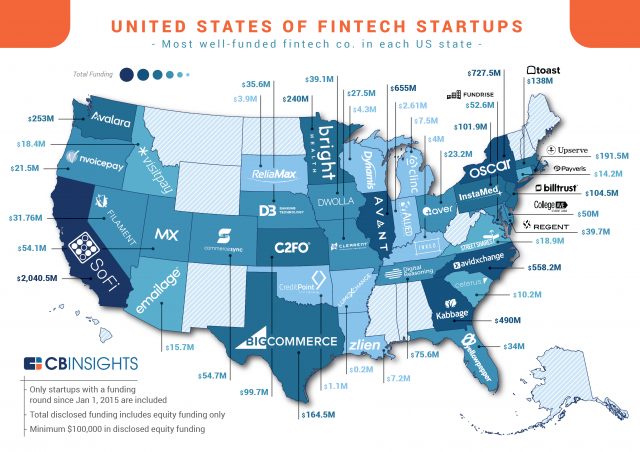 What about the least well funded to make the cut?

“On the other end of the spectrum,” CB Insights notes, “over half of the companies on our list have raised less than $50M. LumoXchange (Arkansas, $200k raised) and CreditPoint Software (Oklahoma, $1.1M raised) are the least well funded fintech startups on our map.”

Just 12 states failed to make the map. Fintech's needs appear to be well covered by the 38 states represented.

The unicorns I mentioned at the top of the article? CB Insights lists them as  SoFi in California, Oscar in New York, Avant in Illinois, Kabbage in Georgia, and AvidXchange in North Carolina. Click through to check out the progress of any one of them: They're the most valued and highly funded startups in the U.S., and the world is watching.

Read more about the fintech sector here at TechCo