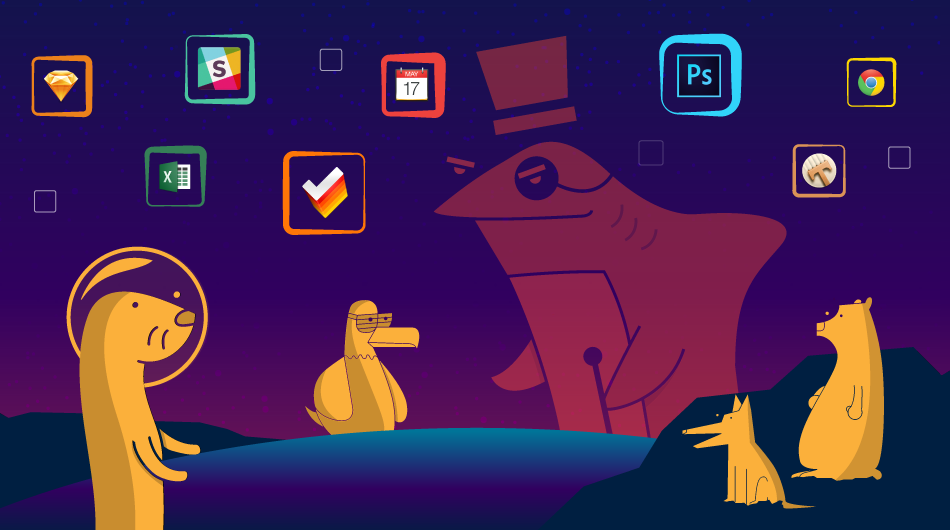 Keyboard shortcuts aren't very easy to learn. The team at Motel, a full-service design and development agency, decided that learning hotkeys is not only not easy – it's pretty annoying, too. They decided to make it fun to learn hotkeys so that people can love the Internet just a little more, and get better at the applications we use all the time. So, today, they've announced the launch of their Kickstarter to raise $45,000 to build Hotterkeys.

“As nerds who build stuff for people on a daily basis, we're always looking for new ways to get faster at the things we do,” shares Mark Johnson, one of the founding partners at Motel. “Hotterkeys is a game for Mac and PC whose sole intention is to learn hotkeys in a fun way.”

This is the first in-house product being built by the remote team of designers and developers who build iOS, Android, and web applications. HotterKeys strives to be the most important advancement in keyboard gaming and other usage since the Mavis Beacon typing teacher. The game’s intention is to teach players keyboard shortcuts for the applications and games they’re already using so they can be a bit faster, save some time, and impress friends with their new skills at parties. All of this will happen while custom-created music plays, neat sounds happen, and a silly story unfolds.

The game takes players on a journey through Otterspace as Olivia, an otter whose only hope to save her home from destruction is to warp through the galaxy learning as much as she can while getting a bit of help from her friends along the way. The story is currently in development, but a few of the characters have been revealed within the Kickstarter campaign page. From a mouth-breathing coyote named Carl to a monocle-toting shark named Gary–it’s a fairly weird cast. But keeping it weird should play out favorably in terms of making the game entertaining.

The designers and developers at Motel have built applications, websites, and brands for people like Pentagram, Downtown Project, Splitwise, Zappos, a slew of startups throughout the states, and even the site at Tech.Co. They're a distributed team of seven who are located in Providence, Seattle, San Francisco, Brooklyn, and Tulsa. They're excited to build this thing for you using Ember.js Node-webkit and Elektron.

The  campaign has 30 days to raise the full $45,000 on Kickstarter. Rewards for campaign backers range from GIFs of a high five, to a simple copy of the game with an application of your choice to learn, to a sweet pair of typing gloves. They've even created quite an experience at a $9,999 reward that involves travel, '90s video games, and a U-Haul truck. All backers above the $25 mark will be able to vote on which Applications should be included in the initial batch of 25 applications included upon the game's release.