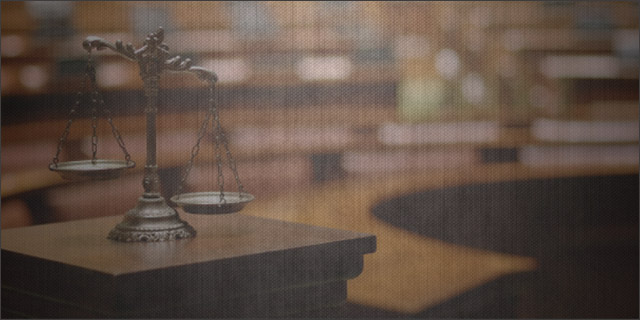 The White House and Congress are building momentum on reforms to curb frivolous patent lawsuits, but intellectual property attorneys say tech startups will have to stay on guard for lawsuit threats from so-called “patent trolls” for the near future.

For a quick legal primer, patent trolls are companies that buy a patent specifically to sue companies for infringement and request a settlement to allow the targeted company to avoid expensive litigation.

The good news is that spam-style infringement claims are sometimes based on weak patents, so sharing information about lawsuit threats with an attorney, an advocacy group, or a group of other companies can weaken a troll’s ability to scare companies into out-of-court settlements, said Lee Cheng, chief legal officer at Newegg.

“It is very possible to win against a troll if you invest time and resources,” Cheng said.

On June 4, the White House announced seven executive actions and five legislative priorities aimed at improving protections for innovators against frivolous patent lawsuits. The orders and priorities, listed online here, call for the US Patent and Trademark Office to make patent ownership more transparent and patent claims more specific, which would aid companies in defending against a patent troll lawsuit. The executive orders can take effect immediately while the legislative priorities will require Congress to act.

Those reforms are on the right track, Cheng said, but patent assertion is very profitable, and “reforms are moving too slowly to eliminate the economic incentive” for patent trolls to target small companies, he added.

Startups make an easy mark for a patent troll since emerging companies do not have the time or money for an expensive lawsuit, said James Foster, the CEO of Riskive Cybersecurity who owns “a handful of patents.”

In some cases, patent trolls have sent letters to startups claiming patent infringement after a small company announced that they received venture capital funding, even if the startup was still in pre-profit stage, Foster added.

“Send the patent troll’s letter to an attorney before responding,” said Foster, who has sold three tech companies in 10 years. “If you are lucky, you never hear from the patent troll again.”

Startups could have more resources against patent trolls if Congress acts on one of the White House’s legislative priorities to collect information on infringement letters sent to companies, said Santa Clara Law School Professor Colleen Chien.

Chien is compiling a report to show lawmakers how to make the patent system work better for small companies, and is requesting startups to give input through a survey.

Patent reforms introduced in Congress include the SHIELD Act in the House of Representatives, which would require patent trolls to pay legal fees if they lose a patent infringement lawsuit that does not have a reasonable likelihood of succeeding. The bill, introduced by Representatives Peter DeFazio (D-OR) and Jason Chaffetz (R-UT), exempts universities and the original inventors of a patented idea.

The loser-pays provision of the SHIELD Act would be a step in the right direction, but small companies often do not have the resources and time to spend on a lawsuit and risk a chance to recoup legal fees, said William Bradley, an intellectual property attorney at the law firm of Roylance Abrams.

“The finality of cutting a check and being done quickly is still more attractive,” Adams said about out-of-court settlements with a patent troll.

DeFazio told Tech Cocktail that he consulted with a significant number of tech startups while writing the bill that offered suggestions and changes to make the bill better.

“The idea for this bill developed after I visited a small tech startup in my district that was forced to delay hiring new employees because they had to deal with an extortionate lawsuit from a patent troll,” DeFazio explained.

“We need to have an open discussion on the chilling effect these patent trolls have on innovation,” said Mike McGeary, the director of Engine Advocacy.

“There is no one answer on how best to answer this problem,” Samuels said. “We need people involved in this debate so we can change this patent assertion business model.”