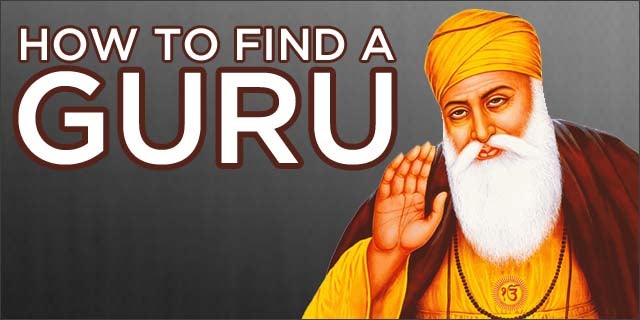 The importance of working with a Guru has been thoroughly emphasized in Hinduism. One cannot imagine salvation without a Guru. In one of the most important texts in Hinduism, Sri Bhagavad Gita, the role of a Guru is beautifully highlighted as:

“Acquire the transcendental knowledge from a self-realized master by humble reverence, by sincere inquiry, and by service. In the presence of a true teacher, knowledge flourishes, sorrow diminishes, joy arises, abundance dawns, and all talents manifest.”

The scripture also warns against associating with a false guru and how it can ruin the naive.

Since a Guru was such an important part of life, the traits of a Guru were very well defined, as well. A guru should be very knowledgeable, free from envy, have no desires of material possessions, and be purely devoted to serve.

This was 3137 BC. Fast forward 5,000 years from the time the Bhagavad Gita was written, and welcome to the 21st century. For entrepreneurs, entrepreneurship is a way of life now. One of the important tasks in one’s life back then was to find the right Guru. Google makes that very easy now, doesn’t it? Simply search for “business coaches,” and you will see tons of them, mostly self-proclaimed, who promise to help you build a million-dollar business and make you successful.

Finding the right Guru is of utmost importance for entrepreneurs. So let’s apply the 5,000-year-old methodology to find the right guru in today’s world:

A GURU IS NOT GOOGLE-FRIENDLY

Gurus never advertise. The word is generally spread by their disciples. If you hear someone telling you to get advice or mentoring from someone, and that person has not associated the word “Guru” or “mentor” or “coach” with herself, then that's a good sign.

A GURU DOES NOT CHARGE MONEY

Gurus never charge you anything. They do not train you to earn a living. In olden days, however, there was the concept of Gurudakshina (payment to the guru). Here, the guru generally asks the student to perform a task or ritual in which the purpose is global good or sometimes a last lesson for the student.

So if you happen to find someone who has already done it all, is probably very rich, would not care for a financial offering, and is still willing to train you, then that's a good find.

A GURU HAS AN ENTRANCE TEST

A guru has a reason to coach. The reason is generally bigger than money and worldly pleasures. To ensure that the larger purpose is served, a real guru would put you through a test. Once you are through the test, do take the time to understand their bigger purpose and make sure you are aligned with it to benefit the most.

On the other hand, if you purely seek material success, then you are not the right student for a guru, either.

A true guru is one who wants to leave behind the essence of his story. The last project that Steve Jobs invested his time in was Apple University. He understood the importance of leaving behind his thoughts. That makes the guru more interested in you, as his purpose for mentoring is to leave behind a legacy that others could benefit from.

A guru is one who shares their entrepreneurial story and the learnings that come out of their hero’s journey. The knowledge demands to be imparted and shared.

I hope this helps you stay away from false, self-proclaimed coaches. That being said, this article was not intended to bash the business coaches on the Internet. It is a personal opinion that a student-teacher relationship can flourish only if there is a higher purpose than material possessions on both ends.

Jinesh Parekh is the CEO of a Ruby on Rails consulting boutique, Idyllic. Idyllic focusses on building web and mobile solutions led by user experience design that solves real business problems. You can reach out to Jinesh at jparekh [at] idyllic [dot] co.