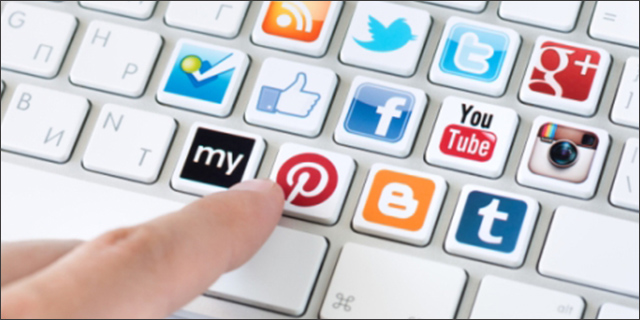 Two years ago, as I was struggling to transition into a writing career, I tweeted to a popular tech magazine about a freelance article I wanted to submit. They never responded, but my current boss did. He saw the tweet – he must have been following that magazine – and sent me a message, letting me know that he was hiring writers. After a casual chat, a few trial articles, and some part-time work, I became a full-time writer for Tech Cocktail – just one year after writing had only been a dream to me.

My boss is one of many employers who are now using social networks to actively recruit candidates, something that hiring managers might call “direct sourcing.” This isn’t about job ads on Facebook or Twitter – rather, it’s about recruiters and managers searching through social media profiles and contacting people who look promising.

In a 2012 survey by Jobvite, 93 percent of recruiters and hiring managers said they used LinkedIn, 66 percent used Facebook, and 54 percent used Twitter (that’s not all direct sourcing, but some of it is). LinkedIn obviously dominates because it’s specifically designed for our professional identities.

“Most recruiters don’t always see LinkedIn as a social media platform … Most recruiters really look at that as just an essential recruiting tool,” says Lars Schmidt, NPR’s senior director of talent acquisition and innovation. He himself does a lot of direct sourcing on LinkedIn, as well as searching for technical candidates on GitHub and Stack Overflow.

Personality. Job candidates who stand out on social media have a few things in common. First off, they show their personality. Jayme Lamm wasn’t thinking about her job search when she sent out this fateful tweet: “Happy New Year – just bought a house and got laid off. Oh no!” But the same day, she had a message waiting from a company who wanted to hire her as a ghost blogger. And she attributes that partly to her genuineness and personality.

“They really enjoyed my upfront and goofy communication – they could tell that I could easily adapt to be a blogging voice for a number of clients and not be too salesy,” she says.

Janeesa Hollingshead, now the digital marketing manager at Fundable, may have sealed the deal for her job by tweeting about a beloved author – who also happened to be a favorite in the Fundable office.

“Professionals of all ages and industries should maintain active social profiles on several networks without being afraid to post personal preferences and messages – all with a dash of common sense and tact, of course!” she says.

And the research seems to support her. According to that Jobvite survey, a majority of recruiters even felt neutral about political opinions (62 percent) and religious opinions (53 percent) expressed on social media.

Location. Another way to attract employers who are snooping around social media is to list your location. Many recruiters filter by city on LinkedIn, but it’s also possible on Twitter and Facebook.

For example, Jen Scherpenseel was just becoming unhappy with her current job when she got an unexpected LinkedIn message from HigherNext. They were looking to recruit a marketing expert in the Lehigh Valley area of Pennsylvania, and she fit the bill. Now, she has a new job that doesn’t wear her down.

Feedback. When business coach Lisa Cash Hanson heard female users complaining about a certain marketing platform, she decided to do something about it. She tweeted to the CEO, offering to make a video that would improve the user experience for women. That little suggestion turned into a full-fledged consulting job, at the company’s request.

You can also offer feedback through polls and online forms – anything that puts you on the radar of companies you like. If your idea is really a knockout, they might just contact you and start a relationship that could evolve into something bigger.

Network. One final tip is to grow your network – followers on Twitter, connections on LinkedIn, and friends on Facebook. Not only do they show that your ideas are worth listening to, they represent a critical resource that you bring to any employer.

“We’re getting to a point where your network is as valuable or more than your resume. It’s not necessarily what you know, but what you can get access to,” explains Schmidt of NPR.

Your network could give you access to other companies (in other words: potential business partnerships), as well as potential job candidates. In fact, new tools like Barrel of Jobs and GooodJob help companies hire the connections of their existing employees, who earn a referral fee in the process.

Hiring for the Future

As employers explore new ways to learn about and connect with employees on social media, the traditional resume becomes less and less important. LinkedIn profiles are essentially online resumes, and you can already apply for jobs on the site. New tools like ResumUP and Vizualize.me are bringing boring, black-and-white resumes into the colorful, beautiful digital age. And developers, ever the nonconformists, can showcase their achievements on sites like GitHub, Coderwall, and Geeklist.

“I believe in the next few years we will see the traditional resume and cover letter disappear, to be replaced by online portfolios, social media profiles, and interactive PDFs that showcase work history,” says AKTA director of marketing Cate Conroy.

Dana Hughens, the founder and CEO of Clairemont Communications, went so far as to use an informal Facebook poll in her hiring. After an interview with a candidate, the woman posted a thank you note on her wall – which ended up being a smart move.

“To continue using social media as part of the hiring process, I asked my Facebook friends (many of whom are other communications professionals) to like the post if they thought I should hire her. Twenty-five likes and 19 comments later, she was invited in for the writing test that she passed with flying colors,” recalls Hughens.

Direct sourcing on social media also means employers recognize that they have to sell job seekers on the job as much as job seekers have to sell themselves. Schmidt from NPR readily admitted this. That’s why you’ll see companies like NPR using their Twitter accounts to showcase their fun company culture, enticing candidates with a candid peek into their future work life.

In the end, the key to getting hired is to be authentic. No one wants to hire a candidate who spams employers with a link to their digital portfolio, however beautiful it might be. But if you slowly grow your influence and share things that matter to you, you never know who might be watching – in a good way.