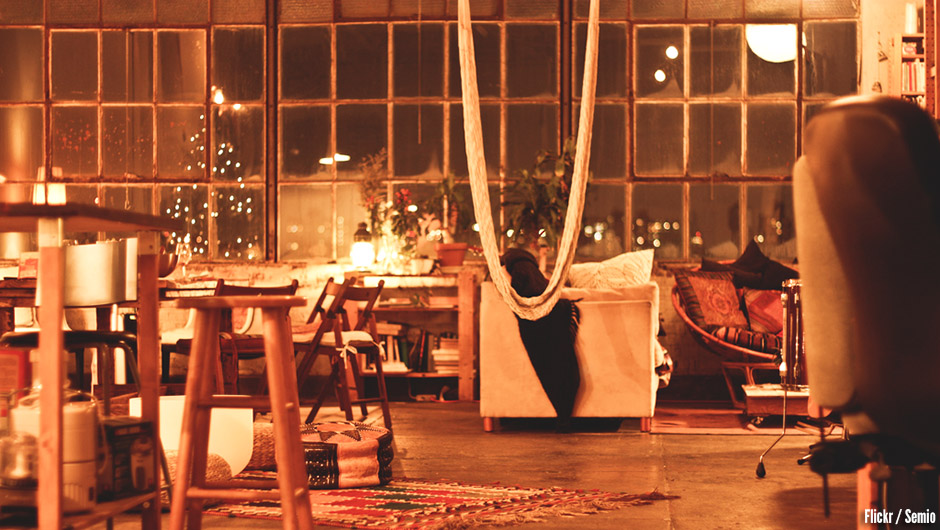 This article was brought to you in partnership with HP, whose new line of HP Business Printers reinvents business printing through its cost-effective, high-quality, and hassle-free technology.

According to a recent Gallup poll on telecommuting in the United States, the percentage of remote work done in this country has increased more than four-fold in the last twenty years – from 9 percent of U.S. workers in 1995 to 37 percent in 2015. And, much like the horde of others working at startups, I myself work remotely – and actually do so 100 percent of the time. Because of such a status (or, should I say, privilege), you’d probably find it odd that I set up an HP business printer in my Brooklyn apartment. Now, we actually already had a printer in our apartment – but, you know, one of those free ones you get when you buy a new computer; it's the kind that ends up being a useless, big paperweight after a few months. Being a writer at Tech.Co, HP thought I deserved better, and hooked my apartment up with one of their new business printers. Surprisingly, setting up a printer more commonly found in a company office had some unintended consequences in my Bushwick loft. 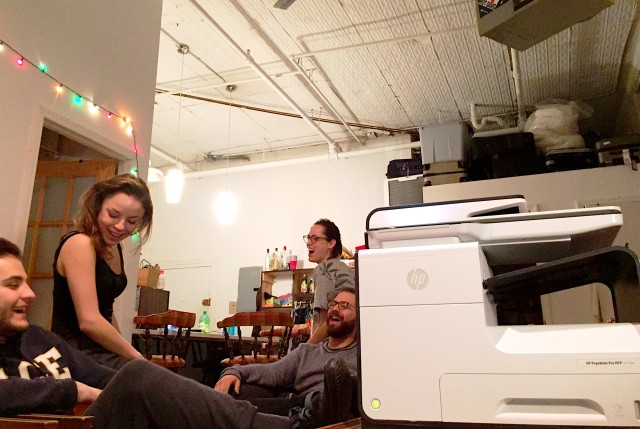 A weird thing happened when I placed the HP PageWide Pro MFP in our living room for a few days: all of my roommates somehow kept gravitating towards it. It could just be because I placed it in the middle of the living room, but it did seem like most of our conversations in the past few days took place near or around the printer as opposed to around our kitchen (which is usually where most of our conversations happen).

Did the printer serve as some kind of watercooler for us? Did we incessantly put ourselves into one of those situations where a coworker engages in an endless chat near the office printer – except, you know, at home? Are our brains so malleable that a business printer can shape our very actions and moderate our behaviors in unpredictable ways? Apparently: yes.

Living with five other roommates – all of whom working in or specializing in other industries, from fashion to finance – it can sometimes be hard to get our lives organized and synced. By that, I mean it can sometimes be difficult to make sure that people are fulfilling their tasks and that the apartment keeps stays clean and put together (we all have differently lifestyles and schedules). Think of my apartment as a modern-day coworking space – with people coming and going throughout the day and people deciding to work from home or do something else from home whenever they feel.

Now equipped with a PageWide Pro, my apartment has actually gotten surprisingly more organized in the few days that it’s been set up. Through a printed schedule now posted on our fridge, people have a record of who is responsible for what task in a given week. But aside from that, I think that having the printer around has inadvertently led to a cleaner apartment. Maybe it’s an innate response to seeing a business printer? That, somehow, we all associate it with a proper office that, in the process, we’ve all held accountable our individual actions, ensuring we keep an organized living space? Whatever it is – I like it, and I like living in a more organized and clean apartment. 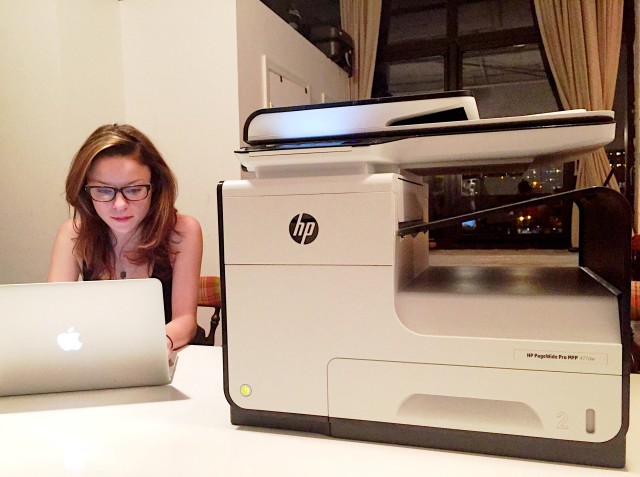 By far, I think the most surprising thing that’s happened is the fact that we’re actually using the printer. And not in unconventional ways like as a coffee table (we live in Bushwick, but we’re not that Bushwick), but for actually practical uses.

Considering the speed and quality of the PageWide Pro’s prints (the particular model we have has printing speeds up to 50ppm – very fast for a multifunction printer – and is equipped with high-yield cartridges that can print up to 7,000 color pages), I’ve actually already printed out a wall collage made up of various Calvin & Hobbes stills. One roommate (and recent college grad) has used it to print copies of her resume. And another (a finance guy) used it to print, well, I don’t actually know – finance stuff, I guess? The coolest thing, though, was that he was able to print the documents from his phone using HP's Wi-Fi Direct and NFC touch-to-print technology.

I can't imagine us ever printing the 50,000 pages per month that our PageWide Pro can handle, but we could always extend our modern office / apartment coworking space to the entire building (definitely not out of the question). So, pro tip: get a business printer for your apartment.