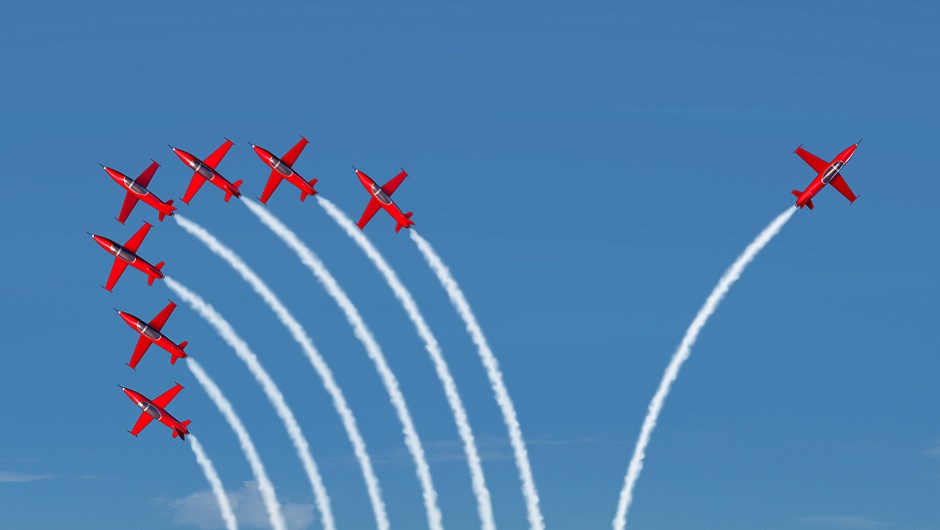 A startup’s big break often depends on finding a maverick – someone who is willing to take a risk on a new product or idea. This maverick is a game changer who rejects the traditional way of doing things and is a champion for innovation and entrepreneurship. Getting game changers on board with your product or platform can be the defining element that determines your company’s trajectory. Startups pioneering uncharted territory will find their best clientele in people who are willing to take a chance on the unknown and risk their reputation in the name of innovation. It’s critical for startups to find these people in order to succeed, but that’s often easier said than done.

There’s a serious credibility gap that companies with a brand new technology face when starting out. While you may understand the value of your own product or service, you’re now faced with proving to the right people that you’re worth their money and time.

At our startup, we're always trying to connect with the internal champions at a given company in order to show our value. Thanks to game changers at brands such as Ritz Bits, Miller Lite and U.S. Cellular who believed in our vision, we’ve been able to grow and prove our worth as a pioneer in the marketing space.

So how do you identify game changers and internal champions? Look for people who:

Internal champions take things off the drawing board and put them in motion. While others spend time talking a big game, they’re getting things done. They are able to turn ideas into innovations and transform dreams into reality. Game changers and internal champions may not always be able to commit a large faction of their budget to implementing a new product or system, but they're always willing to devote a small amount to testing that crazy new concept. They have the experience and grit needed to get a startup off the ground, and can provide mentorship to companies looking to overcome those initial business hurdles.

Rebel against the status quo

Game changers aren't satisfied with doing something a certain way just because that’s the way it’s always been done. They want to find the best way to get from point A to point B, and will test out various solutions in an attempt to get there. They have no problem shaking things up thanks to their innate entrepreneurial spirit.

Game changers enhance, extend and leverage existing relationships while continuing to build new ones. They understand that language is the lifeblood of business and good business boils down to effectively managing and communicating with people. Game changers are able to inspire and mobilize people thanks to charisma and their ability to forge long-lasting business relationships, specifically with key stakeholders.

Game changers are trying to make a name for themselves and the only way to do that is to try something new. They’re dedicated to their career and want the people they work with—and for—to notice. Look for the person who wants people to notice them, their accomplishments, and the risks they are taking for the good of the company and you’ve found your game changer.

Have a sense of purpose

True game changers are driven by meaning and value and will do whatever it takes to achieve their goals. They are intrinsically motivated by a deep sense of purpose which is reflected in their work and approach to success. To quote the late Steve Jobs, “The people who are crazy enough to think they can change the world, are the ones who do.” Whether they’re changing the world via their own successful venture or somebody else’s, game changers are constantly inspired, and inspiring, thanks to a strong sense of purpose.

Amish Tolia is co-founder and chief of strategy at Pear, a company enabling brand marketers to build meaningful connections with community groups at scale.