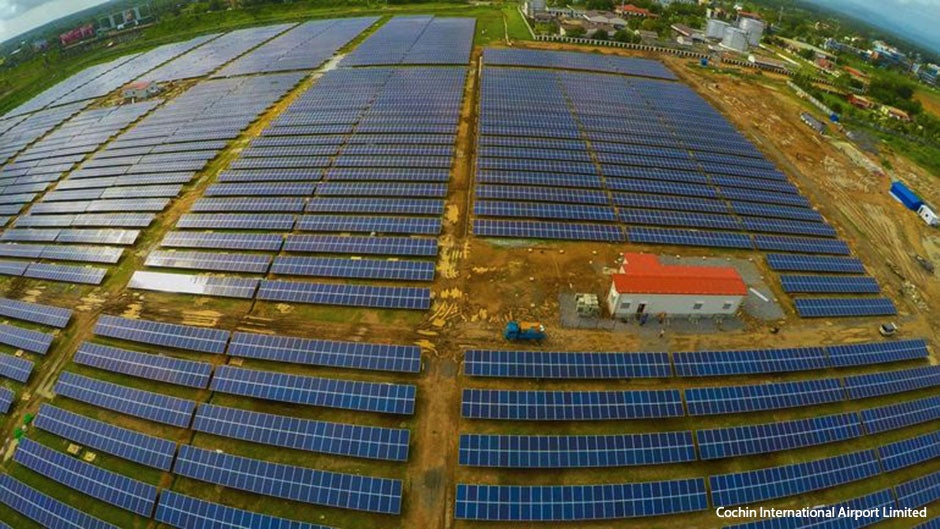 On Tuesday, August 18th, the Indian city of Cochin unveiled the world's first solar powered airport. Cochin International Airport – India's fourth-largest international airport (processing 6.8 million passengers in the 2014-2015 financial year) – is the very first airport to be completely powered by solar energy is expected to reduce carbon emissions to the tune of 330,000 tons over the next 25 years. 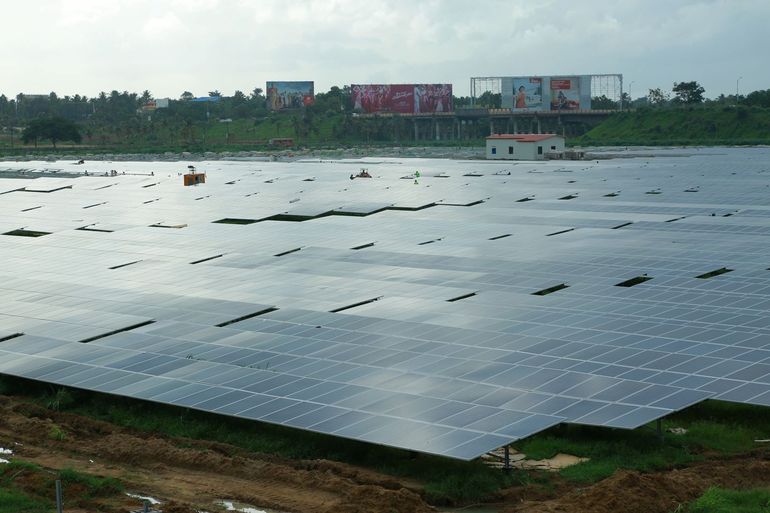 Back in 2013, the airport began using solar energy after installing a 100 kilowatt peak (kWP) photovoltaic solar plant on one of its terminals' roof. This was then followed by a 1 megawatt peak (MWp) plant that produced 4,000 units of electricity daily. On Tuesday, the airport unveiled a new 12 MWp plant stretching across 45 acres. Made up of more than 46,000 photovoltaic solar panels alongside the cargo terminal, Cochin International Airport claims that the plant is capable of producing enough energy (60,000 units daily) to power 10,000 annually. 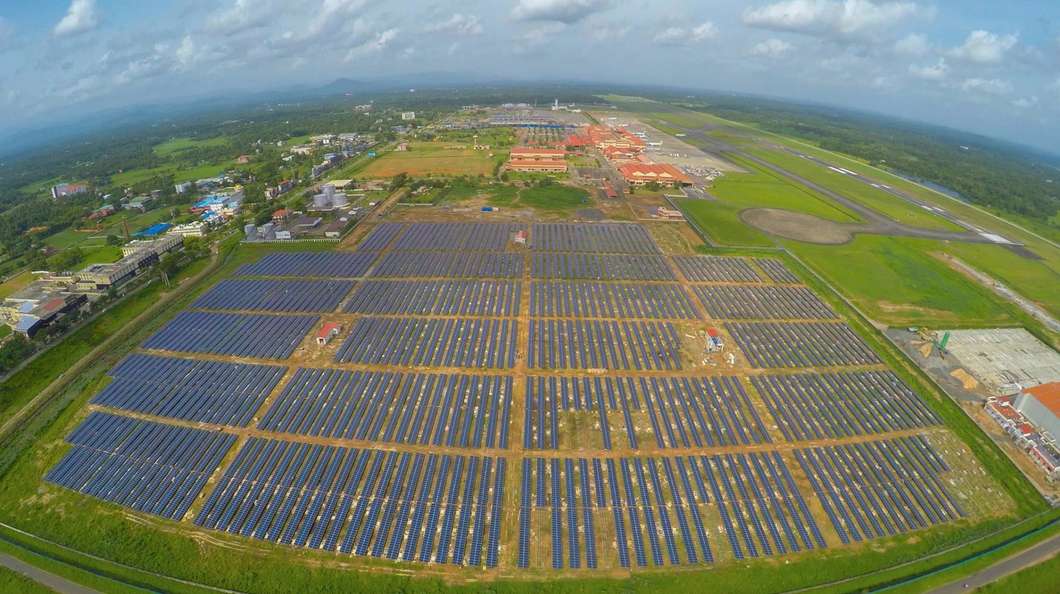 Altogether, the first solar powered aiport is expected to be entirely carbon neutral – a huge achievement in the green energy movement. Cochin International Airport Limited, the parent company of the airport, said in a statement that the decrease of carbon emissions over the course of 25 years is equal to planting three million trees or not driving 750 million miles.