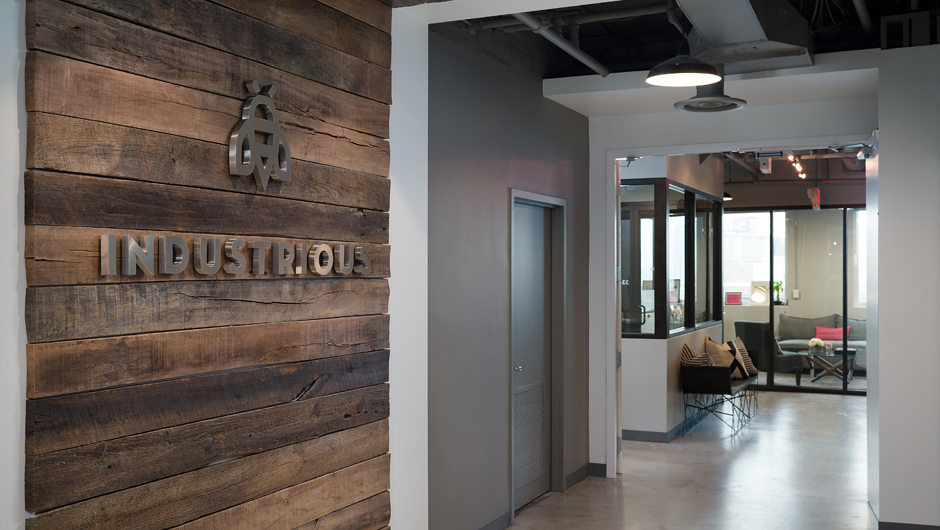 St. Louis, get excited because Industrious is opening an 11,000 square foot social office, not a coworking space, in the heart of the city.

Before starting Industrious Jamie Hodari – cofounder and coCEO; Emma Dively – Community Manager; and Justin Stewart – cofounder and coCEO were running looking for a coworking space that fit their various needs. However, they couldn’t find anything that totally matched what they needed, finding that the options available were a bit too ‘backpack and flip-flop’ for their tastes.

“We liked the community element but found it wasn’t professional or private enough and it didn’t aesthetically match where we were in our careers,” says Hodari. “On the flip side, executive suites were too corporate and had no social element at all.”

Their dream was to try and push forward a product that incorporated both elements of the corporate suite and the coworking space. So, they launched the first Industrious space in Chicago, which was initially supposed to be a side project: it took off beyond their wildest imaginings.

“We negotiated a year of free rent thinking it would take a year to fill the space, but we got a multi-year waiting list from day one,” says Dively.

That was when they realized they needed to quit their day jobs and roll this project out nationally. But it begged the question: what’s the first set of cities that should get to enjoy new Industrious locations?

“There would have been the obvious trajectory of San Francisco, New York City, and Austin, but we were motivated by a set of factors that pushed us to be a more broad and thoughtful about where this would make an extraordinary impact,” says Dively.

Industrious takes on a much bigger meaning when you consider that angle. This is something that excites a city like St. Louis, where people are giving up life in the suburbs to move into a downtown, communal setting: that’s broadly appealing.

“We went in with the understanding that this isn’t just about appealing to startups, but rather vibrant, young economies with diverse types of businesses in it,” says Hodari. “The final piece is that we’re making a bet on downtown settings – this trend towards urbanization is real and will last a lot longer than what’s coming out of the last recession. And St. Louis is one of the prime examples of a downtown that’s not just being talked about being revitalized.”

Every company that works out of Industrious will have their own private office on an open, floor plan. That way everybody will get the chance to meet everybody else, but there’s still an element of privacy.

The offices themselves will be constructed completely from glass, which is a big investment, but according to the team absolutely necessary. Visually you get to see others and feel like part of a community while enjoying a slice of privacy – it all circles back to their founding mission.

The building will be opening on May 1, 2015, but we were able to get some photos of the other Industrious locations to give you an idea of what the St. Louis branch will look like. 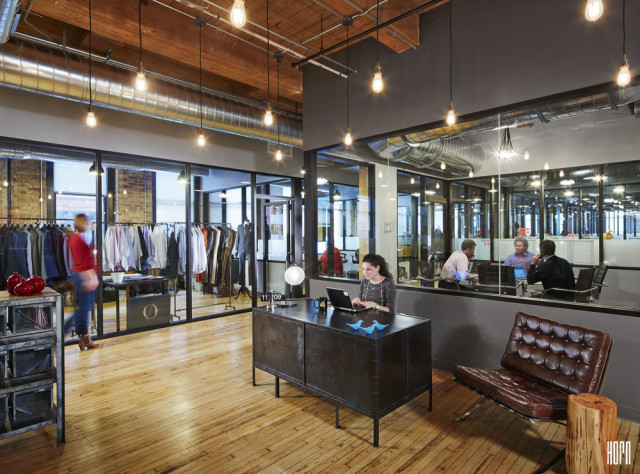 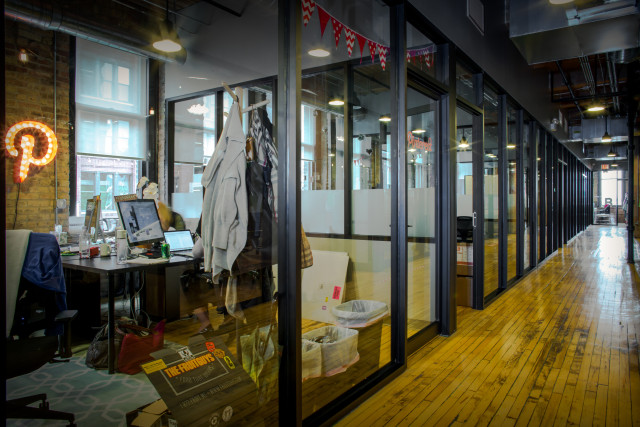 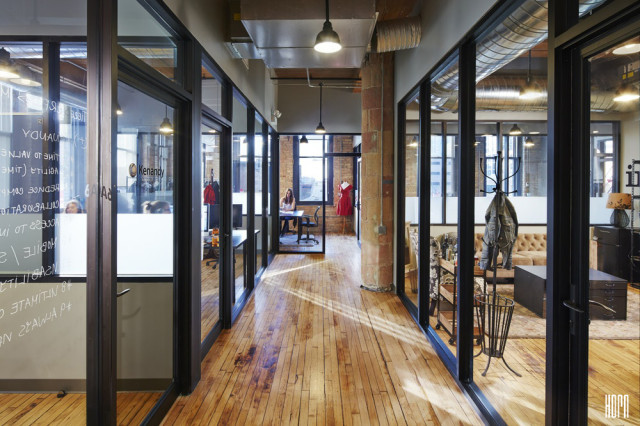 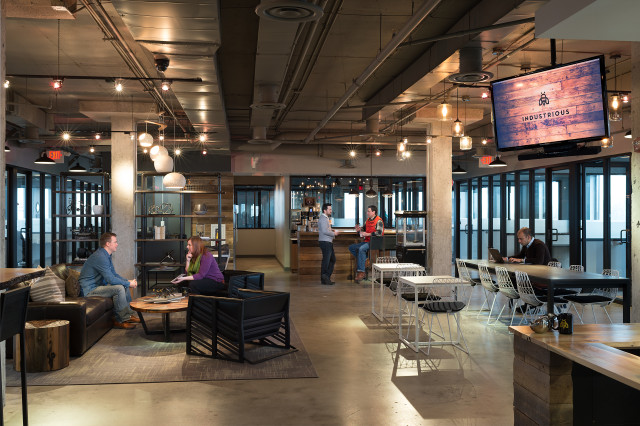 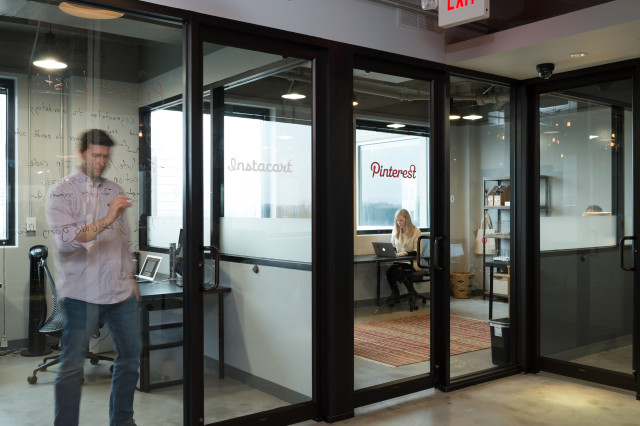