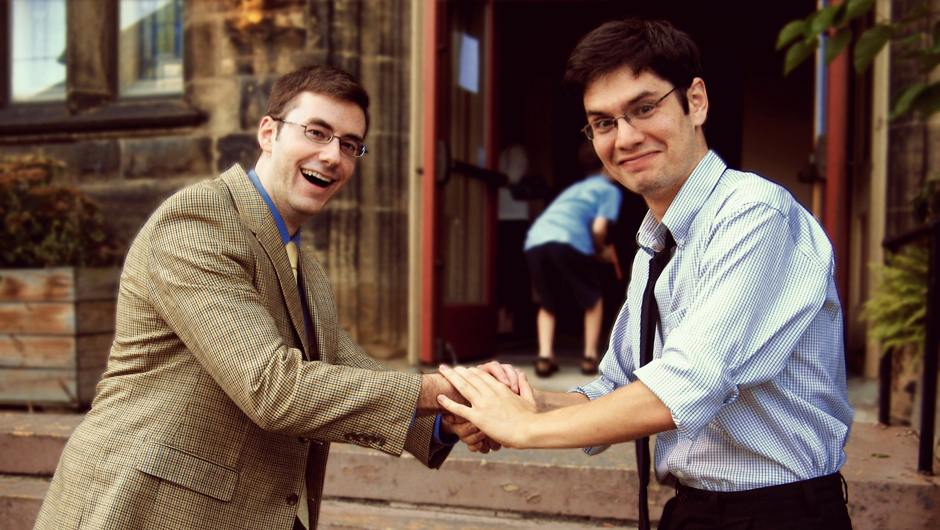 Most human commerce we experience is in a direct setting where somebody is right there if you have any questions. Well, at least that’s what it’s been like historically, but it’s rapidly changing with today’s technological world.

Instead of going to the hardware store we buy our tools and supplies form Amazon. You don’t even have to buy your groceries in person anymore because Vons delivers right to your door.

According to the team behind Intercom, these digital platforms actually diminish the interpersonal aspects of commerce. However, there’s no overthrowing this digital trend, so it’s best to go with the flow: Intercom wants to make digital commerce just as personal as face to face.

The Intercom team lives to make web businesses personal, and they’ve built out a platform that gives said businesses an easy way to communicate with their users.

“We're helping thousands of web and mobile businesses connect with millions of users every day,” says Aaron Forman, Manager of Communications at Intercom.

It was designed as a one-stop shop for your entire business to see and talk directly to customers through targeted, behavior-driven emails and in-app messages. The team laid out five different packages, each designed for a specific job:

All four of the cofounders are native to Dublin, Ireland, and previously worked together. They had built Exceptional, a SaaS product that was successful, but they ran into a lot of the same problems that other software companies run into: there were signups but they didn’t really know who was signing up.

One day after work they were all at a coffee shop, watching their friend work behind the counter. He was talking to customers, interacting with them, and getting live feedback – that’s when they realized the missing piece to their platform and just how crucial it was.

So, they went home and began building out what they now refer to as an early version of Intercom into their SaaS. It was all so that they could connect better with their users. The coincidence here being that’s what they realized they wanted to focus their efforts on, so they sold Exceptional.

After the sale they moved a portion of their team and the headquarters to San Francisco proper, not Silicon Valley. They did however keep a major base of operations in Dublin too.

Having a presence in Dublin is great because the Irish see Intercom as an Irish company, and it’s never bad to foster some hometown pride. But well beyond that, there’s great engineering talent in Ireland, and Intercom doesn’t need to compete with the millions of startups in San Francisco.

“We compete with Google and Apple in Dublin, but they’re secondary to the company,” says Forman. “We get to hire the best and brightest, which is why we never moved to San Francisco fully. But we need to sell to fast companies and San Francisco is the epicenter of that, hence the fifty-fifty split between the cities.”

They’ve been wildly successful in accomplishing their mission make internet business personal to date, raising over $30 million in funding and backing from investors like The Social+Capital Partnership and Bessemer Venture Partners. It just goes to show you that while everybody doesn’t do their shopping in person, a lot of people still want access to certain parts of the experience. Thankfully for them Intercom is there to help.