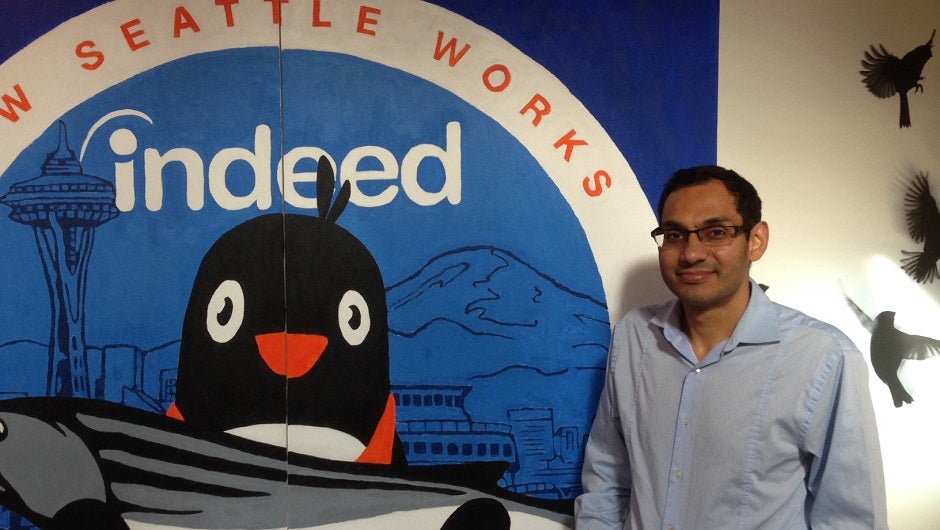 Indeed is the world's largest job search site, available in 60 countries and 28 languages. Over 200 million unique monthly visitors check out the site in search of a job. Last week, I had the chance to sit down with the company's SVP of Product, Raj Mukherjee.

We met at their Seattle offices, composed of two floors connected with a sweeping “Cinderella” staircase, in an office building overlooking Puget Sound. The topics of conversation? Where Indeed is headed in 2017, how the company has highlighted the tech community's diversity struggles, and how its internal startup Indeed Prime is revolutionizing job placements. 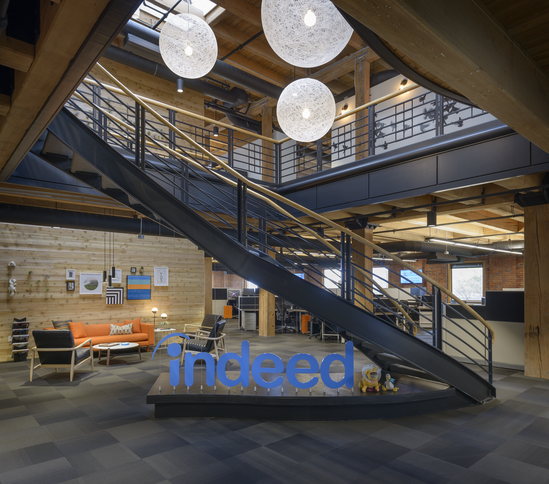 Job Growth in Tech Is Strong, But Localized

Indeed's growth in the upcoming year aligns with the growth in jobs across the nation: They're expanding. Tech jobs in particular are on the rise, with around one million openings expected over the next five years. While there are a few funny anecdotes to share — “Right around the election, there were a lot of people searching for jobs in Canada,” Raj tells me — the main trends are stable.

“Broadly speaking,” Raj says, “I think the kinds of jobs that we expect to grow dramatically in this country are growing, tech being a huge part of future jobs across the country. By any estimates, we're looking at about a million jobs in tech — engineering, software development, design, management — that will added in the next two to five years. That's a substantial number. Frankly, some of those jobs are very localized.”

Seattle, for instance, is home to a booming tech industry, so many new jobs are expected to appear in the area, from both large and small companies.

Indeed Is More Than a Job Search Site

The company has many secondary motivations in addition to simply helping visitors find an opening.

“They post resumes in Indeed,” Raj says of the site's userbase, “They come in and look at reviews of companies, specific things they want to learn about a company, they look at salary data points.

We see ourselves as a mechanism to help any job-seeker in the world find their life's best work. That's the product mission: Putting job seekers first. So the question then is: How do we build tools around everything —job search being one of them — that allows them to achieve that?

If you understand what job seekers' needs are, and know how to help them in their career, then ultimately you have an brand allegiance that goes far beyond them looking for a job once.”

It's a lesson that applies to many companies: Brand loyalty can't always be measured in data points, but it is always meaningful.

Why the Tech Workforce Needs Diversity

One question Raj addresses: How Indeed can help to develop a diverse workforce. Earlier this month, the company reported on a survey that found nearly a quarter (24 percent) of all respondents “felt they had been personally discriminated against at their current company.”

It's an issue that the tech industry has been slow to recognize: According to a recent LinkedIn study, less than five percent of white men surveyed said they considered a lack of diversity a “top problem.” But the numbers indicate the problem should be taken very seriously.

“We're not talking about one, two, five percent or anything,” Raj explains. “A quarter of the tech population feel discriminated… and around half feel uncomfortable in the workforce on a daily basis. The business implications are, quite frankly, pretty astounding.” 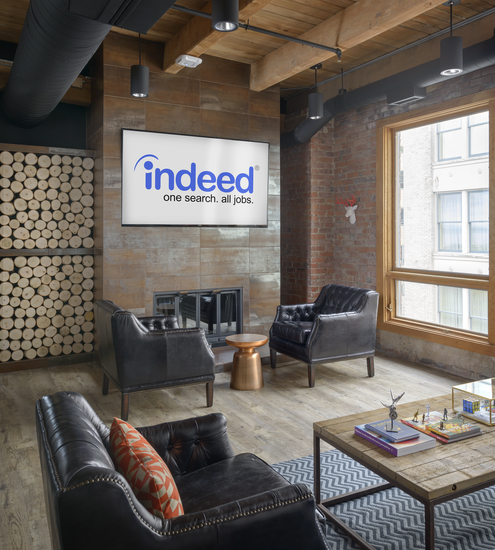 So how can a startup founder build a healthy, diverse culture in their company?

“I think it starts with hiring. There are unconscious biases in hiring that all of us have. Being aware of them is important. I went through a couple unconscious bias training sessions, and that has made me a better interviewer.

And once you bring someone in, understand that not everyone has the same worldview that you have. Being respectful of diverse opinions and saying ‘hey, you can disagree with me' builds a culture. Connecting people is essential.

At a bigger company, you can start to build mentorship network. You can create groups where people can talk about diversity and inclusion. There are a lot of things that aren't commonly very heavy on a company's balance sheet that can be done that actually leads to a tangible culture that's sustainable and inclusive.”

Indeed Prime helps connect top tech talent with the top tech companies. The service has been growing across plenty of markets in booming tech cities like Seattle, San Francisco, Austin, and Boston, and has landed big-name key customers including Facebook, Uber, and Open Table. Raj explains how it works:

“We launched Indeed Prime a couple of years back: At the core of it, we're seeing tech companies looking for core talent and top engineers and not finding then. And we're seeing top engineers who are looking for great companies to work for and oftentimes not finding them. They're not always looking at the right market or the right company… but they may be interested in those companies if they knew more information about them.”

To hit this goal, Indeed Prime tries to find applicants from non-traditional backgrounds:

“People who may not have worked in big brand companies; people who may not have degrees from the best colleges in the U.S. — maybe they come from a small liberal arts college somewhere, but they have great skill sets on computer programming. They can pass assessments better than most people. They can become great for the workforce. We've been able to get them hired at companies that otherwise wouldn't have looked at them.”

Prime operates fairly autonomously within Indeed, and is an example of the company's dedication not just to helping people find a job, but to helping them find their dream job. 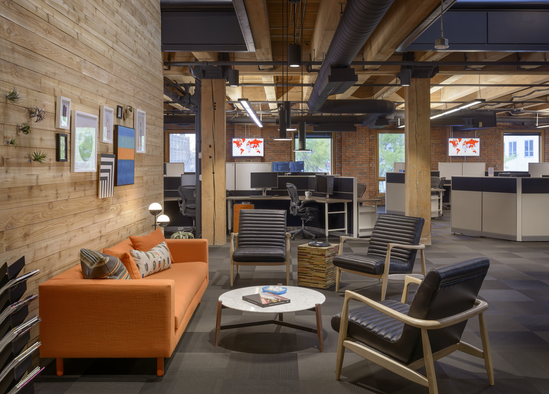 One group of companies that's majorly affected by the job placement struggle? The startup community.

“In the startup's case, it's very hard. The impact that the third employee has on a startup is one-third. A lot of the Prime customers are small companies.

[…] Startups find it difficult to find the right engineer sometimes, because they can't tell their story very well. So it's connecting those dots and matching a great engineer with a great potential company. And doing it at scale.”

Indeed is definitely small business-friendly: Companies can try out a 30-day free trial of the Prime service, no matter how small.

“We are a company that's focused on helping job seekers find their dream jobs. It's not enough for us to just offer jobs. Ultimately, our vision is aligned around in how we help people find the best living,” Raj tells me.

“Look, apart from marriage and buying a house, jobs are one of the most important things you'll ever do. It's something that's core to who we are as human beings. That's why we take this so seriously.”

That's a mantra that's hard to disagree with.