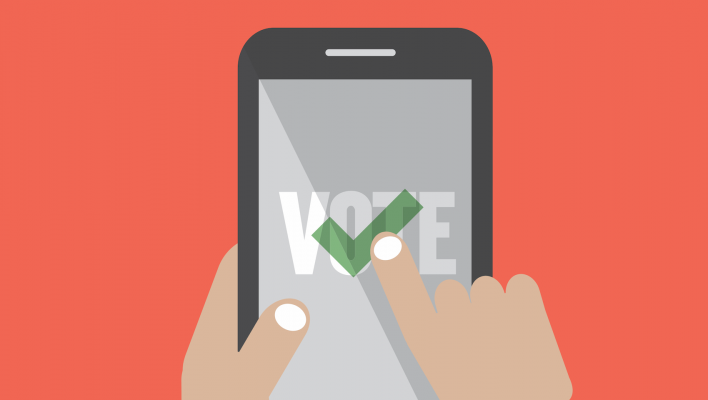 The results of the Iowa Caucus should be available by now. Unfortunately, a snafu with the mobile app used for counting and reporting votes has caused a substantial delay, which is calling into question the role of technology in elections.

While the human race easily figured out how to use voting technology for reality TV game shows, our collective intelligence has struggled to implement effective election measures utilizing technology more advanced than a pen and paper. Even the archaic voting machines of decades past have been shown to house dramatic flaws that could be seriously affecting the democratic process.

Now, with the results of one of the most significant 2020 primary elections being delayed for more than 24 hours due to poorly functioning technology, many are wondering if tech and elections are ever going to make a good couple.

The mobile app in question was designed for precinct chairs in Iowa's 1,700+ voting sites to report results faster and easier. Unfortunately, according to many of those precinct chairs, the app wasn't working properly on Monday, causing a pretty serious mess.

“We are experiencing some issues in terms of people being able to load and connect with the app for their precinct reporting,” said Bret Nilles, chairman of the Linn County Democratic Party, to Bloomberg News.

Described by some as a “system wide disaster,” the mobile app wasn't just functioning poorly; it couldn't even be downloaded in many cases, while others were simply confused on how to use it in general. A notable lack of training could be to blame, or maybe even a willing ignorance in favor of other, less tech-based options, like calling the results in via a secure hotline. So, how will this all affect the election?

How Will This Affect the Election?

As long as you don't subscribe to any of the many conspiracy theories out there, this delay shouldn't have too much of a dramatic effect on the election results overall. Yes, the Iowa Caucus is supposed to be the jumping off point for a successful campaign, but it is only one state, and precincts are calling in as we speak to get the election numbers reported. And, as the creators of the app assured everyone, the results will remain accurate, albeit a few hours late.

As the Iowa Democratic Party has confirmed, the underlying data and collection process via Shadow’s mobile caucus app was sound and accurate, but our process to transmit that caucus results data generated via the app to the IDP was not.

What will be interesting to see, however, is whether more states decide to scrap their tech-driven voting initiatives before the primary rolls around to their neck of the woods. Given the undeniably disastrous results of the experiment so far, and the obvious lack of thought put into its execution, it's safe to assume that those in charge of voting in other states are apprehensive about incurring the wrath of a nation for delaying an election that already feels like it's lasted more than a decade.

The Problem With Tech in Elections

To be clear, there's nothing inherently wrong with the idea of mixing technology and elections. If there ever comes a day when tech-driven political systems are secure, well-explained, and responsibly rolled out, the idea of faster, more inclusive voting sounds great. Unfortunately, there's plenty of evidence that shows we just aren't ready.

A little more than a year ago, the mobile app built for the Tory conference in the UK offered attendees a comprehensive look at the event. Unfortunately, a major security flaw allowed users to gain access to the personal information of senior members — including Boris Johnson and Michael Gove, among others — and it wasn't a good look for the party.

“How can we trust this Tory government with our country’s security when they can’t even build a conference app that keeps the data of their members, MPs and others attending safe and secure?” said John Trickett, the shadow Cabinet Office minister.

This is a good lesson for any and all politically-minded folks moving forward. Technology is a growing aspect of everyday life, and an egregious inability to maintain the most basic levels of security is a good indicator that we just aren't ready to put the fate of politics in the hands of those that don't know what they're doing and refuse to take it seriously.

Facebook has been embroiled in its fair share of controversy, so it was only a matter of time before politics came into the fray. Last year, the social media giant came under scrutiny for its policy of accepting advertising dollars that specifically spread lies, most notably about the 2020 election and the candidates seeking the nomination. And, in the face of that scrutiny, Mark Zuckerberg held firm — unlike rival Twitter — and refused to remove political ads from his platform.

“We’re going to stand up for free expression,” said Zuckerberg. “It’s unfortunate that this is such a controversial thing.”

Standing up for free speech is one thing, but that doesn't make the substantial spread of misinformation via Facebook any less of a problem. Given the company's history with a questionable commitment to political integrity (see Cambridge Analytica scandal), it's safe to say the involvement of tech companies, and even technology as a whole, can't be trusted without a little more oversight. But because “regulation” is a four-letter word in the tech industry, the idea of establishing a sound relationship between technology and politics seems painfully unlikely, particularly after today.