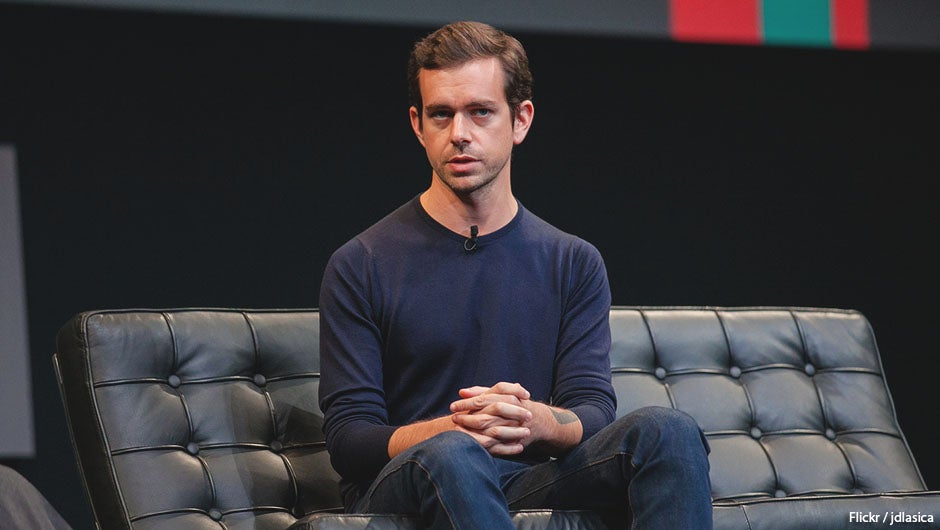 The new rule will cover both ads from candidates and ads discussing political issues themselves. It will go into effect globally on November 21, ahead of the UK's December 12 general election and just as the US presidential candidates are ramping up their 2020 campaigns.

To those following Facebook's controversial decision to allow factually inaccurate ads, this sounds like good news. But it's easy to see the potential downsides of the new policy. Here's our take on the pros and cons of Twitter's ban on political ads.

There's no way Jack wasn't subtweeting Facebook with this announcement. In fact, Jack's speech at last week's Twitter News Summit called out Facebook and Mark Zuckerberg far more explicitly, saying that the algorithmic amplification at work in paid Facebook posts was an unfair advantage over organic views, and a “major gap and flaw.”

Jack kept the same line of reasoning in his tweets today, even if he didn't mention Facebook by name.

“A political message earns reach when people decide to follow an account or retweet. Paying for reach removes that decision, forcing highly optimized and targeted political messages on people. We believe this decision should not be compromised by money,” Jack tweeted.

He summed up the same view at the end of his announcement, as well:

“This isn’t about free expression. This is about paying for reach. And paying to increase the reach of political speech has significant ramifications that today’s democratic infrastructure may not be prepared to handle. It’s worth stepping back in order to address.”

However Jack's plan shakes out, this new move is likely to bump up the pressure on Facebook to reverse its policy of letting lies slide when it comes to political advertising, and that's a good thing.

Con: It's Tough to Enforce

What defines “political”? Do we trust Twitter to figure it out? Will promoted tweets from politicians be banned? Is it possible to define what issues are political without displaying a political bias in the process? Will apolitical non-governmental organizations be lumped in with political ones, as Facebook has done in the past?

Jack stated that Twitter will issue a finalized policy by November 15, and that it'll include a few exceptions like ads promoting voter registration. Until we get that clarification, there's a lot to worry about.

“We thank Jack Dorsey for acknowledging the serious problem of political misinformation and for not-so-subtly rebuking Facebook's reckless political ad policy,” said Muslim Advocates Special Counsel for Anti-Muslim Bigotry Madihha Ahussain in a statement. “However, as is true for all new policies, we will need to know more about how this will actually be implemented, how Twitter defines political advertising and what may be some of the harmful consequences of this policy that could impact vulnerable communities.”

Jack namechecked the need for “more forward-looking political ad regulation” across the internet. Hopefully, he'll continue looking beyond paid advertising when it comes to political regulation on Twitter: The service's political bot problem in particular is a noteworthy one.

Pro: Twitter's Revenue Is Going to Be Just Fine

Granted, this point is mostly just a pro for Twitter, but it's worth pointing out: Twitter doesn't stand to lose much over their move to stop these ads. At Twitter's fourth quarter earnings call last week, CFO Ned Segal discussed political ad revenue back during the 2018 midterms was “less than $3 million for us.”

Today, Segal reiterated this fact, adding that the decision “was based on principle, not money.”

This might not be a Pro at all, since one could argue Twitter is getting a positive news cycle without actually sticking its neck out. Perhaps we need three category here — Pros, Cons, and Cynical Observations, maybe.

Con: This Is Likely to Hurt Smaller Political Campaigns

If you are a smaller, cash-strapped candidate, social media ads are great. They'll let you pay per click, so you aren't overcharged, and you can set a limit to ensure you won't go over your budget.

Without advertising on social media would we have @AOC? Without inexpensive and efficient targeting, I worry that new social movements will be at a disadvantage in their ability to organize. 3/

Now, Twitter is dropping all political ads, choking out the smaller candidates who can't afford the pricier TV campaigns. Twitter is trying to level the playing field, but in this particular area they might just be deepening the divide between grassroots campaigns and those backed by deep-pocketed donors with their own interests in mind.

On the other hand, at least the grassroots campaigns still have Facebook.