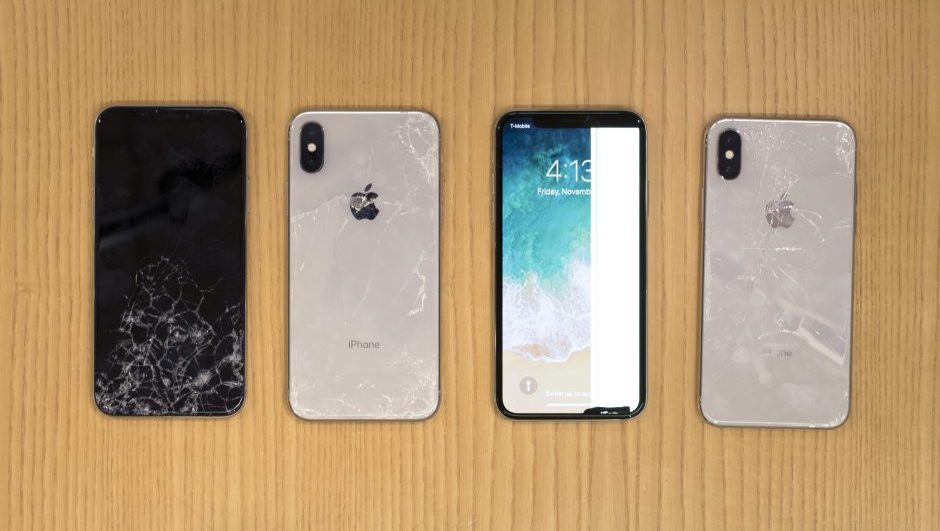 The smartphone has been around for a little more than a decade. In that time, every single person privileged enough to own one of these innovative devices has experienced the heart pounding fear of dropping it for the first time. Particularly when it lands upside down, the wary anticipation of checking the screen for cracks is enough to make you wish you and your expensive technology had never been born.

However, the elation that follows the discovery of a crack-less screen is pure joy, on par with seeing a poorly wrapped bicycle under the tree on Christmas morning. A smile can be found on the faces of iPhone droppers every time a screen goes uncracked, spurning the hefty repair fee or, worse yet, the looming expense of buying another smartphone. Tragically though, iPhone X users might not get the chance to feel that kind of happiness ever again.

According to research from SquareTrade, the iPhone X is one of the most fragile smartphones in the history of the technology, and is easily the most fragile iPhone to ever hit the market. And while you might be thinking, “Sure a phone made out of glass is probably not going to be the sturdy,” trust us; it's much worse than that. 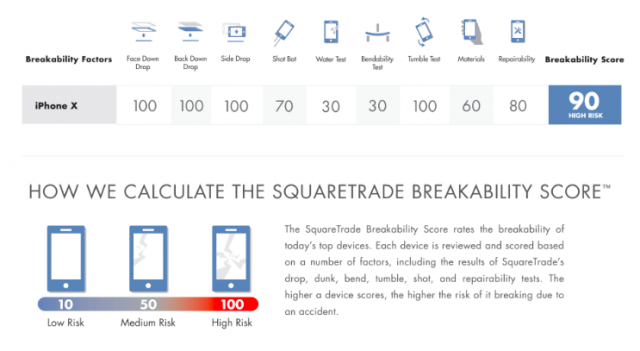 After going through a rigorous nine point test, which included various drops, tumbles, and dunks, to evaluate its durability and repairability, iPhone X had an average score of 90 out of 100, which is decidedly on the higher end of the rankings. And while you might think the $1,000 price tag would go to ensuring a little bit of insurance, rest assured, the repair costs are just as high.

“You’d expect there to be a high price to pay for a beautiful phone like the iPhone X. Unfortunately for consumers, in the end it’s likely to be more than the $1,000 they’ve already invested,” said Jason Siciliano, global creative director at Square Trade in a press release. “Despite Apple's claims that their glass is the most durable ever in a smartphone, the iPhone X is the most breakable iPhone we've ever tested. The iPhone X's fragility, along with Apple's $549 fee for repairs, make it the definition of a high-risk phone.”

This is far from surprising from a company that has become synonymous with costly repairs and fragile devices, with a common joke in the community being that they're doing so on purpose to make money on repairs. Whether it's the iPhone 4 or the iPhone 5s, there is history in this company with cracked screens and higher repair costs. Granted, this is coming from someone that cracked his Google Nexus 6P just a few short months ago, but still.

If you want a full breakdown of exactly how fragile the iPhone X is, take a look at their breakability test below and keep your new smartphone close to your chest!

Read more about the history of the iPhone on TechCo