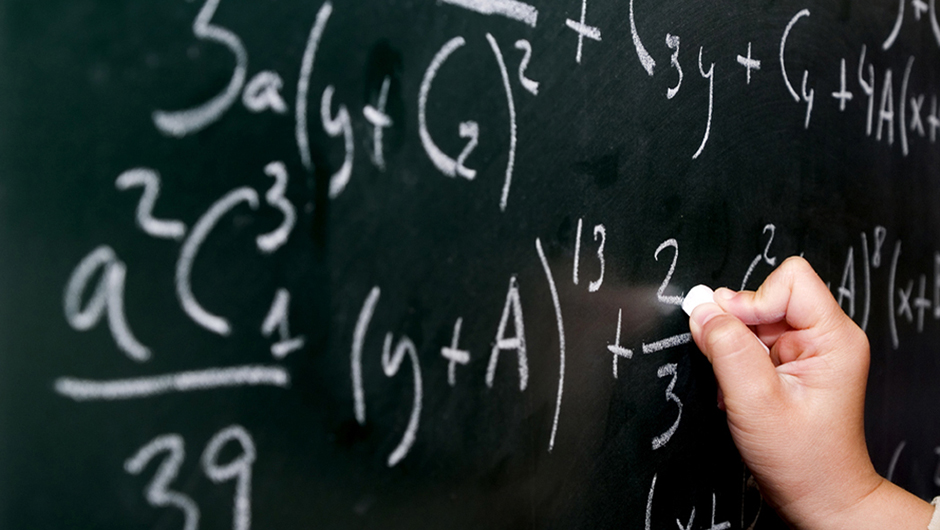 It goes without saying that launching and building a company takes a special type of person. And if you’re a social entrepreneur, tackling some of the world’s most daunting challenges requires a truly unique set of characteristics. These characteristics — five of which I’ll cover in a series of upcoming articles — can apply to anyone building an organization or even growing an initiative, but social entrepreneurs embrace each of these to the fullest.

This is the first in a five-part series written by Jean Case on characteristics that every social entrepreneur needs to thrive.

Be a problem solver

The first characteristic that every social entrepreneur must embrace is the spirit of problem solving. In fact, some of the most interesting companies and innovative breakthroughs have come from ordinary folks who at the start might not have considered themselves entrepreneurs. The truth is, anyone can be an entrepreneur because entrepreneurs are at their simplest problem solvers. As Lily Tomlin famously quipped, “I said ‘Somebody should do something about that.’ Then I realized I am somebody.”

In social enterprise, we’ve seen the emergence of successful leaders who lived a problem and then built an organization to address it. Neil Blumenthal first worked for VisionSpring, a nonprofit that trains female entrepreneurs to fulfill its mission to ensure that everyone in the world has access to eyeglasses. In that role, he helped expand the nonprofit’s presence to 10 countries, supporting thousands of female entrepreneurs and boosting the organization’s staff from two to thirty. But he also realized the enormity of problem and the challenge of scale. In business school he linked up with his cofounders and created the eyeglasses company Warby Parker. Neil saw an opportunity to solve two significant problems through one business: one, dramatically improve consumers’ ability to purchase stylish eyewear at an affordable price through an innovative online sales technique; and two, use the success of the new company to deliver eyeglasses to those in need at scale via a 1-for-1 model. The company’s 1-for-1 model is unique — instead of providing free eyeglasses, Warby Parker trains and equips entrepreneurs in developing countries who in turn sell the glasses. So in addition to delivering improved eyesight, Warby Parker is helping to drive economic opportunity more broadly at scale.

Revolution Foods: The answer starts with me

Then there is the story of two moms — Kristen Groos Richmond and Kirsten Saenz Tobey. Two professionals from the education sector who grew frustrated by the poor choices of food available to students that they witnessed daily while working in and with public schools. So they set out to co-found Revolution Foods — more than just a company, Revolution Foods is truly creating a food revolution in our nation’s schools. Their mission: To build lifelong healthy eaters by making kid-inspired, chef-crafted food accessible to all. Now serving more than 1 million meals a week, Kristin and Kirsten are great models of being “that somebody” who did something about a really big problem and have built a great company in the process.

Alexander Graham Bell: Solve one problem, but don't stop there

But this idea of the greatest entrepreneurs and inventors being “problem solvers” isn’t new. Indeed, it was Alexander Graham Bell’s early passion and near-fixation on using new techniques to aid in hearing that contributed to his later inventions in sound technology. Bell’s own mother had lost her hearing when Bell was just 12 and he had spent his young years finding different techniques to communicate with her. He turned his full time passion and career toward helping the hearing impaired as a renowned teacher of the deaf in Boston, all the while developing innovations to help this community communicate. Many believe it was his marriage to one his students, Mabel Hubbard, a young woman who had lost her hearing at age 5, that served as a great influence for his commercial work. Few developments have so changed the world as Alexander Graham Bell’s telephone. What is often lost in the story is that it all started with a problem he was trying to solve.

And then there is Madame CJ Walker. She had a problem. Her hair was falling out and what remained didn’t have the softness and the sheen she desired. It was the early 1900s and Madame Walker was a young black woman from the South. Frustrated by lack of products available to address her needs, she invented her own line of African-American hair care products which she proceeded to promote by traveling around the country lecturing, giving demonstrations and selling the products. She found so much success, she later established the Madame CJ Walker Laboratories, which she used to manufacture her products and train beauticians. By first setting out to solve a problem, Madame Walker built a hair care empire that enabled her to become among the nation’s first self-made female millionaires. Before her life was over, she embarked on another important role — that of generous philanthropist, where there too, she worked diligently to address problems in her own community and across the nation.

These are just a few examples — old and new — that demonstrate how entrepreneurs have built great businesses starting with the simple act of solving a problem. Next time you find yourself frustrated or something gets under your skin and you are made to think, “if only…” that could be a moment when your new social enterprise is born. But, solving a problem is just the beginning of an entrepreneur's journey. Watch this space — next week, we’ll share more on the second characteristic that social entrepreneurs need in order to thrive — absorbing the lessons of others before you.

Jean Case is an actively engaged philanthropist, investor and a pioneer in the world of interactive technologies. Her career in the private sector spanned nearly two decades before she and her husband, Steve Case, created the Case Foundation in 1997. A passionate believer in all things digital and the amazing potential of technology to change the world for the better, Jean and her team focus the efforts of the Foundation around many of the same entrepreneurial approaches she and Steve cultivated throughout their business careers. The Case Foundation is recognized for its leadership in leveraging new technologies and applying innovative approaches to increase giving; catalyze civic and business participation; and promote innovation, collaboration and leadership in the nonprofit sector. Jean serves on the National Geographic Society Board of Trustees, as well as on the boards of Accelerate Brain Cancer Cure (ABC2), SnagFilms and BrainScope Company, Inc. She also serves on the advisory boards of the Harvard Business School Social Enterprise Initiative, the Stanford Center on Philanthropy and Civil Society, Georgetown University’s Beeck Center for Social Impact & Innovation, the Brain Trust Accelerator Fund and the U.S. National Advisory Board to the Social Impact Investing Task Force (SIITF) established by the G8. Jean and Steve joined The Giving Pledge, started by Bill Gates and Warren Buffett in 2010, and publicly reaffirmed their commitment to give away the majority of their wealth to fund worthy charitable causes. That same year, they were named to Barron’s “25 Best Givers” list. In 2013, Jean was named a finalist for the “Most Admired Nonprofit CEO” award by the Washington Business Journal, which in 2011 named her Corporate Philanthropist of the Year. The National Conference on Citizenship (NCoC) also honored Jean and Steve as the 2011 Citizens of the Year. In 2014, Jean was conferred an honorary Doctor of Humane Letters degree from Indiana University Lilly Family School of Philanthropy.