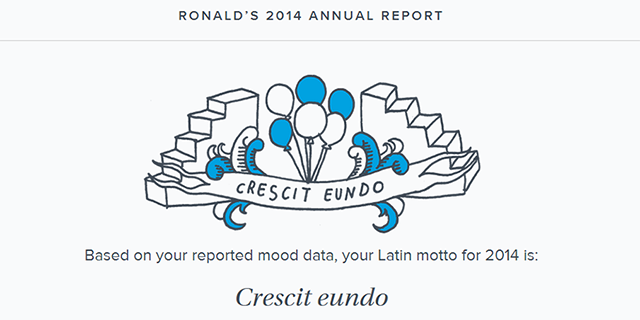 Warby Parker – the New York, NY-based eyeglasses startup that has every traditional, prescription eyeglass retailer fearing for survival – released its 2014 annual report yesterday, but in a way that's a little more atypical from other companies. Rather than releasing a digital packet of information that most people would be unlikely to read, the company presented its 2014 achievements through an engaging page on its site. What's more, though, is that the company also released a fun, make-your-own annual report through which people can poke a little fun at traditional reports.

The custom annual report builder by Warby Parker is a quick, fun, and quirky tool of engagement for the brand. Encouraging site users to build their own reports, the annual report builder lets people create their own personalized annual reports based on answers to a series of questions. From answers that include a picture of a man break-dancing whilst reading a book, to ones with statements like “Because he's a strong, independent chicken,” one could easily predict the level of seriousness of the annual report it will produce for you.

Though, while the questions and their corresponding answers were a bit off-base, the report generated turns out to be a little more interesting than you'd expect. While still replete with silly proclamations, some of the listed on my own annual report were actually useful (such as the list of recommended books). 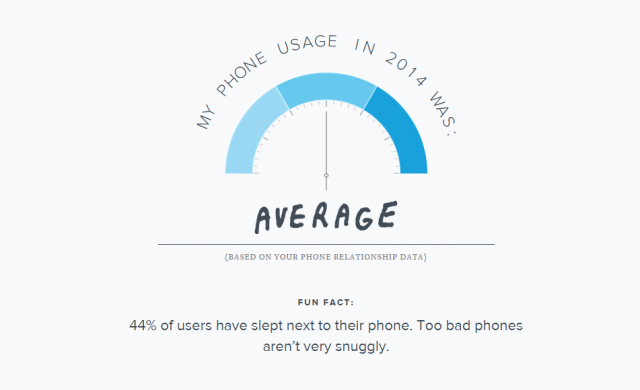 Just a sampling from my own annual report, thanks to Warby Parker's 2014 Make-Your-Own Annual Report.

What's so significant about this make-your-own annual report, though, is that it tells a bigger story about one of the reasons for Warby Parker's success: its ability to not only engage with consumers, but to do so in meaningful ways. This annual report builder not only conveys the company's understanding of an increasingly modern and tech-centric society, but understands that to the point at which it has created a highly-shareable, online, promotional tool through which it can easily spread its own, very real, year in review.

According to Warby Parker's 2014 annual review, the company has managed to accomplish a lot. By mid-2014, the company had managed to donate more than 1 million glasses to people in need through its buy-a-pair-give-a-pair program. In the past year, they opened up new stores in Atlanta, Chicago, Dallas, Los Angeles, San Francisco, and even more in New York. And, I mean, Oprah bought 26 pairs of Warby Parker glasses – so, there's that.

Make your own 2014 annual report by visiting Warby Parker's website.