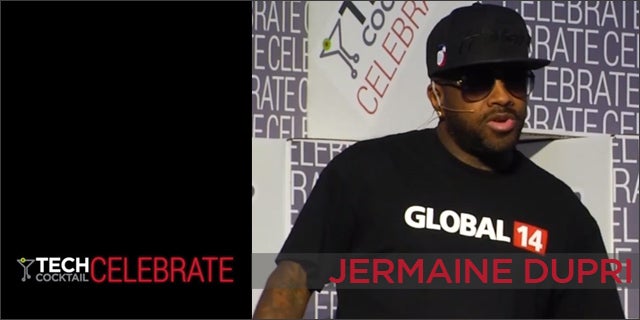 Global 14, as he feels, is the way social networking and social media should be. It was inspired by the fact that while a lot of people know about Dupri and his music, nobody had any idea of what his other interests and ambitions might be.

During his talk, Dupri mentioned that technology and music are driving down a very similar path, but when he comes to tech events, he’s the only musician there. But that’s why it’s so important for him to go; mixing and interacting with a new culture is one of the most interesting parts of life.

In fact, culture and the way people come together to create things is the most inspiring thing to Dupri, period. The tech startup scene is a perfect example of mixing different cultures, which is one of the elements that Celebrate focused on. It’s those type of situations where you learn more about yourself, your culture, and how you fit into the world.

Here is the video: