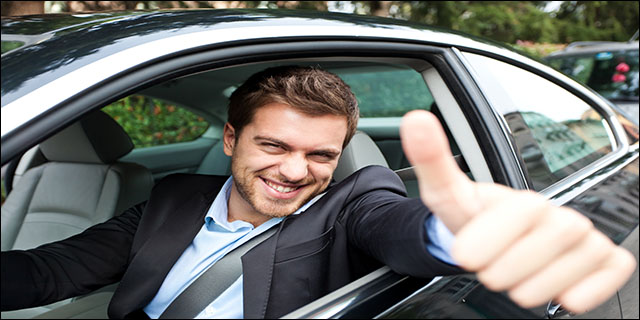 The powerful cab lobby, the Nevada Taxicab Authority, and the Nevada Attorney General did not prevail against Uber in a Las Vegas District Court today, when Judge Douglas Herndon, himself a former Prosecutor, said the Nevada Attorney General's office failed to show that Uber was causing “irreparable harm” to public safety. However, judges in Washoe County (the county that hosts Reno as its county seat) and Carson City (the state capital, which is also independent of any county) granted orders without hearings, according to reports in the Las Vegas Review-Journal.

According to Uber's attorney Donald Campbell, the rulings in northern Nevada are void because the company “had no opportunity to be heard” before the court. As for the reason that Judge Herndon allowed Uber to continue operating in Clark County, he said “competition in business is a good thing.” But he did authorize the Taxicab Authority and the Nevada Transportation Authority to enforce Nevada law. This will continue to create, then, a very sticky situation since the very application of the law remains in dispute when the practice of ride sharing in Nevada occurs. Uber connects riders with drivers, and does so in over 200 cities worldwide. In Nevada, however, officials refuse to see this as anything but accepting cab fares and operating a cab without a license.

Nevada's taxi and limo laws are some of the strictest in the country: they protect a $400 million/year industry. Although tech-enabled ridesharing companies have faced challenges in many areas throughout the country, normally they have been able to smooth over regulatory issues by showing that they are not actually breaking the law. In Nevada, however, the cab industry is regulated by a board of officials who were appointed with significant lobby dollars.

Investigations leading up to today's hearing in Las Vegas uncovered this somewhat dramatic and scandalous story:

According to John L Smith of the Review-Journal, one of the Uber drivers who was detained and arrested by masked undercover Taxicab Authority officials was unknowingly driving a passenger who was later identified as Jonathan P. Poteat,  the director of technology for the Whittlesea Bell cab company. To make matters worse, the driver was cited for allowing an open container in the vehicle. It seems that Poteat or his fellow passenger was “sipping from a red Solo cup the investigators believed had alcohol in it.”

In other cities, these services have found challenge and triumph as they continue to enable a technologically connected culture among citizens looking to participate in a free market. Paris is currently assessing fines to Uber for violating a rule that makes carpooling for profit illegal. The battle for ridesharing services in San Francisco is not over, as their screening processes continue to be challenged, even as both Sidecar and Lyft can now boast partnerships with SFO airport.

The sharing economy continues to be a major battleground as people decide for themselves whether they trust each other enough to share services and exchange money for such. According to WIRED magazine, a poll of 1200 Americans in October 2013 found that 41% of respondents place significant trust in the people they hire to work in their home. eBay was formed on the premise that “People are basically good,” as consumers successfully trusted each other enough to believe in product descriptions, send payment, and await shipment from person to person, not regulated business to consumer.