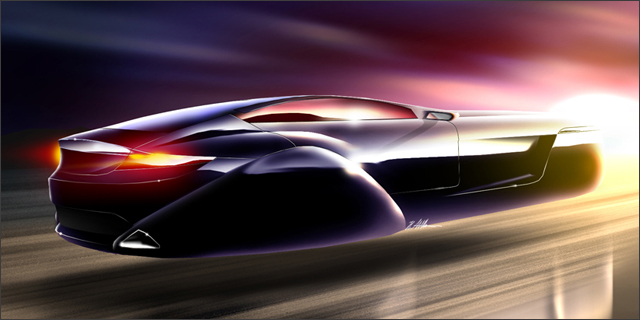 Maybe the words of the legendary automotive pioneer Henry Ford in 1940, when he said that a combination airplane and motorcar would happen, were the inspiration for the fictional futuristic animated cartoon, The Jetsons.

The Jetsons was set in the year 2062, 100 years ahead of its actual creation and broadcast date and featured amongst other ideas, robotic creations, holograms and a flying car, so perhaps Hanna-Barbera were knew more than the rest of us about the future of technology.

Close to becoming a reality

Technological advances in recent years mean that the idea of a flying car is much closer to becoming reality than you might think, provided the safety authorities allow our air space to be used in this way.

The U.S Experimental Aircraft Association has long since held the goal of realizing the dream of Henry Ford and fusing the characteristics of a plane with a car. Engineering and regulatory hurdles have often gotten in the way of these ambitions, but the dream of a flying car becoming a mainstream mode of transportation is moving closer to reality.

The AeroMobil 2.5 was unveiled recently at the AeroTech air show exhibition in Montreal and is being billed as a hybrid vehicle that opens up the opportunity for true door-to-door travel, where you can take off and land at any airport and simply drive away for the rest of your journey on a conventional road.

It is built from a lightweight steel framework with a carbon coating and is able to accommodate two people. The big selling point for this particular vehicle is that the creators claim it can be parked in a conventional parking space due to its collapsible wings.

The hybrid vehicle has a take-off speed of 90mph, and when it is in the air and operating as an airplane, it can reach a speed of 124mph.

The flying car as a commercially viable idea has moved a step closer with the Federal Aviation Authority granting an experimental airworthiness certificate for a rival project known as the Transition and described by Terrafugia – the company behind the creation – as a “roadable aircraft.”

Once full approval has been granted to a number of different companies who are striving to be the first to create a commercially successful model, the battle will be on to win over car enthusiasts who also have flying experience – as well as deep pockets – considering that the cost of one of these vehicles is probably going to be quite high.

Could we be on the verge of flying cars, Jetsons-style, in the near future?

This article was contributed by Chris Beck who is a Content Producer/contributor and also a well published freelance writer in the insurance and tech space. Originally from Asheville, NC and a University of South Carolina Alum. I am also an avid Gamecock sports follower... I have a family of four including a twin brother, 6 if you include our Fox Hound and German Shepard.